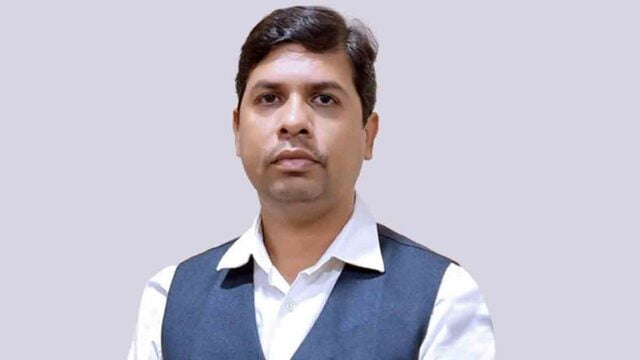 The majority of the youngsters dream of becoming rich and enjoy a great life in the future but there are very few who think more about others than for themselves and want to work for the welfare of the poor and needy.

Suryakant Mishra may be a very popular name in the political circles of Mumbai in the present times but it is his zeal of changing lives of the suppressed section of the society which prompted him to join politics. Like any other youngster, he also had the option of focusing on only his life and his family and ignoring the plight of others but he chose to walk on the thorns and wipe the tears of those who had nobody to help.

He performed his responsibility in a very good manner as many political rallies and protests were undertaken and many social initiatives such as blood donation camps were also organized. Soon Suryakant Mishra became one of the most famous faces among the youth as they feel very much connected with him due to his active involvement and the noble acts done by him in the area.

This strong connectivity of Suryakant Mishra with the youngsters convinced the higher authorities that he is ready for bigger responsibility in the organization and he was promoted to the parent organization, Mumbai Congress. In 2019, he was appointed at the post of Secretary of Mumbai Congress and he did justice to the trust bestowed on him as he fulfilled all the responsibilities given to him by the party in the best possible manner. Suryakant Mishra was a household name by then in Goregaon and he was certainly the strongest candidate for contesting the 2019 Maharashtra Assembly Elections but the Congress party didn’t do justice to him as election ticket from Goregaon was given to someone else who lost the election by a record margin.

Though Suryakant Mishra was pretty disappointed with the decision of the party, he kept on working as a true worker, fulfilling all the responsibilities given to him. He along with his team carried out a number of important initiatives which were helpful for common people as they distributed wheel chairs, umbrellas, blankets, school kits, books, dry ration, steam inhalation machines and numerous other things. Suryakant Mishra continued with this good work during the times of the coronavirus pandemic as well and he was praised by many leaders along with the President of the Mumbai unit, Bhai Jagtap. His hard work was soon noticed by the party and in 2021, he was appointed as the General Secretary of Mumbai Congress.

Suryakant Mishra is certainly an inspiration for many youngsters, especially for those who want to join politics from Non- political family as he is a perfect example for the statement, “Be the change that you want to see in the World”.