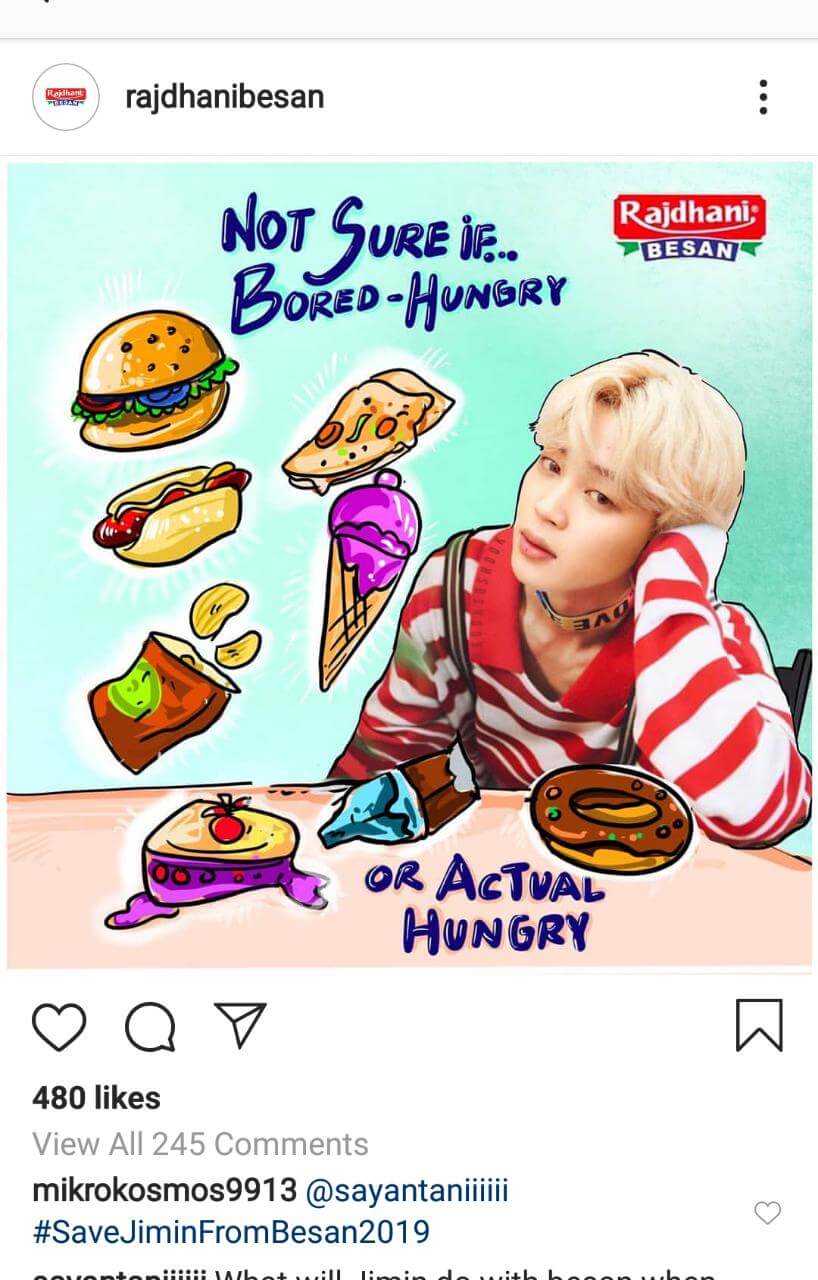 It was just another day while I was scrolling through my Instagram feed when I came across a very peculiar post. 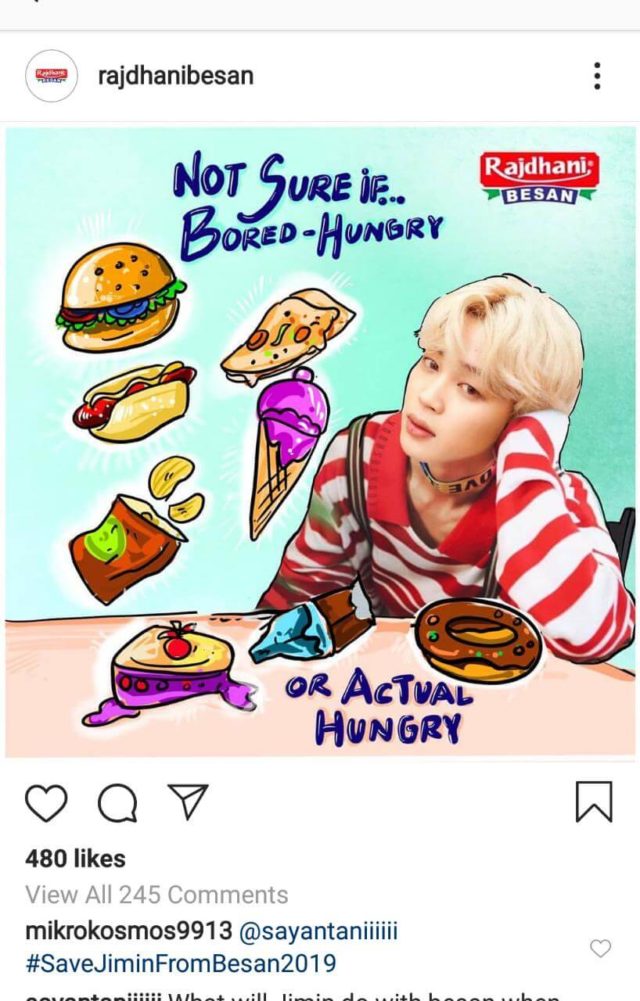 For those who don’t know, BTS is a South Korean band consisting of 7 members RM, Jin, Yoongi, J-Hope, Jimin, V and Jungkook.

Currently, they are probably the biggest musical act in the world, and slowly growing more and more influential in the music industry.

The way they tackle issues like depression, education system, competitive society, the lazy culture of millennials etc in their music is something that has really allowed their fans (called ARMYs) to create a strong bond with them.

They have returned home after completing the first left of their sold out stadium tour and recently broke a 24 year old record and a Guinness World Record at the same time by selling over 3.2 million MOTS: Persona albums making it the best selling album of South Korea.

Where Is The Besan Here?

All that might be true, but their international influence is still majorly seen in the UK and US.

So it was quite surprising to see a random brand selling besan (gram flour or channa dal) used in Indian dishes using the image of one the members Jimin to advertise their product.

The Indian fanbase is there sure, but it has still not broken through the mainstream media like other Western artists like Taylor Swift, Coldplay, Justin Bieber and others.

A lot of the Indian fans quickly jumped on the post and the post had about 250 or so comments within just an hour or so of posting.

To my knowledge this is the first time that an Indian brand is using their image but in a way this is positive to see how brands are realising the kind of attention they can bring in.

At least that is what I’m hoping for and not that they just saw a pretty face and decided to create a poster out of it for no good reason.

Read More: What Are Some Inside Jokes Of BTS ARMYs That New Fans Should Know About?

ARMYs were quick to notice this and reacted on Twitter instantly, some making fun while others surprised over this in the first place.

i wanted jimin's face on sutta stalls but he made it to rajdhani besan ads instead, god works in different ways https://t.co/EqJF4SiLIG pic.twitter.com/oBWhLq8A2c

The account has deleted the post now, probably after seeing the massive attention on them and understanding the legal ramifications this could have if Big Hit or someone big decided to sue the brand.