In the last one year Sonu Nigam has once again struck discord with the Indian audience by claiming that he wished he was from Pakistan.

Sonu Nigam, a noted Indian playback singer, live performer, host and actor was recently in the news for sparking controversial statements regarding the use of loudspeakers during Azaan.

As an accomplished singer who is known as the person behind several successful Bollywood numbers, Sonu Nigam has a fair share of controversies to his credit.

Recently, speaking at the Agenda Aaj Tak Summit, Sonu Nigam proceeded to ignite yet another fire by saying that he wished he was from Pakistan, reports News18.

“Sometimes, I feel as if it would have been better if I were from Pakistan.

At least I would get offers from India,” he said.

While indicating that Indians were head over heels in love with foreign talent over available desi choices, he went ahead and came down heavily upon the culture of remixes Indians enjoyed and how it harms a singer.

Sonu, known as controversy’s favourite child, further went on to lambast the music industry’s infamous greed for demanding money from singers for their performance.

“Nowadays, singers have to pay music companies for shows. If we don’t shell out the money, they will play songs sung by other singers and highlight them. Then, they will take money from them,” he criticised.

If you weren’t already aware of the reason why he’s called controversy’s favourite child, here are five to equip you:

Sonu who lives in the outskirts, is known to love his bit of peace and quiet. He is said to have been allegedly disturbed by the regular Azaan played by a local mosque near his residence. The perturbed singer started tweeting about this situation and the whole thing grew to a new level of controversy. Before we knew it, the man had shaved his head to challenge a Maulvi.

Radhe Maa, a self-proclaimed Indian guru, is quite well known for her erratic attire, love for paparazzi and cringe worthy spiritual discourses. She has been criticized many times by people all around us and the most prominent one to rescue her was Sonu Nigam.

He tweeted, “Just my 2 pence. Kaali Maa is depicted in lesser clothes than Radhe Maa. Interesting that this country wants to sue a woman for her clothes.”

The rage that followed on the Internet was no less than the opening of a Pandora’s box, trailing with multiple FIRs filed against the singer for hurting religious sentiments.

After his Azaan statements that rocked the Indian diaspora, none of us saw him discussing about that time when he performed on a flight in transit disturbing almost all his co-passengers. A video of him had gone viral where he’s seen using the flight’s announcement system for a performance none of the passengers had paid or asked for. As a result the in-flight staff were suspended from duty for entertaining this.

4. His Tussle With A Prominent Music Label

His professional life is no stranger to controversies as five years ago he had announced his retirement following a sour taste with a leading music label. The true Twiteratti in him never hesitated to spare this incident also and the drama that ensued was unusual in its own terms. They patched up two years later.

5. Taking A Dig At Karan Johar

The strong professional bond that Sonu Nigam shares with Karan Johar is well known in Bollywood, especially after he became the playback voice of Shah Rukh Khan in almost all of Karan’s movies. But a particular scene in Ae Dil Hain Mushkil took a dangerous step where Ranbir Kapoor and Anushka Sharma can be seen making fun of Mohammed Rafi. This obviously sent all the Rafi fanatics into a crazy state of fits with Sonu Nigam rising up to wield the baton.

“If you can listen to the same joke about your parents then we are wrong. If your blood boils that how can someone say something like this about my parents, then hum sahi hain beta,”  Sonu Nigam had tweeted in a raucous slam against Karan Johar.

Now after Karan Johar said this, how could Sonu Nigam keep his peace at all?

He ended up tweeting, “So it’s all about loving your family, and disrespecting others’!! And this is not revelling in self Importance. UFFFFFFF….”

In a time where people create a furore over religion and nationalism, Sonu’s remarks come as a massive attack on a lot of people, some of which include his fan circle as well.

Language is an efficient tool capable of being the spade that roots you or the axe that chops you. The sooner one realizes this the better it is. 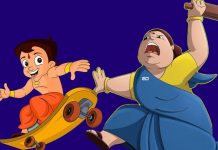 FlippED: Our Bloggers Argue Whether Cartoons Have A Negative Or Positive Impact On Children