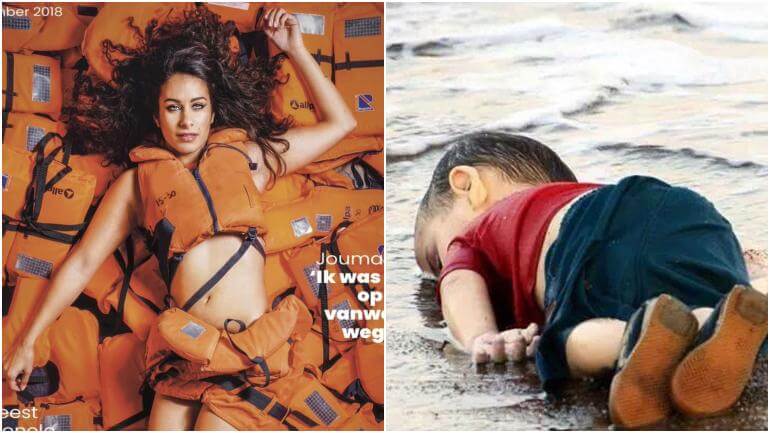 Let us explain to you what the controversy is about.

According to their website, Amnesty International is a world-renowned and reputed movement aiming to fight for the protection of human rights . 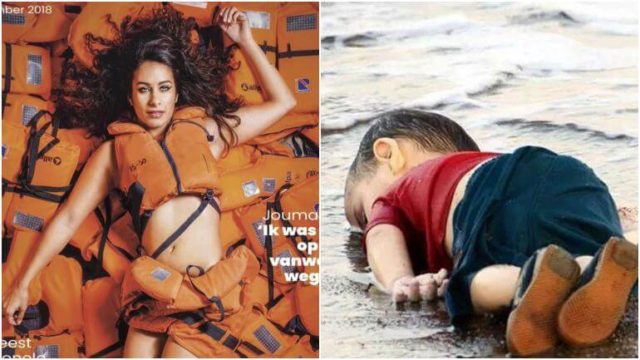 The organization working for humanitarian cause is facing accusations of ‘sexualizing’ the cause for “drawing people’s attention towards the issue”. 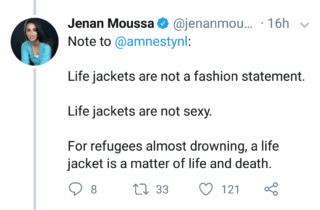 The controversy sparked when Amnesty International issued the latest edition of its magazine ‘Glamoria’ and its cover featured a model in a life jacket, lying on a bed of life jackets. This edition of the magazine was supposed to talk about the Mediterranean refugee crisis but remained in headlines for another reason.

The organization had to face a lot of criticism on various social media platforms. Many people tweeted over this ‘insensitivity’ of Amnesty International and condemned the organization for compromising the efforts undertaken towards solving the crisis.

How Did The Organization React?

The unveiling of the cover was followed by many journalists tweeting on it. One of them is Jenan Moussa who said the following:- 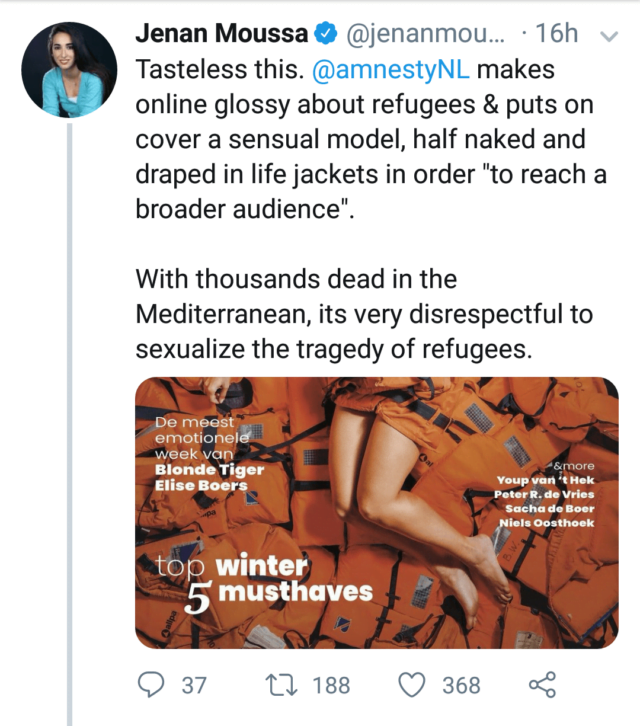 The organization in a reply to what Jenan said wrote an apology on Twitter and said that they have removed the front cover of the magazine. 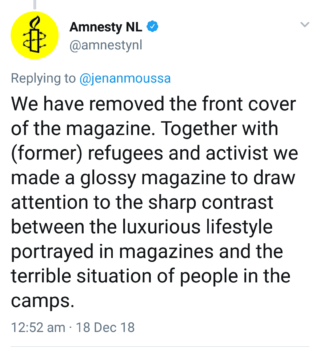 But the controversy did not end here.

A real refugee wrote on Twitter, “Long story short, I arrived to Greece last year, wearing such life jacket. I was with my wife, two friends and 57 other refugees from different nationalities. And guess what…most of the life jackets were too bad, I believed that they will never do the job in case our little lovely small crowded plastic boat drowned. There were children, women and men there.” 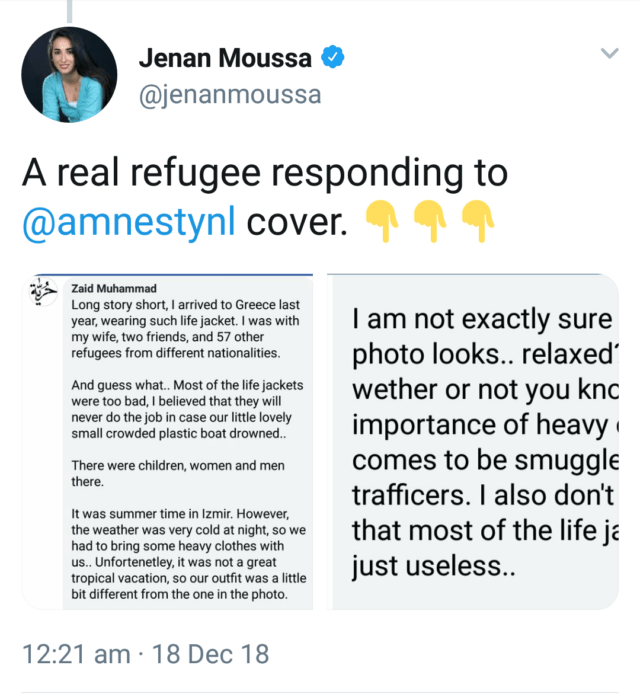 What Is The Crisis About?

According to the new UNHRC report, the Mediterranean crisis was ‘deadlier than ever’ in 2018. The death toll has been rising sharply as more and more people are trying to cross the Mediterranean sea to reach the European countries. 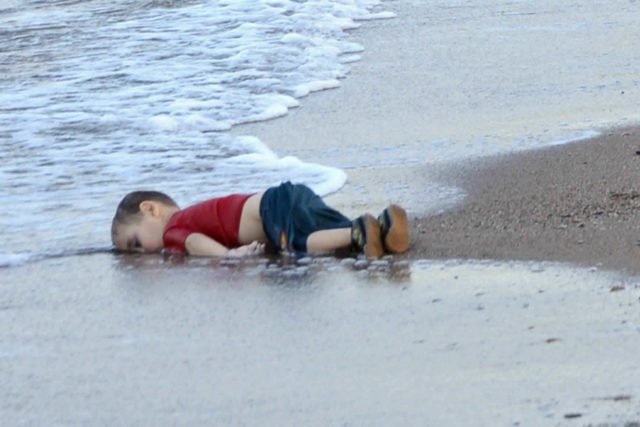 It must be taken into account that there have been various real-life photographs on this issue like the picture of the lifeless body of Turkish kid Aylan Kurdi. But Amnesty International chose to feature a controversial image as the cover of their magazine.

ED Originals Janhavi Sharma - December 7, 2021
FlippED is an ED Original style wherein two bloggers come together and share their opposing or orthogonal perspectives on an interesting subject.  Alcohol and marijuana...