Home ED Originals Sanju Review: How The Movie Presented A Biased Tale In The Name... 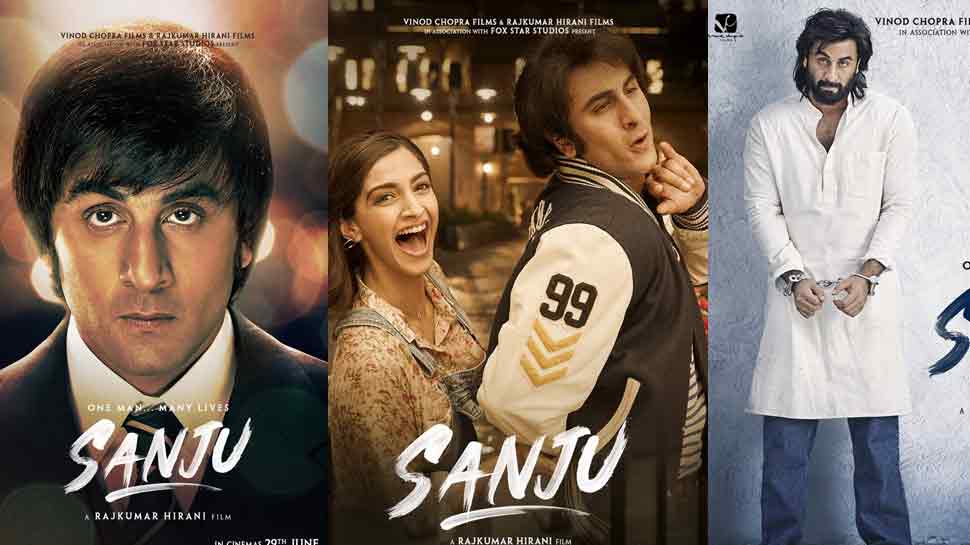 Biographies can create an enduring impact if they work. I remember growing up with the captivating portrayal of Gandhi by Sir Ben Kingsley or the Daniel Day-Lewis’s version of Abraham Lincoln that stuck with me over the years.

Rajkumar Hirani can be seen as a modern socialist through his films where he fairly manages to make a point on moral grounds.

Be it the alleged discrimination in the medical system forming the heart of the Munna Bhai MBBS narrative or the use of “Gandhism” in Lage Raho Munna Bhai, his art comprised of an attack on the prevailing evils in our society.

The critique of the education system in 3 Idiots was one of the best blows that we will possibly remember in the ages to come.

Needless to say, Rajkumar Hirani’s simplistic formula of disguising emotions with humor while trying to tap on the repressed anger stemming from injustice was not the essence of Sanju.

The film which starts off with Sanjay Dutt along with Manyata Dutt begging a famous journalist to cover his side of the spiced-up story has its share of hilarious potshots at people’s accents, especially as the story switches to the main entrée of his setup with his best friend, Kamalesh.

I didn’t feel much-invested in-jokes pertaining to satisfying one’s talaab or the casual sexual(Ghappaghap) discourse between two best friends as they felt similar on the lines of the balatkaar joke from 3 Idiots.

Hirani’s unapologetic attempt at tidying up a privileged character such as Sanjay Dutt by mixing women with drinks offers a one-sided perspective about how male misbehavior can be misunderstood.

You Can Also Read: Andaman Islands Fought The Battle For Independence Too And Here’s What History Books Never Tell

The Self-Justification Is Not Convenient

Sanjay Dutt is cast as a victim throughout the film where he blames someone for his inner demons reducing him to a son making many bad choices.

Let’s flash black to the reasons behind him spiraling out of control.

His drug abuse was the mistake of a friend portrayed by Jim Sarbh or the pressure of not being able to live up to the inherent legacy of his family.

We aren’t fools to believe the relationship between AK-56 and the need for self-defense during riots as depicted in the film.

And the media bashing seems legit only from the director’s perspective but we are losing out on Dutt being the Khalnayak as he ends up becoming the hero of the film.

Ranbir Kapoor nails Dutt’s anxiety especially in the second half of the movie where I stood in awe with the self-destructive ways and the failures in establishing a warm relationship with his father till the end.

Vicky Kaushal immerses himself into the role of Dutt’s friend who didn’t give up on his friend except for the time when he blindly believed in a washed out media story about Sanjay Dutt hiding RDX in a truck that was used in the 1993 Mumbai Bomb Blasts.

Paresh Rawal aka Sunil Dutt’s Jaddu ki Jhappi did wonders when Manisha Koirala’s character took us to the black-and-white era through her striking resemblance to Nargis Dutt.

Looking back at the power of a biopic which felt increasingly regardful of Dutt’s struggles to establish himself as not a terrorist, I can still remind myself about the bent shoulders, droopy eyes and the shoddy gait portrayed by Ranbir Kapoor instead of dwelling on the message of the film which felt biased on so many ends.

Sources: The HuffPost India, The Wire, The Hindu