Indian sports is filled with immensely talented sportspersons who put in their blood, sweat and tears to bring laurels for the nation at various sports events.

Many of these sports stars came from humble backgrounds and faced economic and social barriers that restricted them from pursuing their dreams. But, in spite of all the struggles, these players made their way ahead towards success and glory.

From Indian boxer Vijender Singh to weightlifter Mirabai Chanu, there are many sports stars who have proven that one can achieve anything with enormous hard work, willpower and perseverance. Let’s have a look at the journey of Indian Olympic athletes who didn’t let their impoverished state of living hinder their dedication to accomplish their dreams: 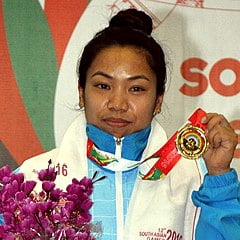 She was born in a humble family, where her father worked as a government employee and her mother ran a small shop.

As a kid, Chanu used to carry buckets full of water on her head to assist her mother. Her family realized her potential to be a weightlifter, when at the age of 12, she carried a bundle of firewood with ease, while her brother struggled to lift it.

She decided to pursue weightlifting in 2007 when she joined Khuman Lampak Sports Complex in Imphal and trained under Anita Chanu. Kunjarani Devi, a seven-time World Championship silver-medalist and national coach was her inspiration.

She has won several accolades including several golds at World Championships and a silver at Olympics till date.

Mangte Chungneijang Mary Kom, also known as ‘Magnificent Mary’ is a boxer and a member of Parliament. She is the only Indian female boxer to win eight medals at World Championships and a bronze medal at the 2012 Summer Olympics.

Mary Kom hails from Kangathei village, Moirang Lamkhai in the Churachandpur district of Manipur. She grew up in a poor household and her both parents worked as tenant farmers in jhum fields. 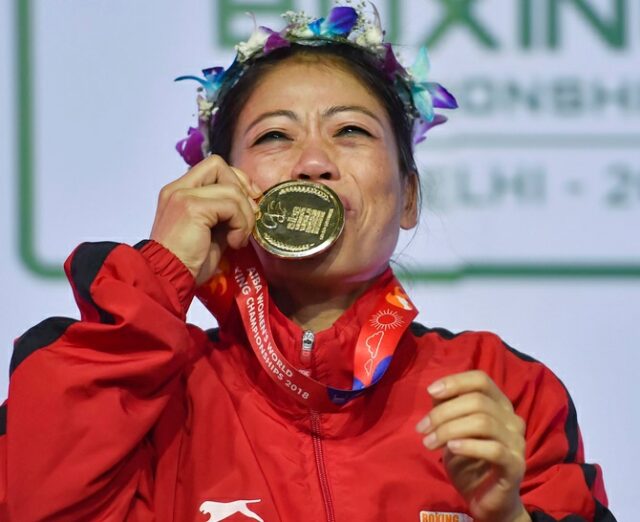 Kom took a keen interest in athletics from her childhood days. She later switched to boxing after getting inspired by Dingko Singh, who won gold in the Bangkok Games in 1998.

Despite severe opposition from her father, who feared that boxing would hurt Kom’s face and spoil her chances of marriage, she decided to continue her training under K. Kosana Meitei and left her hometown to study at Sports Academy in Imphal.

A film named ‘Mary Kom’ featuring Priyanka Chopra has been made on her life.

Lovlina Borgohain is an Indian boxer who rose to fame when she clinched the bronze medal in the women’s welterweight event at the Tokyo Olympics.

Borgohain was born in a poor family in the Golaghat district of Assam. Her father is a small-scale businessman and struggled to support his daughter’s ambition. 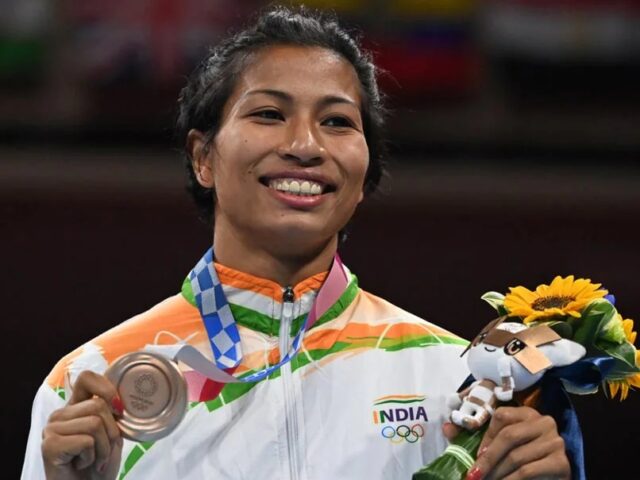 As a kid, Borgohain followed the footsteps of her twin sisters Licha and Lima and took up kickboxing as her primary sport. Thereafter, she switched to boxing.

She joined the Sports Authority Of India, Guwahati to train in boxing after renowned coach Padum Chandra selected her from the SAI trials held at her school in 2012.

Her family faced financial problems due to which many obstacles came in her way while training. But, despite all adversities, Borgohain continued to pursue her passion with the support of her parents.

Rani Rampal is currently the captain of the Indian women’s hockey team that entered the semi-finals by defeating Australia at the Tokyo Olympics. 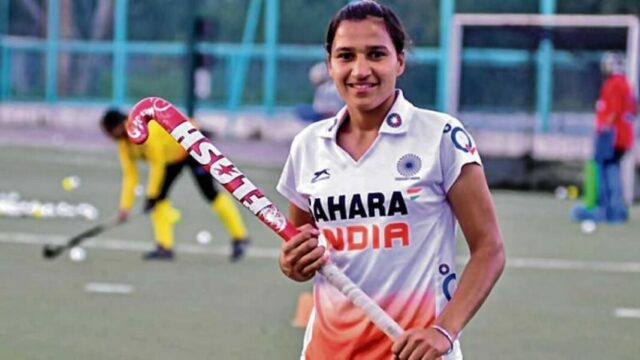 Rani hails from Shahabad Markanda in Haryana. She was born in a poor family, where her father worked as a cart puller and her mother was a maid.

Rani, who got attracted to hockey at an early age, didn’t have a hockey stick to practice her game. She revealed in an interview with TOI that her father couldn’t afford to buy a hockey stick when she asked for one.

But, it was the strong willpower and dedication that made the 15- year-old Rani the youngest player in the Indian team which played World Cup in 2010.

Vijender Singh is an acclaimed Indian boxer, hailing from Kaluwas village, 5 kilometers away from the Bhiwani district of Haryana. 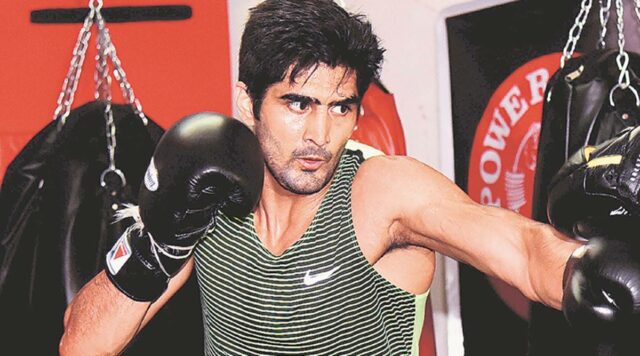 His father was a bus driver with Haryana Roadways and his mother was a homemaker. The financial issues forced his father to drive extra hours, so that he could pay for Vijender and his brother Manoj’s education.

All these athletes are the living testimony to the old adage ‘where there is a will, there’s a way’. Their inspirational stories teach us that one can conquer every battle through dedication and hard work.

ResearchED: Why India, Despite Being Very Talented, Doesn’t Get Many Medals In Olympics?