Tokyo Olympics finally ended on 8th August and we managed to bring home 7 medals in total (1 Gold, 2 silver, and 4 bronze). It is the highest number so far for us, ever since the Olympics commenced. But mere 7 medals for the country housing over 1.36 billion people is hard to believe, isn’t it?

Few could say that we probably lack talent. But, there are countries with far lower populations bagging so many more medals. The United States, for example, won 113 medals when its population is just over 331 million. So, it is difficult for me to grasp that even though we have one billion more people than them, we don’t have as much talent as them.

One could argue that it is probably because we are not as rich as those other countries which win the most medals. And I would agree. We are not as rich as the USA or Germany, but financially competent with countries like Cuba, Jamaica, Brazil, or Ecuador. These countries, like India, do not have a strong economy but this does not prevent them from winning more medals than us.

India started competing in the Olympics in 1900. To date, we have only 35 medals and mere 10 golds. The majority of them are from our past performances in Hockey. So, what are we doing wrong?

Let’s start with the root of the problem – how people perceive sports in the country. Remember when we used to play sports in school? No? Oh yeah, of course. How would you remember when those sports periods were substituted by the Maths or Science teachers because sports don’t help in life, but Pythagoras theorem does!

Most of our parents held a negative view of sports and games. They discouraged us from participating in any activity remotely related to sports. Even if the child had talent and wanted to make a career in a sport, (s)he was not allowed to pursue it.

Then, there is a serious lack of sports infrastructure. There are many parks where there is a strict warning that sports of any kind are not allowed. To prevent them from playing, the ground is splashed with water. Now, I have just one question to ask from such people – what are kids supposed to do in parks, if not play?

After this, can you blame the child for watching too much television, when grown-ups are doing everything possible to stop them from participating in sports? “We do not want our children to become a generation of spectators. Rather we want each of them to be a participant in the vigorous life,” said US President John F. Kennedy in the 60s. We, in India, are making absolutely sure that our kids have no choice but to be glued to their mobile and TV screens.

India’s GDP per capita is among the lowest in the world, not even comparable to countries like the USA, China, and Germany. This lack of funds combined with the practice of corruption is not the best combination for sports development.

“Each medal costs the UK 5.5 million pounds. That’s the sort of investment needed. Let’s not expect much until we put systems in place at home,” tweeted Abhinav Bindra in 2016. Sports require a massive amount of investment. Providing a nutritional diet to players, building stadiums and complexes, and hiring the best coaches comes under the preliminary requirements, and India can barely manage it.

It has also been observed that most sportspersons come from rural India, and belong to economically weaker sections of society. For them, financial security is an important factor, which sports fail to provide in India. Hence, very few people actually take sports as a career. 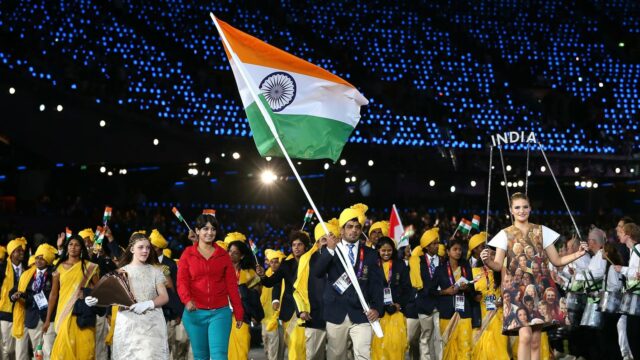 Cricket – The Supreme Religion In India

Imagine representing your country on an international platform, winning a medal in the sport, but getting hardly any cheers from your own countrymen. That’s what happens with every sportsperson who plays any sport other than cricket.

Every victory in cricket is regarded and appreciated by people. Cricketers are regarded as celebrities. Everyone wants to know what happens in the lives of Virat Kohli and Mahendra Singh Dhoni.

But, have you ever shown interest in following an archer or a Kabbadi player? Did you even know what Javelin’s throw was before Neeraj Chopra won gold in it? If we don’t encourage those players, then the motivation to bring home a medal is naturally lower.

At the beginning of this article, I wrote that even poor countries like Jamaica and Kenya perform considerably well in the Olympics. So, what gives them the advantage over us to win medals? The answer is genes.

Long and middle-distance races are dominated by Kenyan athletes from Rift Valley, while sprinting is dominated by athletes from Jamaica. They have better lung power, which gives them an edge over players from any other country. Those countries identified their strength and made sure that they are invincible there.

India’s strength was hockey. Our players were used to trap, dribble, and pass the ball on the grass surfaces. Nobody in the world could do it as well as our players. But, the problem started when they started playing it on astroturf, which our players were not familiar with. So, they changed the rules of that one sport which was our strength.

Will The Situation Ever Change?

Probably. There is not a clear yes or no answer to this. The situation can change. But, the first thing that needs changing is our attitude towards sports. Physical education should be made a compulsory requirement in schools. Not only will this help find good players, but also give students a chance to direct their energy somewhere.

Our country needs more sports complexes. Recently, Odisha’s cabinet approved the proposal to construct 89 indoor stadiums in different urban areas with an investment of a little over 690 crores. More such decisions are needed in every state to boost the culture of sports in the country.

If every winner was showered with the kind of support that Neeraj Chopra got this time, then this would increase the morale of players. They would have an incentive to win, the incentive being recognition and fame.

Who knows? Maybe the next Olympics would be India’s time to shine.

Why Do The Olympic Winners Bite Their Medals?