Females getting hurled over with misogynistic comments, abuses or even rape threats on social media platforms is an everyday story of these times. Mumbai based stand-up comedian Agrima Joshua is the new name added to the catalogue.

What Is The Matter?

Recently an year-old video of Agrima Joshua went viral in which she could be seen joking about the statue of Chhatrapati Shivaji Maharaj, situated in Mumbai. 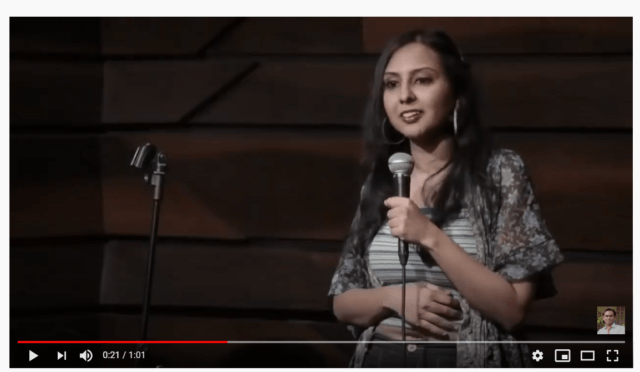 The remarks made by her were deemed objectionable by many and following the criticism, she pulled down that video and even sought an apology on Twitter for the same. 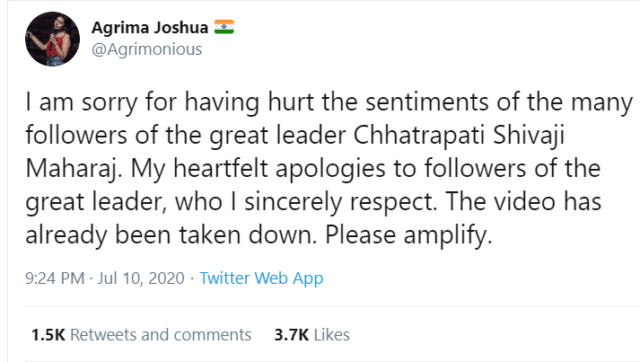 After the huge outrage, Maharashtra Home Minister Anil Deshmukh intervened and instructed the police to take legal action against the comedian.

“I have instructed CP [Commissioner of Police] Mumbai and IG [Inspector General] Cyber to take legal action expeditiously,” he tweeted. “I urge everyone to maintain calm, and the law will take its course.”

But things did not go down well personally with a Gujarat based guy named Shubham Mishra who shot a video for the comedian, letting his fury out in the most disrespectful, abusive and threatening way possible.

In his video, he hurled abuses not only at the comedian but her mother too. His words were pathetic and bad enough to make anyone angry.

As soon as his uncivil and distasteful video surfaced online, he was condemned all over and was made to pull down the video.

To clarify his ‘abusive and threatful remarks’, he posted another video where he was spotted reminding his viewers of his supposedly positive side on how he would always support girls and rape victims. 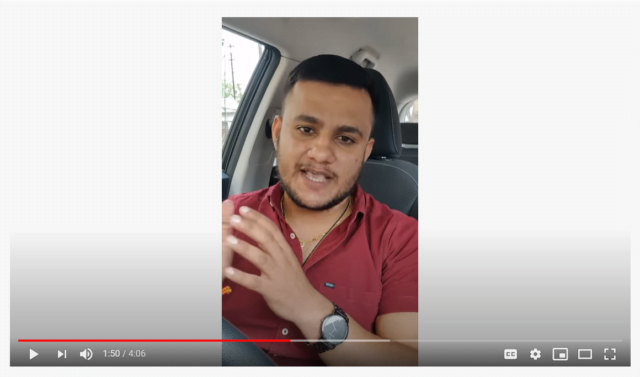 But can a mere step back justify his actions? What kind of freedom do such people enjoy that lets them insult someone in this disgusting and shameful manner?

Outrage That Followed His Offensive Remarks

Shubham Mishra, a YouTuber with 298,000 subscribers and more than 35,000 followers on Instagram seems to be a spin-off of former Bigg Boss contestant Hindustani Bhau who is also immensely popular for his abusive rants on social issues.

Shubham is a so-called influencer on social media and this extreme mentality of his makes me think of the influence that he casts on his viewers.

Thankfully, social media has not yet become a filthy space completely and there are many people who, in no time, tend to sack the freedom of such people.

Shubham’s abusive and aggressive video was shared by many known people such as Kusha Kapila, Kunal Kamra, Swara Bhaskar, Mallika Dua, etc. and gradually the story spread like wildfire across various platforms. 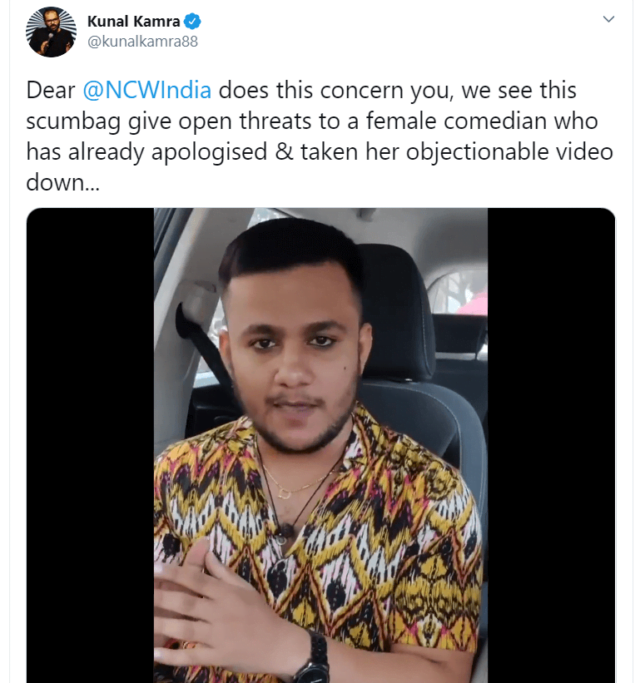 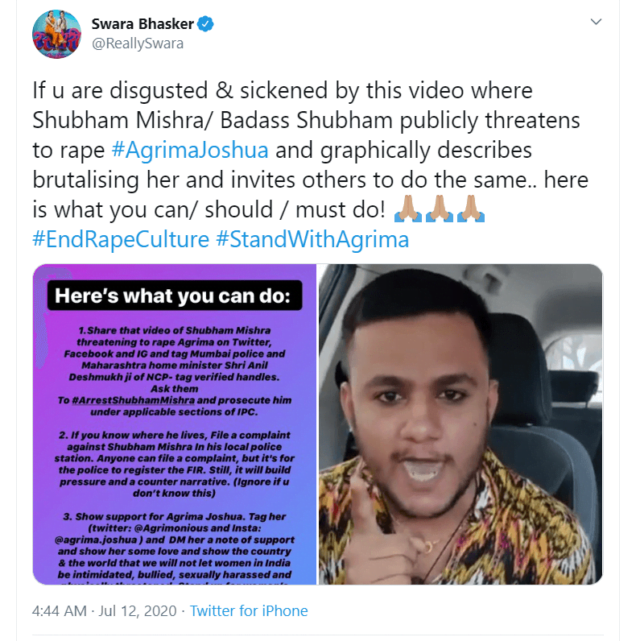 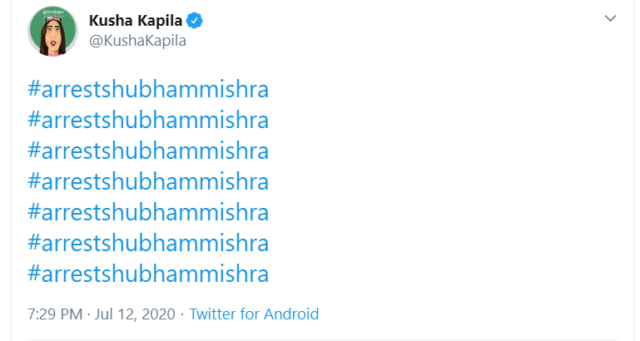 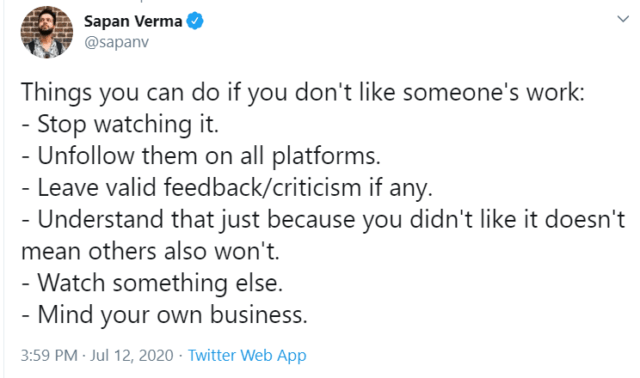 Condemning this misogynistic deed, Twitterati got vocal in expressing their demand for strict action against Shubham.

Beside the furore on social media by influencers, the National Commission for Women had also written a letter to Gujarat Director General of Police (DGP) seeking immediate action against Shubham.

Post this, an FIR was registered against him and now he has been detained in Vadodara under the Suo Moto action. 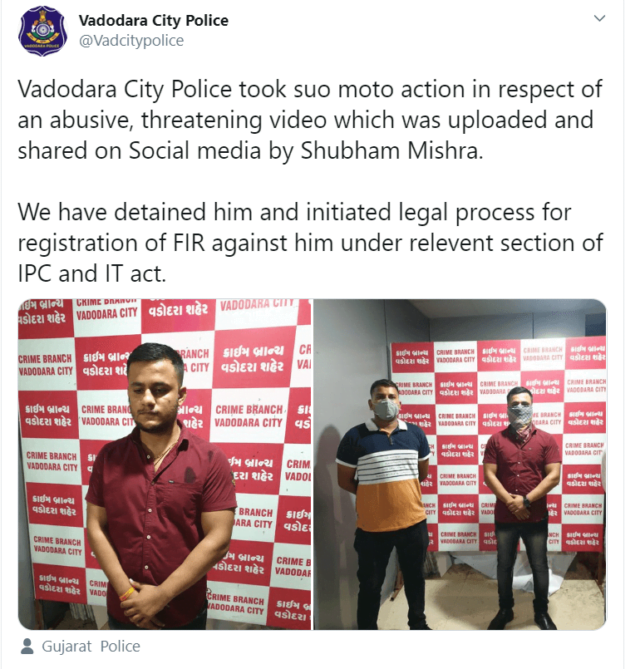 The steps taken against Shubham will surely be a lesson for everyone to be mindful of their actions as society is now growing to be absolutely intolerant to such misogynistic acts.

Sources: The Times Of India, Firstpost, The Free Press Journal