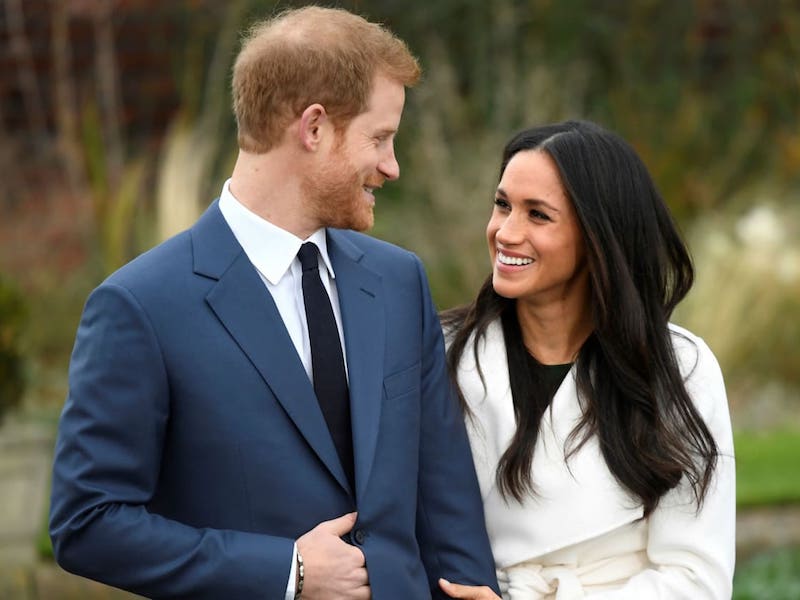 From beer pong to the after party at Frogsmore House, the royal wedding reception managed to mingle the UK and US party cultures in more than just holy matrimony! This late night and much less formal party included famous celebrities, lots and lots of drinking with the dance rhythms of DJ Idris Elba.

Let us have a look at some crazy after party things that gave me FOMO:

The All American beer pong

Beer pong is a drinking game incredibly popular with American University students. Here you throw tennis balls at into cups of beer.

At the party, guess who won the game? Serena Williams, of course! 23-time Grand Slam winner Serena even wore trainers under her gown and let us on a little secret that she often wore sneakers under her evening gown.

Related: In Pics: What Famous Indian Royal Families Are Up To Today

“When Harry met Meghan” became the drink of the night that was a rum and ginger combo.

George Clooney, the sexy man turned bartender for a few hours and was reportedly one of the last guests to leave! He owns the billion-dollar drinks brand Casamigos Tequilla and according to the US Weekly, there was a bar for the same at the party where he flaunted his bartending skills. The royalty couldn’t get laid back in a more American way than this.

Prince Harry and Markle made sure their guests do not tire their feet from dancing and do not stop at it too! Troian Bellisario from Pretty Little Liars posted a picture of herself in slippers that were kept for the guests’ convenience at the DJ.

They couldn’t get more considerate. Could you BE more American?

The midnight snacks menu included candyfloss and “dirty burgers. It was also themed “dress to the nines” owing to the old-fashioned glamour and Pol Roger champagne.

According to The Sun, “There was a glass marquee for dinner, festival-themed stalls, and bars outside, with different themed drinks.”

Gin vermouth cocktail was reportedly one of the favorites among the guests.

Even the light-bite canapés at the sit-down dinner earlier were themed “spring meets summer” where Britain’s top chef, Clare Smyth was hired.

The traditional first dance of the couple was less so as they asked the guests to join them on it.

The song chosen was Whitney Houston classic “I Wanna Dance with Somebody” and gradually the DJ moved to more R&B styles and a lindy hip.

Chat show superstar James Corden compered a dance-off between Prince Harry, Charles, and William. It was unexpected and sent everyone laughing! The evening definitely was a lot like a West End club with its carnivalesque setting!

Meghan Markle Breaks These Traditions At Her Royal Wedding, Like A Queen