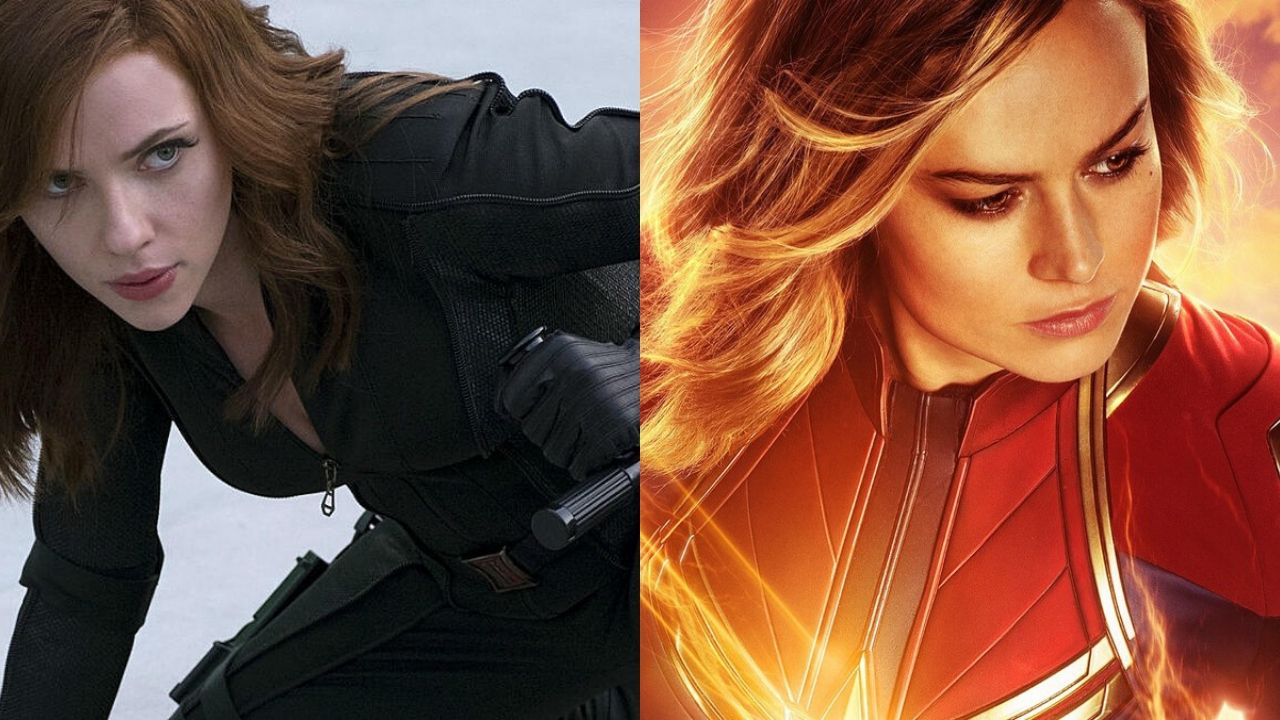 It only took a decade but Black Widow finally has a solo movie. The first teaser was released 2 days ago and has raised people’s excitement level for the film. It would be nice to see Black Widow one more time especially after the events of Avengers: Endgame.

Her arc in that film was extremely moving. We could feel how adamant she was about not letting a tragedy like ‘the snap’ happen again.

The opening shot gives us hope that we might finally find out what happened in Budapest. The teaser also marks the first appearance of Yelena, Natasha’s sister who many hope will appear in future Marvel movies. Then there is the Red Guardian (Hopper there you are, El misses you). Our curiosity about the Widow’s mysterious past might finally be satiated with this film.

However, a group of people can’t simply be content that the movie looks promising. They had to drag Carol Danvers in the middle of this and compare her with Black Widow. This doesn’t make any sense as Black Widow is going to be an espionage movie while Captain Marvel is a space opera-style film. I haven’t seen anyone comparing Hawkeye and Star-Lord.

The only thing these 2 movies have in common is that they both have female leads. But I guess people just can’t miss an opportunity to express their abhorrence towards Brie Larson.

The Hate Is Strong With Carol Danvers

Ever since the trailer for Captain Marvel was released last year the contempt for the actress and the character she’s portraying has only multiplied. Some people want Rogue to take away her powers as she did in the comics, now that Disney has bought the rights for X-Men.

Others wanted Larson to be replaced the way they substituted Edward Norton with Mark Ruffalo and Terrance Howard with Don Cheadle.

Some ‘fans’ were sure that this would be the first Marvel movie that flops. It gave me immense joy when all their hopes were dashed and the movie made a billion dollars at the box office.

There were also many threads claiming that the Avengers cast hated her. According to some people Chris Hemsworth, Jeremy Renner, and Don Cheadle couldn’t stand her.

She filmed most of her Endgame scenes with just a green screen so she wasn’t familiar with her co-stars, others have known each-other longer so they are more comfortable around one another.

Even after Cheadle had clarified on social media that he had no qualms with Larson, the hatred train just won’t stop.

Larson has a dry sense of humor, something people appreciate in male comics but when a woman goes for deadpan humor, we call her a b*tch.

I went to see the movie with my sister and we had a good time. I especially liked the moment when she realizes her full potential and forces Ronan the Accuser to retreat with his forces. All in all, it was like a typical Marvel movie. I understand that some people had legitimate criticism and shouldn’t be clubbed with the misogynists.

There are things I didn’t like as well. However, by no means, the movie was a dumpster fire as many like to quote it. Many are also salty that Black Widow wasn’t the first female superhero in MCU to get a solo movie but that isn’t Larson’s fault.

Why This Much Rage Over Brie Larson?

When the promotions for Captain Marvel were going on, I came across several social media threads that were filled with antipathy towards Brie Larson.

Larson has said that she wanted her press junket to be more diverse. She stated that she doesn’t want to remove anyone but bring more seats to the table but people kept screaming ‘PC agenda’.

Another incident that enraged people was when she defended the movie ‘A Wrinkle In Time’.

The movie was made for women of color who have been ignored by Hollywood for the longest time and hence how the movie impacted them should be given significance. People were quick to label her as a man-hater and criticized her for being racist towards white men. Hostility towards her reached its zenith when some imbeciles started comparing her to Hitler. What the hell!

This isn’t the first time people have tried to elevate one female character or actress by bringing the other down. Cat-fights between actresses are everyone’s favorite entertainment and it supports their narrative that women are always envious of each other.

Scarlett Johansson and Brie Larson seem to be on good terms as is visible in their interviews together but we can’t leave our stereotypes behind, can we?

There were also rumors that Elizabeth Olsen didn’t like that Larson got a solo-movie and other such rubbish. When the movie was running in the theatres they also tried to pit it against ‘Alita: Battle Angel’.

The examples are endless. People try to justify sexist behavior by reasoning that they love Wonder Woman, Wanda Maximoff, etc, it’s just Larson they don’t like. But I specifically remember that people had problems with Wonder Woman too, one of the stupidest complaints was that Gal Gadot was not beautiful enough to play the iconic character.

People use this comparison between female characters as a shield that protects them from being labeled a misogynist and they keep carrying on with their hatred filled comments.

Iron Man and Captain America fought on screen still people never wanted to erase either character. But as some people don’t like Brie Larson they’ll belittle her at every turn.

We only have a handful of female superheroes and things like this diminish their popularity and make it difficult to have more female characters with significant roles.

So, please can we stop this ridiculousness already? They both deserve our love.