Retail giant Pantaloons is currently facing backlash for suspending almost 25 employees after an incident in one of their Kolkata outlets: the employees were playing the national anthem. Pantaloons has dismissed those claims.

The chain is also being accused of discriminatory treatment to Bengali employees.

The Background of The Backlash

25 employees were fired after they played the national anthem in one of the outlets in Kolkata.

According to one employee, “25 of the 150 employees were suspended for playing of the national anthem and backing those against whom action was being taken. Since then, suspension letters are being slapped one after another”.

The news came to light after BJP’s National Secretary and President of Sanskriti Service Organisation, Y. Satya Kumar shared the news on Twitter along with the hashtag.

“25 WORKERS OF @PANTALOONSINDIA WERE SUSPENDED FOR SINGING NATIONAL ANTHEM IN KOLKATA. THEY ARE ON DHARNA FROM LAST 6 DAYS AGAINST THE ACTION. IS TOP MANAGEMENT AWARE OF IT? OR DOING THIS AT THE BEHEST OF TMC? NATIONAL ANTHEM IS OUR PRIDE, HOW CAN ANYONE BE RETRENCHED FOR THAT?” 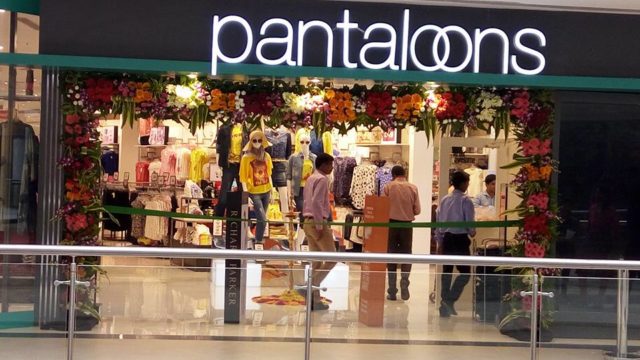 Fans were outrageous when the news first broke out and the hashtag #boycottpantaloons trended on Twitter.

“I too have an issue with #Pantaloons. They ask customers if we want to donate money for charity at the time of billing. You are a big company if you want to do some charity, do it from your end. Why pester #customers and make them feel awkward??#BoycottPantaloons”.

Read More – As A Millennial, Here’s Why I Deleted All My Shopping Apps

People were quick to call out the TMCP government as well for not taking adequate action against the Pantaloons authorities. They also discussed about the discrimination between Bengali and Non-Bengali people.

“the main problem is the discrimination between non-Hindi speaking Bengali & Hindi speaking people. Bengalis who are unable to speak fluent Hindi are always looked down upon. Also, most of the stores with Non-Bengali owners look down upon the Bengali customers”.

A video showed employees on strike with placards and slogans like “we want justice from the management”.

“25 of the 150 employees were suspended for playing of the national anthem and backing those against whom action was being taken. Since then, suspension letters are being slapped one after another”, an employee revealed. 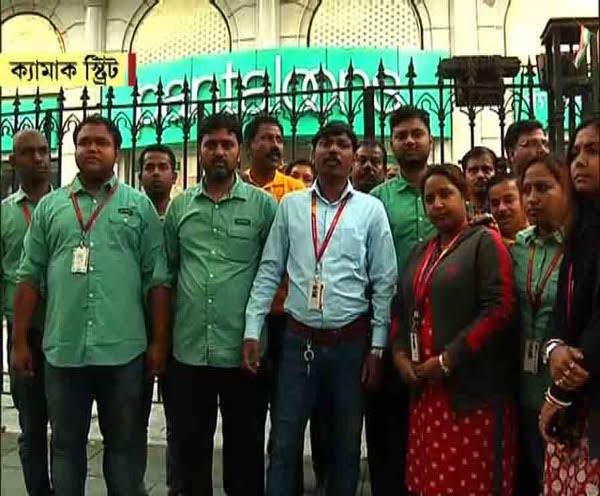 The employees have been holding a sit-in or a “dharna” in the Camac Street showroom for the past six days.

Recently, Bharatiya Janata Party (BJP) leader Rakesh Singh met the protesting employees and supported their cause. He also saw the suspension letter which started it all.

“It has been reported against you that on 15th August 2019, between 12-30 p.m. and 1.45 p.m. you misbehaved with store manager and abused him in front of customer, raising questions about playing of music at the store on the occasion of Independence Day and also misbehaved with one customer while on duty,” said the letter, according to Singh.

Pantaloons has issued a counter statement dismissing the claims and said that the suspended employees were suspended for a “gross act of indiscipline which is being investigated”.

“Disciplinary action was taken due to a variety of reasons ranging from acts of violence in the presence of customers, disruption of store operations, threatening female employees and abusing co-workers. Any other insinuation regarding the suspension letter is blatantly false,” the company said in a statement. 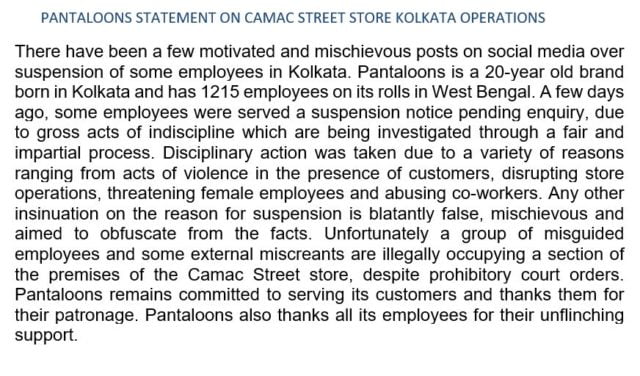 The statement added that some employees and a clan of hooligans were illegally occupying a section of the Camac Street store despite court orders.

Whether the argument of nationalism is valid or not is a question for another time but freedom of expression, as well as the right to sing the National Anthem, is every citizen’s constitutional right.

The discrimination between Hindi and non-Hindi speakers is also getting very evident. But the fact that the discrimination is being done in the heart of the capital of West Bengal is truly unthinkable.

The Government and the Camac Street Pantaloons authorities are yet to comment on the situation and allegations.

Are You Into Wasteful Spending And Compulsive Shopping? Here’s What To Do About It