Netflix has over millions of fans worldwide but how many of Netflix users actually pay for the content they binge-watch every weekend? Sometimes, even you and I have been guilty of watching movies and shows whose bills are being paid off by our friends and relatives, haven’t we?

To put an end to this practice, a UK based start-up, Synamedia  has come up with a new artificial intelligence (AI) software that will be able to stop users from sharing their passwords extensively on various streaming sites such as Netflix, Prime, and Hotstar among others.

This new tool which makes use of the principles of machine learning, will be able to spot the different locations where a streaming service account is being used. The collected data will then be handed over to the service providers who can warn their users in case their subscription is being overused.

Apart from the location, the new AI tool will also be able to provide an insight on the time of streaming and the type of content that is being watched by multiple users. 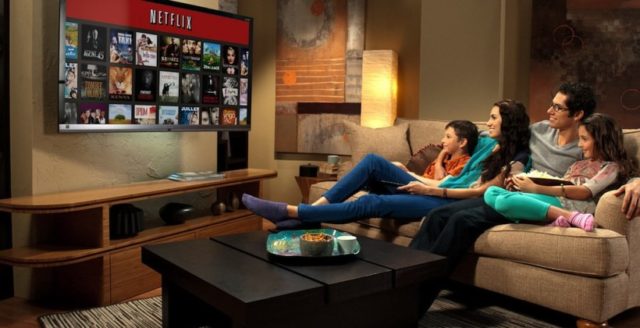 When the software was first unveiled at the recent Consumer Electronics Show (CES) held in Las Vegas then Sky media, Europe’s leading entertainment company was the first one to invest in this start-up.

The software basically aims at reducing the profit leaks that popular streaming companies like Netflix and Prime experience due to sharing of passwords amongst its users.

The company’s plan is to block accounts with extreme password sharing while in minor cases, for example if the account is being shared in a family, then the head of the family will probably be prompted by an email to upgrade to a premium account.

“Casual credential sharing is becoming too expensive to ignore. Our new solution gives operators the ability to take action. Many casual users will be happy to pay an additional fee for a premium, shared service with a greater number of concurrent users. It’s a great way to keep honest people honest while benefiting from an incremental revenue stream.”

In India, Netflix has always been sort of a premium service for most of its users with subscription plans ranging from Rs. 500 to 800. The only advantage we enjoyed was the allowance to stream content on multiple devices, depending upon the plan. People usually used to pool in money to stream it’s various shows and movies alike.

As much as it was an advantage for users, it soon became a bane for the company with people misusing its features and added advantages at their own will.

Considering the profit leaks they’ve been facing, if Netflix and other streaming services like Hotstar and Prime invest into this new artificial intelligence tool then we may soon be robbed off our favorite shows and movies.

Our golden days of binge-watching stuff on Netflix for free may soon come to end, what do you think about this move?