Home Entertainment Our Worst Nightmare: Poo To Return In A Netflix Original From Kabhi... 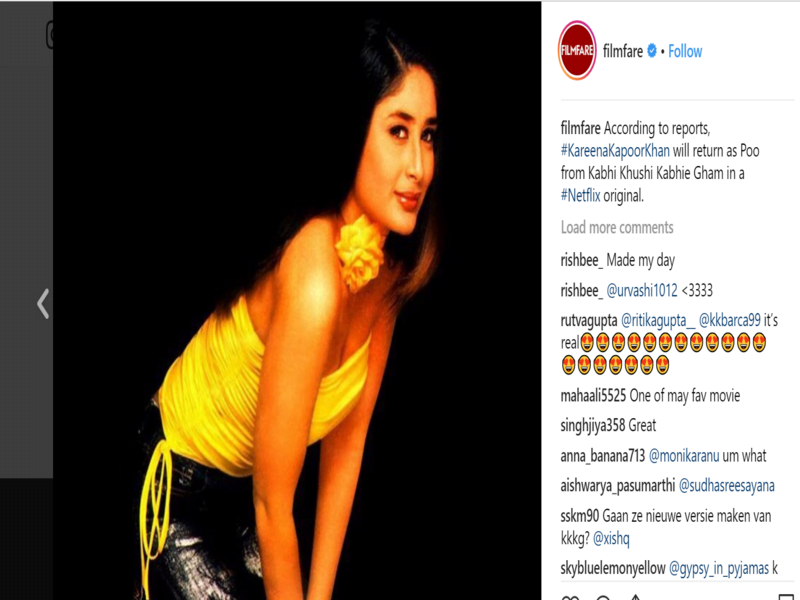 Hate her or love her but you possibly couldn’t have ignored the little diva, Miss Poo from Kabhi Khushi Kabhi Gham when she very haughtily performed a hair-flip and said, ‘Kaun hai yeh, jisnay dubara murr ke mujhe nai dekha?’

Well, if you’re a fan of Kareena Kapoor Khan, get your subscription renewed as the actress is in talks with Netflix for a web series that will feature her as a woman in her mid-thirties, whose character has been inspired from her role in the film Kabhi Khushi Kabhi Gham as Poo.

For now, it has not been confirmed whether the character will be named Poo or something else, but Kareena Kapoor is sure to be seen in a similar avatar from her 2001 hit movie.

Although according to reports, the actress loved the script of the show and is very excited to return as a 35-year-old Poo, netizens seem to have diverse opinions on the subject.

While for some of us it’s a dream come true to witness the iconic character again, many others think that their worst nightmare just came alive.

‘Kareena to return as Poo on Netflix, will you watch it?’

‘Tell me how it waaaaaaaas’

Whether it was her 5 kg makeup or her over the top self-obsessive dialogues, Kareena Kapoor as Poo proved to be a total bummer for quite a few of us, if not many.

First of all, what kind of a nickname is Poo? I mean, seriously I wish the writers had done a little more thinking on devising names for the characters than they did on the entire script.

While some questioned her conveniently wearing two different pieces of footwear for her prom, declaring it to be the newest fashion trend (in which world?!?), others absolutely cringed at her over-dramatic lines.

For the diva must have been too busy taking care of her eyelash extensions, we wondered how did she get into Oxford? I mean, who is next in line to get enrolled? Rakhi Sawant?

As the self-indulgent and narcissistic ‘queen of her own world’, Poo stood in front of the mirror and said, ‘Tumhe koi haq nai ki tum itni khoobsurat lago’, we all realized it was no one else on the screen but Karan Johar’s own alter ego given the shape of a character.

And although ‘Mein Prem Ki Diwani Hun’ tops the list when it comes to giving away the award for the worst over-acting ever, K3G wasn’t much behind in line, with Poo leading the cast.

The ones who are pumping with joy at the news

But no matter how much we criticize her in the film, she did make a name for herself through the 2001 hit family drama. As much as we cringe at the movie now, we all have watched it at least a 100 times on TV.

Whether it was singing to the tune of ‘Suraj Hua Maddham’ with Kajol or matching steps with the diva on ‘You Are My Sonia’, we just can’t stop ourselves when it comes to Karan Johar movies and his love for beautiful scenic backgrounds, chiffon saaris, a heavy family name and much more. 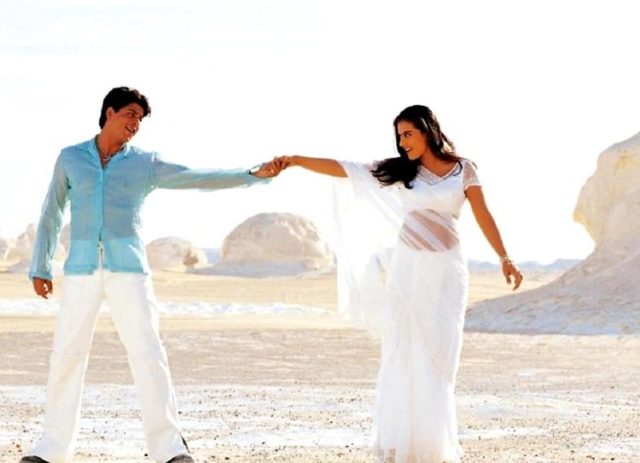 As Poo gave the character of Regina George her own desi touch, I too swooned to be like her indifferent self with no care in the world.

While her self-obsessive dialogues made us laugh, we also somewhere deep down envied her ‘I love myself’ attitude. Didn’t we?

Amidst characters that felt all too familiar, Poo indeed stood out as someone different from the rest. She was unapologetically herself and didn’t give a damn about what people had to say.

Maybe, it was her over-acting only, that somewhere proved to work in her favor because it is not every day that people remember a character so fondly as they remember Poo’s character from K3G.

Well, we don’t know what the new show is gonna be like, but we do hope that this time the right amount and not excess of sarcasm, spunk and ‘self-indulgence’ are added as ingredients to the character.

Tell us in the comments below what you think about her new venture with Netflix that is all set to bring the old unapologetic character of Poo alive, once again.

Why Are Women Like Kareena Kapoor Shy/Scared To Call Themselves Feminists As If It Is A Bad Thing?