Having grown up watching Kabhi Khushi Kabhie Gham, I can say for a fact that it’s my all-time favourite. As far as its reception goes, people have either loved it or hated it, but could never ignore it.

Well, I certainly possess a total bias towards the movie. Having watched it at least a 100 times, reciting every dialogue with the actors on screen and most of all, swooning over POO’s character.

With a cult soundtrack of ‘Suraj Hua Maddham’ and ‘You Are My Sonia’, chiffon sarees, scenic backgrounds, swanky cars and a heavy family name, the movie epitomizes all that KJO stands for. 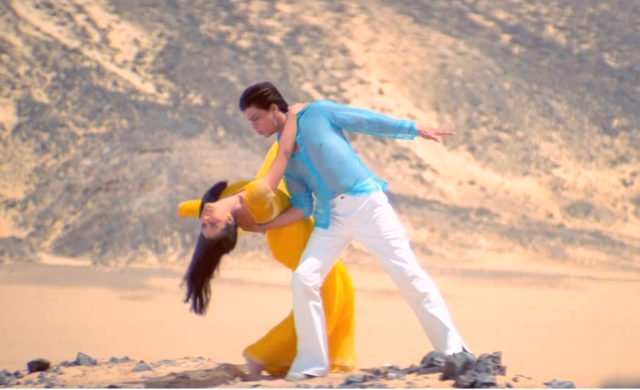 However, this recipe for drama and entertainment, failed to hit the mark at a few places.

Given that Main Prem Ki Deewani Hu tops the list when it comes to overacting, however, K3G wasn’t too far behind. A Hrithik-Kareena duo will automatically yield a film drenched in excessive drama.

From the baritone-ed recitation of dialogues, to the indefinite amounts of crying at odd times, the movie has it all.

Kajol’s (Anjali) overly-Indian demeanor, time and again clumsily dropping the ‘gamla’, being dumb enough to mistake Shahrukh for someone who has come to usurp her sweet shop, all added to the bucket of overacting. 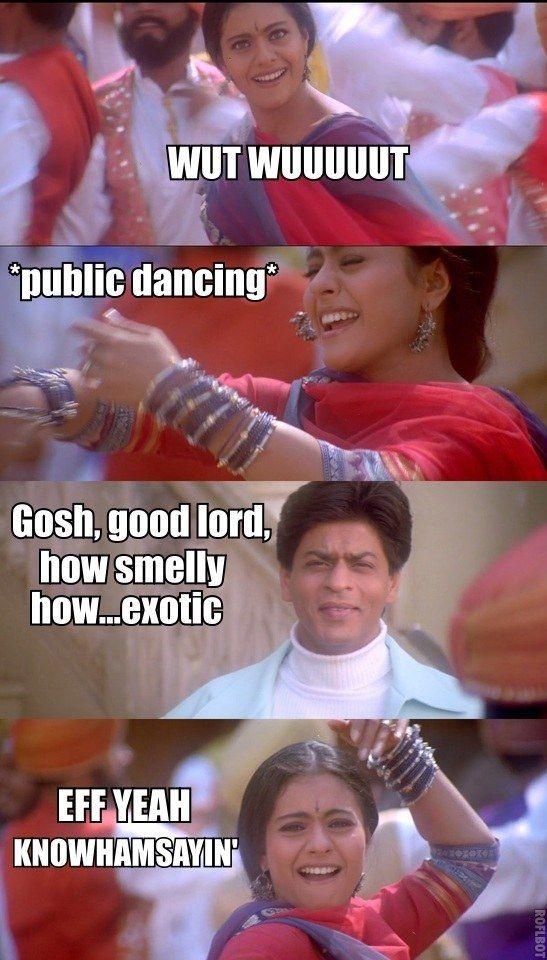 Rohan’s character (Hritik) is also not too far behind. His excessively friendly nature and incessant “kya main aapko bhaiya bula sakta hu” did get pretty annoying. Also notice how Hrithik’s eyes are constantly wet in the second half of the film, like he’s always about to cry.

The only character whose overacting played in her favour was Kareena Kapoor’s Poo. She was unapologetically herself and didn’t give a damn about what people said. 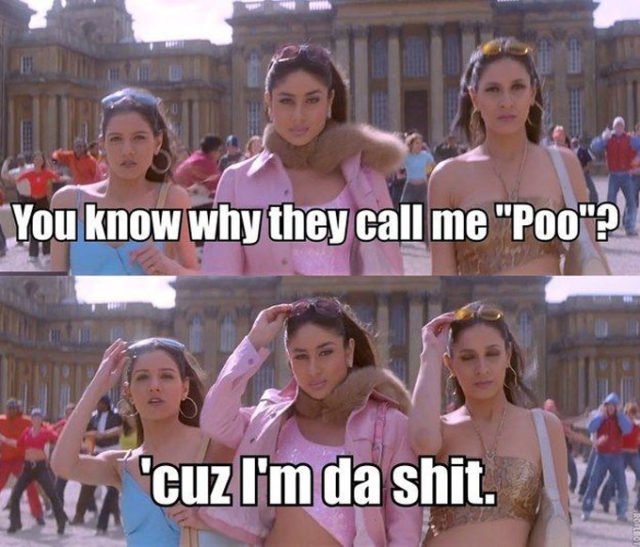 Given that a Karan Johar movie has an unlimited amount of drama, but this one went a notch above.

While the issues that the movie dealt with, were closer to reality, but the overall storyline and some instances were leaning towards unrealism.

Firstly, WHO DOESN’T RECOGNIZE THEIR OWN BROTHER? Granted that they met after a lifetime, but the fact that Rahul (SRK) couldn’t recognize Rohan was a bit of a stretch. 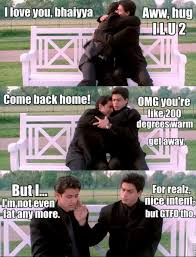 Additionally, how did Rohan manage to get admission in the same college (King’s College) as Poo, that too mid-semester?

When it comes to being extra, no one does it better than KJO. In one of the earlier scenes Rahul is seen as descending from a HELICOPTER, which mind you, does not land on a helipad, but in the backyard of what you’d call a Desi Hogwarts, (supposedly the Raichand house). 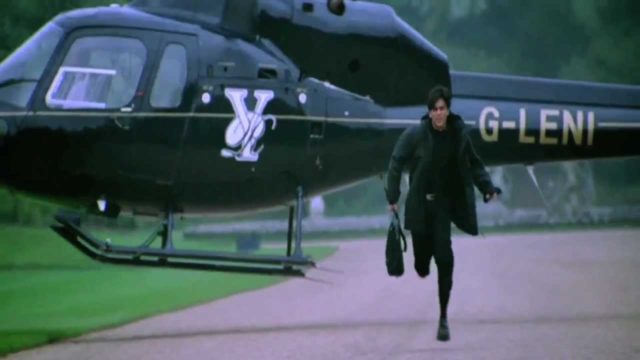 The house itself is so extra, it looks its come straight out of a Downton Abbey-Harry Potter crossover. Too bad “ao kabhi haveli par” wasn’t the catchphrase of the year then. 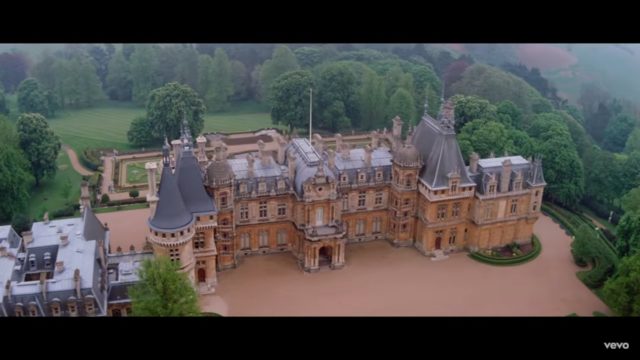 However, the scene that did it for me was when Krish (Kajol and SRK’s son) with an entire choir behind him, sings the Indian National Anthem. I mean come on! You expect people to believe, a bunch of 9-year-old Brits can sing ‘Jana Gana Mana’.

This is perhaps a staple for most family-centric dramas.

Amitabh Bachchan somehow fits naturally into the role of a patriarch. In the movie, Yash Raichand is a successful businessman who likes controlling his entire family.

However, most of that control is exercised over his wife, Nandini (Jaya Bachchan). He constantly negates her opinions and expects her to do all that he asks for (she even ties his tie for him). 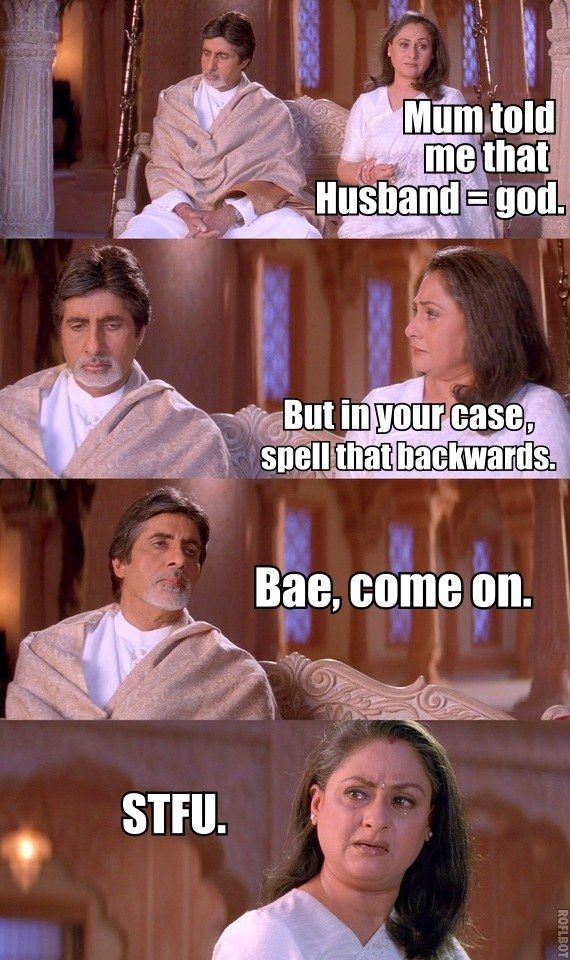 Catholic Bishop’s Conference Of India Says Homosexuality Is Morally Unacceptable, Needs To Be Treated At A Psychological Level, Does Not Contribute To Human Race