With the raging debates on feminism and the frenzy around notions of equality, Kareena Kapoor’s statement on what feminism means to her, sparked a row of backlashes at her.

Time and again, different definitions and ideas of feminism have emerged, which have contributed to an abstract understanding of the concept.

Certain ideas and notions which have developed around popular conception feminism have resulted in the development of a set of women, who fear being branded as feminists. Kareena Kapoor is perhaps one such woman.

Veere Di Wedding star Kareena Kapoor was recently trolled for expressing her ideas about feminism. When asked what feminism means to her, during the music launch of VDW, Kapoor said “I believe in equality. I wouldn’t say I’m a feminist, I would say I’m a woman and above all, I am a human being. I am also as proud to be known as Saif Ali Khan’s wife as I am to be Kareena Kapoor. So that is just the way I am.”

After a series of trolls and jokes directed towards her with regard to the above statement, Kapoor modified her statement and said that people misunderstood what she was trying to say. The modified statement goes like this “ What was wrong with the feminism statement? I’d still say that I believe in equality and there’s nothing wrong in it. Most people think that feminism means male bashing and it makes women superior. However, I would also like to add, that in a way, I am a bit of a feminist but I am a feminist in the right way. I’m not trying to say that men are lesser, because they are not. I believe it takes two to tango in any kind of relationship”.

WHY HER STATEMENTS ARE PROBLEMATIC

THE IDEA OF LABELS

While her statements were contradictory, we need to understand that Feminism is a concept which is constantly evolving. It aims to eradicate the concept of rigidly defining itself and is abstract. It blurs the concept of labels.

Kapoor perhaps doesn’t want to be labelled. But it’s the vocabulary she used that is the bone of contention here.

Also Read: I, A Male Feminist, Don’t Believe That Femininity Is A Weakness In Women

WHAT PROMPTS WOMEN TO NOT CALL THEMSELVES FEMINISTS?

A lot of young women today, are skeptical about calling themselves feminists. In order to understand the root cause of this, we need to clearly establish the components of feminism. Feminism cannot be explained through a mere, unequivocal definition.

While some argue that the term ‘equality’ is inadequate to understand the concept, others say that the notion of feminism itself is too narrow as it only occupies the nomenclature pertaining to one gender.

The term has an underlying ‘intersectionality’ to it. It includes not just ideas on gender equality but also other socio-economic aspects like class, caste, sexuality, economic condition, race, mental health, disability, labour relations, power relations etc.

One of the major reasons why women are divorcing themselves from being called feminists, is the popular understanding of the concept. Social media and the inherent patriarchal culture of society have led to the development of spurious notions of feminism.

The fundamental basis of this popular understanding is that feminists are anti-men.

Another misconceived notion is the fact that feminists fear heterosexuality and that they don’t want families.

But some schools of feminism deal with the idea of bringing about reforms in already existing social institutions like families.

Other misconceptions deal with the fact that only academicians or social activists are feminists. This reinforces stereotypes.

Social conditioning over the years and the constant reassertion of gender binaries for both men and women, time and again have also led to the internalisation of patriarchal notions. These notions are considered to be ‘normal’ due to immense socialisation and conditioning and branding oneself as a feminist seems problematic due to this internalisation.

THE ESSENCE OF FEMINISM

The idea that Feminism pertains only to women and the socio-economic aspects related to them is part of the popular perceptions regarding Feminism.

However, feminism aims to break stereotypes relating to notions of masculinity. Men too have been subjected to grave socialisation and have been accorded certain social roles.

Men are expected to be the breadwinners of their families, they’re supposed to display a certain kind of image of being strong, assertive and dominant.

The essence of feminism is that it provides a method to break away from these archaic representations by advocating gender fluidity and by dismantling clearly defined concepts of femininity and masculinity.

Over the years, feminism has come to include grievances and problems related to the LGBTQ community. It’s breaking the stigma around these staunchly defined gender divisions.

THE DYNAMISM OF FEMINISM

Feminism as a social movement has had achievements over the years. However, its interpretations and perceptions still vary. It is continuously changing. The basic understanding of the concept is still not clearly comprehensible by all due to its abstract nature.

Shashi Tharoor Wants India To Legalise Marijuana: What Do You Think? 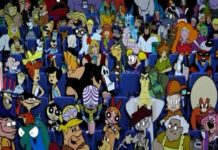