Bollywood has two moods when it comes to LGBT community, one is to pretend that they just do not exist and the second one is to treat them as comic relief characters.

Even if they are given a decent role, they are often portrayed as someone from the fashion industry, since there is a big stereotype how most men in fashion are supposed to be gay.

And while films like Kapoor & Sons, Aligarh and such have tried to break those stereotypes associated with those from the LGBT community and bring them into mainstream Bollywood, it has still been treated with wariness by and large.

However, Sonam Kapoor and Anil Kapoor’s Ek Ladki Ko Dekha To Aisa Laga directed by Shelly Chopra Dhar is breaking many rules that have always been upheld by Bollywood.

Instead of ignoring it or making a comedy out of it, the issue of patriarchy, homosexuality, conservative society and more have been dealt in a very realistic manner in the film.

Also starring Rajkummar Rao and Juhi Chawla, the film tries to show the sensitive topic of homosexuality in the conservative Indian society especially when it’s a girl.

The film is receiving rave reviews for being entertaining but not deviating from its original message and showing the common issues that a lesbian girl would have to go through while trying to come out to her family. Not just that, but it also shows the parent’s perspective and their own fear and unawareness about these topics.

While most actors and other Bollywood insiders are appreciating the film but it’s also left an impact on LGBT activists and more importantly the millennials.

Harish Iyer, a known LGBT activist commented on the film that,

This film challenges patriarchy, makes you celebrate individuality. The overlay of characters is fabulous. If you study every character of the film you will realize that every character is layered and has a purpose. This is fab. #SetLoveFree

In another tweet he said that, “While people were waiting to find the right time and day and age for making a film like this, @VVCFilms actually went ahead and made it.”

Millennials, however, cannot stop celebrating this film and showing their happiness to have such a mainstream film with commercial actors deal with the topic of homosexuality.

What a great movie #EkLadkiKoDekhaTohAisaLaga. The script is just awesome. Mind Blowing performance of @AnilKapoor Sir, @sonamakapoor & especially my favorite @RajkummarRao. And the best thing in the film is the appearance of @iam_juhi Mam. 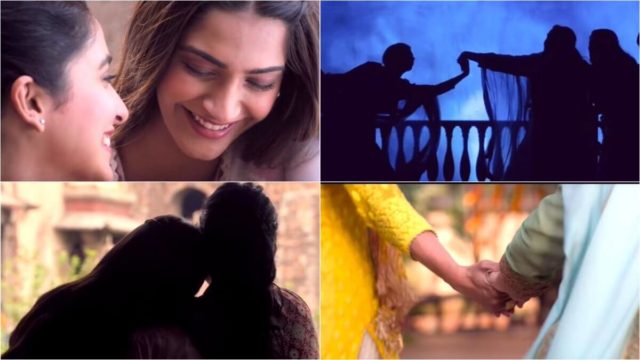 Rajkumar owns the first half with his charm. Sonam takes the driving seat in the second half & man she does so well. But Anil Kapoor & Juhi Chawla steal the show everytime they appear on screen, their scenes with each other are such pleasure to watch. #EkLadkiKoDekhaTohAisaLaga

#EkLadkiKoDekhaTohAisaLaga holds a place in Indian minds. It's written by a trans woman, directed by a woman, stars two women and two men, and is a love story between two women. What a time to be alive.

To be honest, this was a long time coming and perhaps this movie can change the perception around films dealing with issues of LGBT. It could also allow big production houses to stop fearing public anger and really give representation to this community.