The movie looks nothing like a typical Bollywood romantic drama but it’s “the most unexpected romance of the year” with a tinge of “Siyapaa”.

Treat for every 90’s kid

The movie is quite grand for a lot of reasons.

First being the star cast which includes the father-daughter duo of Anil Kapoor and Sonam Kapoor for the first time. As always Rajkummar Rao is in the best of his form. Juhi Chawla and Anil Kapoor make an adorable pair and it would be a treat to watch their flirtatious chemistry on screen.

The nostalgia the trailer brings back just makes the movie unavoidable. The title and the backdrop score of the movie has been picked up from the yesteryear romantic saga 1942: A Love Story.

Gazal Dhaliwal has to be the third reason to watch this movie. She is the writer of this unconventional romantic saga and a transwoman herself.

Recently she uploaded the trailer of the movie and captioned it,

“Yay! I started writing this movie 26 months back. So you might say it was two years in making. But I would say it was several decades in making.”

Redefining Romance: One with your parents

The movie seems very promising at the very first look because of the treatment of the plot. It’s honest, real and very much required.

The plot is a complex tale focusing on different aspects. Apart from narrating a homosexual love story, it is also dealing with parenthood and the concept of love divided into columns of “normal” and “abnormal”.

Sonam Kapoor recently spoke about the movie as, “It is a love story, a story of a bond between a parent and child. In India, we go through a situation where we have to explain to our parents for our partners.”

The reaction up on the social media sites has majorly been warm and extremely supportive indicating a welcoming spell for all our homosexual lovebirds in the room.

Sonam Kapoor created a buzz amongst the masses by releasing the trailer and captioning it as “Want to know my secret?”. The secret’s out now and everyone around is only waiting for 1st February 2019. 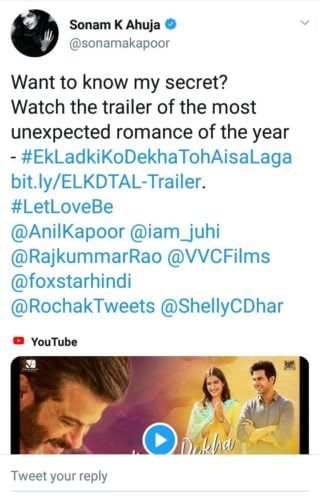 After this Twitter went gaga over the trailer. Here are some of the loveliest responses- 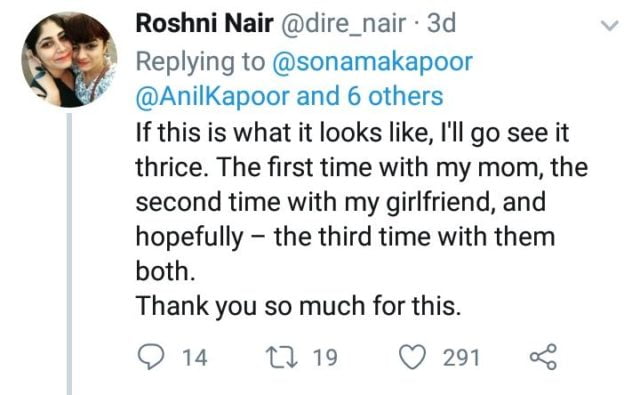 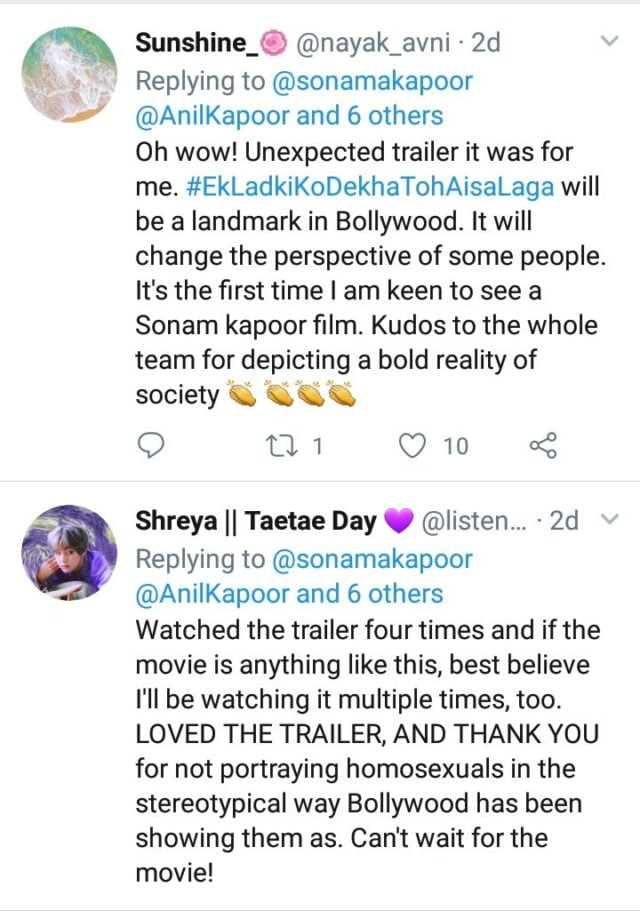 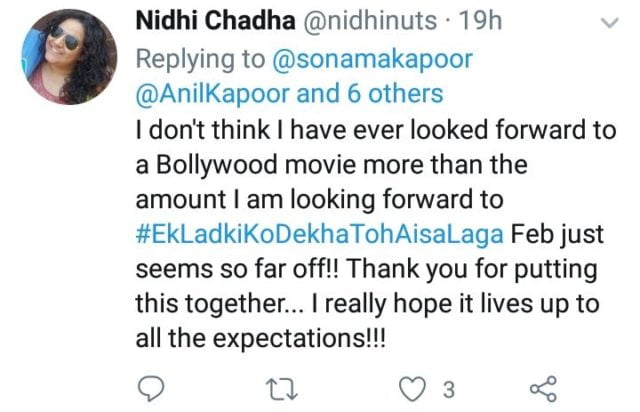 Taking a dig at the comments section-

One could still spot some discomfort around-

Well, it’s a huge welcoming change from the Indian audience. The positive reaction on the trailer is an indication of a change in our ideologies but for all those who’ve sprinkled their homophobia out, one could only comment and say that “True love ke raaste mein, koi na koi siyapaa hota hi hota hai. Agar na ho, toh love story mein feel kaisi aayegi?”

This Is The Reason Why Gay Men Can’t Donate Blood