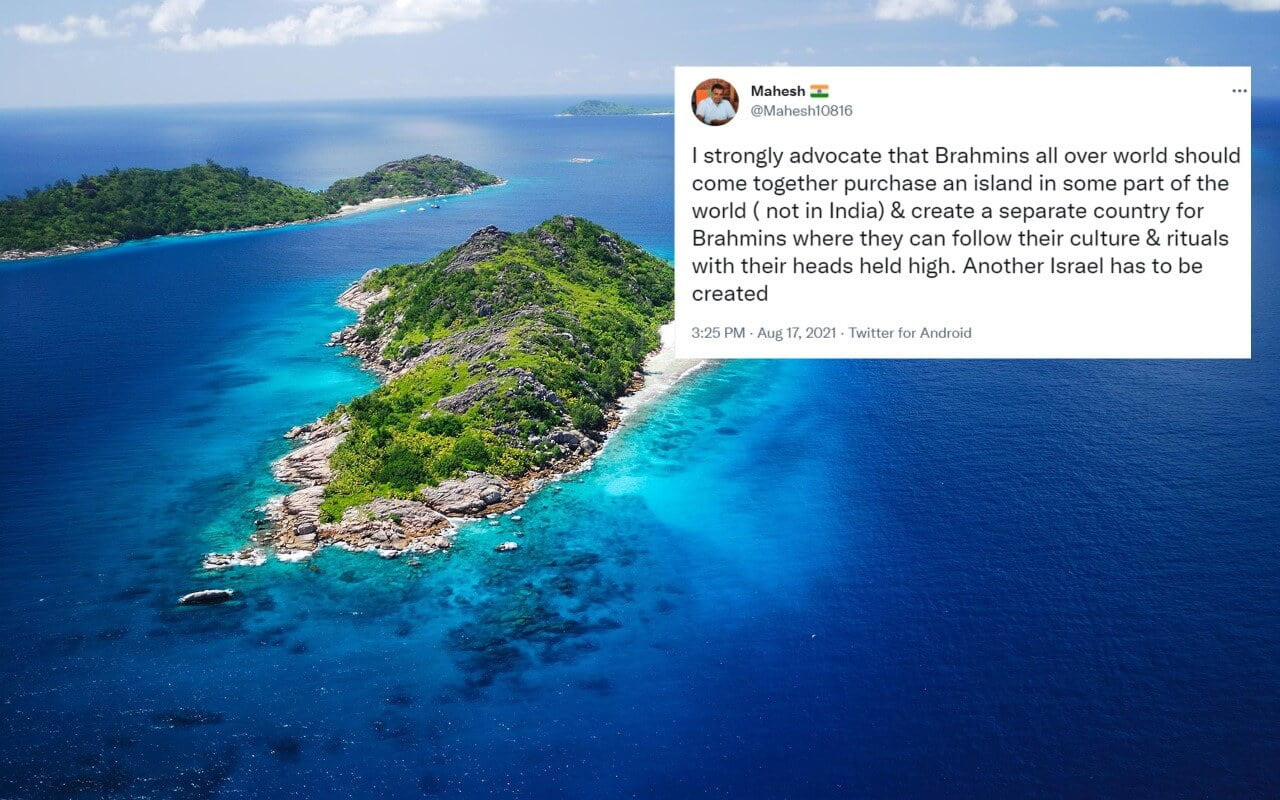 The caste system is a very very old concept, coming in from the times of ancient India, but no matter how much the society and the world around us is progressing, it is still prevalent in our country.

There are still people clutching to antiquated concepts from this system. Although the Indian constitution had banned the discrimination of people on the basis of their caste all the way back in 1948, but even till today there are many parts of India, both rural and urban that still practice it, whether in part or fully.

Dalits and other discriminated groups still have to fight for rights that the law gives them but people are unwilling to. A recent tweet by a Twitter user just highlights that we still have a long way to go before completely abolishing the caste system from the mindsets of Indian people.

A Separate Island For Brahmins?

According to the ancient Hindu text ‘Manusmriti’, there are four classes of Varna, namely Brahmins, Kshatriyas, Vaishyas and Shudras.

This varna of a person would usually decide their place in society during the ancient times, however, it has little bearing in today’s time. Brahmins were considered to be at the top of the social system and it seems that this sense of seniority has still not left some sectors that cling onto those concepts.

On 17th August Twitter user @Mahesh10816 posted about how Brahmins from all over the world need to put together their funds and buy an island ‘but not in India’. The community will then live there and have the ‘freedom’ to practice their lifestyle with ease.

It didn’t take long for people to pick up on this tweet and start their trolling over the seemingly outlandish things that it was proposing.

Read More: Breakfast Babble: Here’s Why I Hate It When Fanatics Of Any Religion Try To Give Me Unsolicited Spiritual Advice

Let us know in the comments below what you think about this whole separate island for Brahmins.

Savlon Educates Rural Children To Use Chalk In Place Of Soap For Daily Hygiene; Gets National Recognition