Field Marshal Sam Manekshaw is an iconic figure in the Indian Armed Forces.

He’s known for many things- 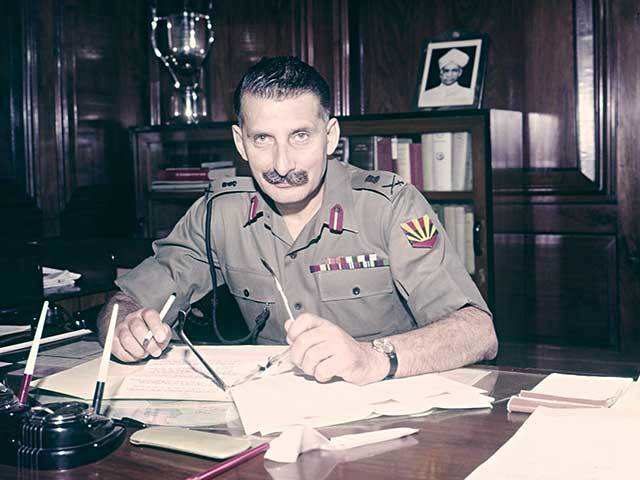 Born into a Parsi family settled in Amritsar, Manekshaw’s first ambition was to become a doctor like his father.

His family could not afford to send him abroad for his education, so he studied science at the Hindu Sabha College in Amritsar.

A Rebel From The Start

When a formal announcement was made regarding an entrance examination for the first batch at the Indian Military Academy, Manekshaw expressed an interest in writing them.

However, his father was against it. Following his own will, Manekshaw wrote the exam anyway, and ranked sixth in the merit list.

We’re glad he had a rebellious streak in him, for he played a major role in some of India’s notable victories!

A Man Of Action

Manekshaw’s military career has become the stuff of legend – his competence and bravery were recognised by his peers and seniors from the start, and his fluency in various languages resulted in his being appointed an interpreter for the army.

Manekshaw was badly injured during World War II and was fighting for his life, when his general swiftly pinned his own Military Cross on Manekshaw for his extreme bravery, saying that a dead person couldn’t be awarded one.

On being taken to an Australian doctor for treatment, the doctor initially declined because the injuries were too severe, but when Manekshaw, to put it in today’s parlance, ‘sassed’ him by saying that he sustained his injuries after being kicked by a mule, the doctor decided he was ‘worth saving.’

Read More: This Facebook Page Wants To Detox Indians From The Caste System

Thanks to these multiple displays of courage, he was nicknamed ‘Sam Bahadur’ or ‘Sam the Brave,’ a name by which he is fondly referred to even today.

His brilliant military career also resulted in is becoming India’s first ever Field Marshal – the highest rank in the Indian Army.

The King Of Sass

When he was asked by the then-Defence Minister what he thought of the Chief of Army Staff at the time, Manekshaw said that he was not supposed to think of him, and that such thinking ruins the discipline of the army.

Manekshaw was extremely stern about the way his soldiers treated women, and issued a dire warning against molesting or raping women. He said, “When you see a begum, keep your hands in your pockets and think of Sam!”

On the eve of the 1971 war, when PM Indira Gandhi asked him if he was ready, he replied, “I’m always ready, sweetie!”

Manekshaw passed away in 2008 at the age of 94, and has been honoured all over the country. A flyover in Ahmedabad has been named after him, a statue of him was erected in Wellington, Tamil Nadu, and the Ooty-Coonoor road has a bridge named ‘Manekshaw Bridge.’

Manekshaw was a true military man till the end- when he was dying of pneumonia in the Military Hospital, Wellington, at the age of 94, he never admitted that he was suffering.

Find the author at: @samyukthanair_