Kangana Ranaut recently lashed out at Sonam Kapoor, for undermining her uncomfortable experience with one of her directors, Vikas Bahl.

At a recent event, Sonam Kapoor on the topic of the current Indian Me Too movement that is going on and how female actors are coming out with bad experiences, said that “I think Kangana wrote something. Kangana is obviously Kangana Ranaut. She says a lot of stuff and sometimes is hard to take her seriously. I love the fact that she has spunk and she says what she believes. I really respect for that. I don’t know him, I don’t know the situation. If what is written what is written is true, then it’s disgusting and awful. If it’s true, then they should be punished for it.”

This apparently angered Ranaut a lot, who shot back at Sonam by saying that, “What does she mean by saying, ‘it’s hard to believe Kangana’? When I am sharing my Me Too story, who gives her a right to judge me? So, Sonam Kapoor has the license of trusting some women and some she won’t. What makes her so unsure of my claims? I am known to be an articulate person and I have represented my country in many international summits. I am called as a thought and youth influencer to these summits, I am not known because of my dad I have earned my place and credibility after struggling for a decade.”

She then ended with a snide remark by stating “She (Sonam) isn’t known to be a great actress, neither she has the reputation of being a good speaker. What gives these filmy people right to take digs at me? I will demolish each one of them.”

While any experience of work harassment whether it be sexual or even general is certainly wrong, it is a little interesting how for Ranaut most of these incidents seem to appear right before the release of her film. 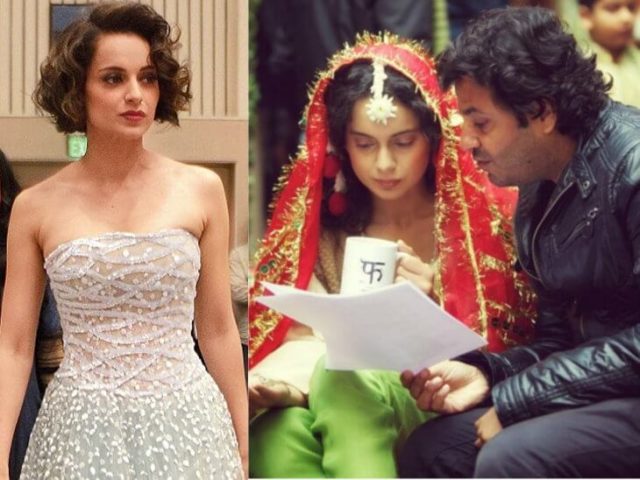 Kangana’s story comes in wake of another Phantom female employee recalling a horrifying incident back in 2015 right before the release of the film ‘Bombay Velvet’ while the company was on a trip to Goa.

Vikas Bahl, who was part owner of the new dissolved Phantom Films, apparently insisted to drop that woman off to her room, since she was still recovering from an accident due to which she had to use crutches and had a limp.

However, unknown to her, Bahl entered her hotel room, refused to leave and then in the middle of the night, tried to grope her, masturbated on her back, calling her curse words and then tried to pretend that nothing like that ever happened.

This all was revealed in an interview with HuffPost India and also prompted Ranaut to come forward with her own story.

Speaking to India Today, Ranaut gave out her support to the employee and said that, “(I) Totally believe her, even though Vikas was married back in 2014 when we were filming Queen, he bragged about having casual sex with a new partner every other day. I don’t judge people and their marriages but you can tell when addiction becomes a sickness.”

The 31-year-old actress also added her own experience with Bahl where she recounted how, “we met, socially greeted and hugged each other, he’d bury his face in my neck, hold me really tight and breathe in the smell of my hair. It took me a great amount of strength and effort to pull myself out of his embrace. He’d say ‘I love how you smell K’. I could tell something is wrong with him”.

Where it is absolutely wrong and disgusting to read about these incidents and how rampant they really are, one has to wonder why exactly did Ranaut not speak about all this when it happened, or even some time after it.

If it were any other actress, I could have perhaps understood, but this is Kangana Ranaut, the fearless woman of Bollywood who speaks up against the wrong without any fear.

She has never really shied away from voicing her dislike towards a person or calling them out on any action she feels inappropriate.

So then why exactly did she keep silent on this matter for all these years and is only now coming out with it, that too so close to the release of her latest film, Manikarnika: The Queen of Jhansi.

And it’s interesting how most of her controversies and call-outs happen just before her film comes out.

Whether it be the nepotism fight with Karan Johar and all, the Shahid Kapoor comments, where before the release of her film Rangoon, Ranaut was in news for not being on the best of terms with the former.

She apparently in interview, said that, “Shahid’s moustache was horrible and it (kissing) would be disgusting. Then he would keep telling me that he has a runny nose which helps it to stick.”

To this Shahid replied that, “I have to tell you that Kangana makes up things in her head. She has a vivid imagination. I don’t remember telling her all this at all.”

Then just before her 2017 film ‘Simran‘ was to be released she was again in the news for the evergreen Hrithik Roshan scandal, which was silent for a long time but was brought back to life only during the promotions of that movie. What happened in the middle, Kangana? 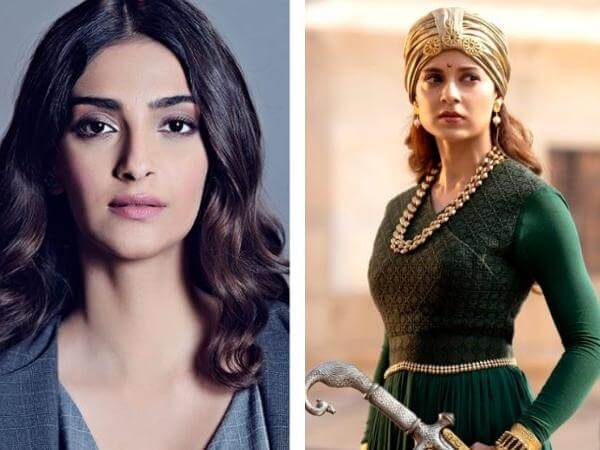 Sonam Kapoor Should Have Been Considerate

On the other hand though, Sonam Kapoor should have also been careful of her words especially when she is making a public statement that can influence how the normal audience looks at the situation.

No matter the personal opinion you might have of another person, Sonam was still representing the female side of the Bollywood industry in that question and discrediting her own colleague at a prestigious event like Vogue We the Women summit is not doing anyone any favours.

At this time in the industry, anyone who comes out with such a story should be handled with sensitivity and support.

As for Kangana Ranaut, considering how close to the heart these kind of topics are for you, it was highly expected that you would speak out sooner than this.

Given the kind of noise you make about everything else, what exactly was stopping you from revealing the reality of this otherwise acclaimed and popular director.

Time and again you’ve shown that you didn’t have to suck up to any camp to be a success, nor have you shown fear of powerful people, or it affecting your career.

You can understand then, how it would be a little difficult to take you seriously now when doing so would also bring a lot of attention to your upcoming movie.