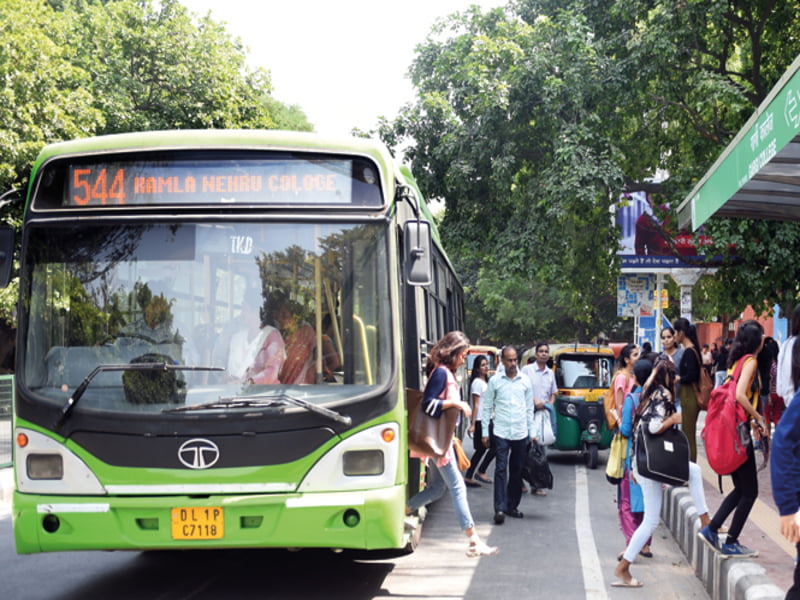 The fact that buses in Delhi aren’t the safest mode of transportation for women is no secret. We all know it, and have heard of countless incidents backing the fact.

However, if there’s something more precise you need to know, then here it is – DTC bus route 544 is NOT safe if you’re a woman.

Now you might think that meh, we all know Delhi buses are unsafe for women, then what is so unique about this particular route, that is, route 544? 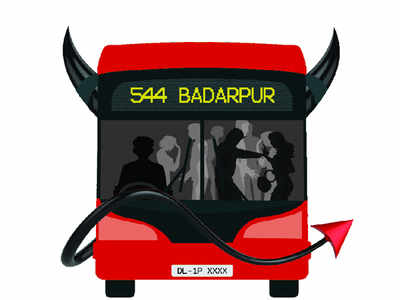 To answer your question, DTC bus route 544 has had a history of molestation and sexual harassment cases, which is so bad that it makes the route stand out for being unsafe for women.

Earlier this week, a 19-year-old student of Delhi University’s Kamala Nehru College jumped off a moving bus on that very route. Her cousin narrated her sister’s story on Twitter, and it just burst open a flood of similar stories that made the route 544 infamous.

When you realize that several private and especially DU colleges like Gargi and Kamla Nehru fall on this route, you’d know exactly why molesters target this route.

The above-mentioned institutes are all-girls colleges, which means a huge number of young ladies between the ages of 18 to 21 travel via this route.

Another problem that adds to the misery of these young women, and is a delight for the molesters at the same time, is that the frequency of buses on this route is quite low.

What this means is that even if a bus is crowded, they are forced to board it because one can’t predict as to when the next bus will arrive.

According to the passengers who travel on this route on a frequent basis, cops on the buses are a rarity. Even though no incidents of molestation have taken place in their presence, the fact that cops are rarely present there gives a leverage to the molesters.

Also Read: You Can Now Swipe Your Metro Card To Pay For Bus Rides In Delhi

‘Touching, Rubbing And A Lot More’

The 19-year-old Kamla Nehru student, whose story has gone viral, has had a horrific experience travelling on this route.

She mentioned in a letter to The Print,

Crowded buses give molesters an excuse to touch women. She narrated in her account how she felt a hand on her back and dismissed it because the bus was crowded.

The same man touched her “leg and backside” even when the bus wasn’t crowded. She hurled abuses at the man and made him get off at the next stop.

What’s shocking in this story is how nobody from the bus, including the conductor paid heed to the misery of the girl. Nobody seemed to offer the girl any kind of support or comfort. 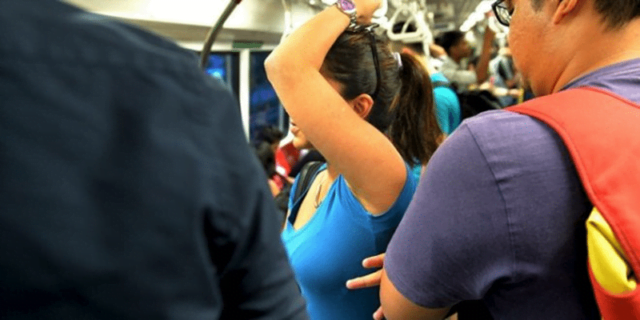 There was another incident with the same girl, and that shocked her to the core. An old man, who was standing behind this girl told her to move her backpack to the front lest someone may steal something from it.

Once she did move it towards the front, that man started to “rub his privates” on her back. When the girl told the man to stop, he replied, “I’ll do what I want”.

The girl, already scared to the core, got off at her stop, upon which that old man remarked, “Oh you’re getting off at Kamala Nehru?”

The girl, feeling “disgusted and vulnerable” with herself, ran through the traffic and reached her college, where she burst into tears.

My 19-year-old cousin sister has been living in Delhi for 3 months, and she has been molested 7 times. If you think it doesn't get worse, you don't know Delhi.

The police have increased checking on the route for both DTC as well as private buses. The checking is more thorough outside girl’s colleges, specifically between 9 and 11 am and in the evening when their classes get over.

Sexual Harassment At HNLU: “Professor Asked Me To Dance, VC Said Action Will Be Taken If He Repeats”