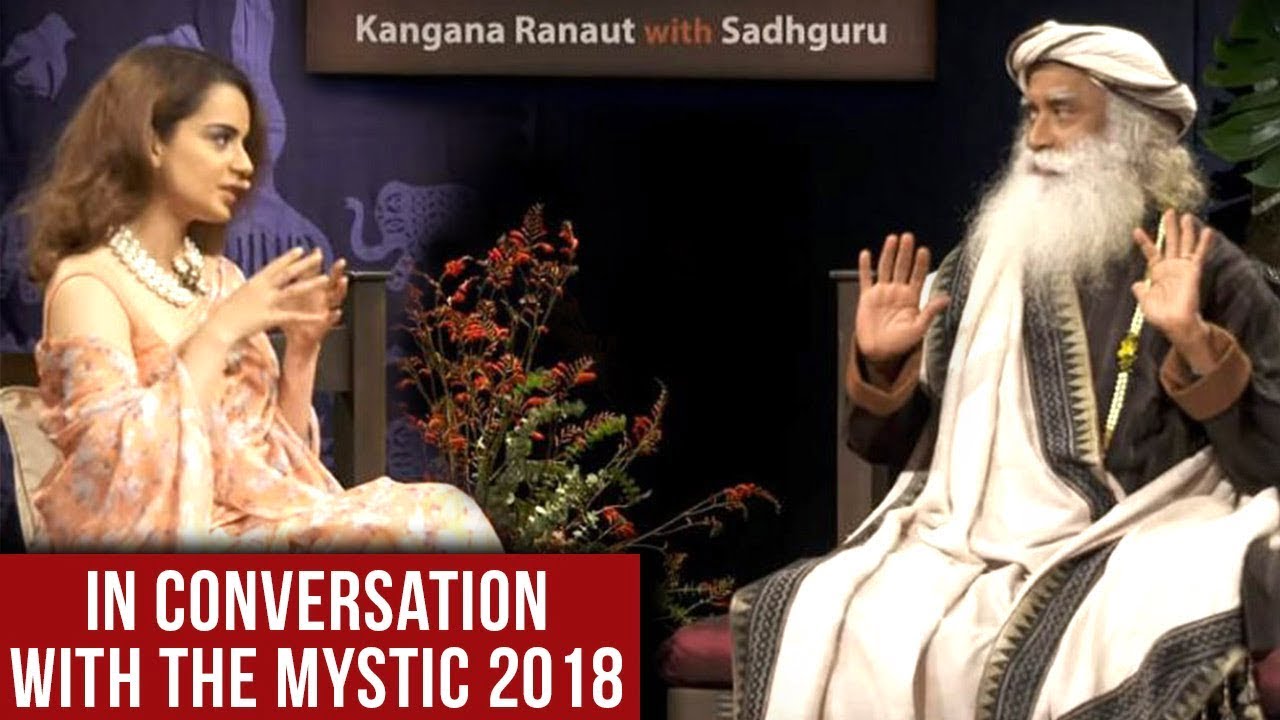 Actress Kangana Ranaut was recently in talks with Sadhguru over an elaborate session discussing various issues that have been rampant in our country ranging from lynching in the name of saving cows to the issue of Rajput honor with respect to the Padmavat issue.

Before elucidating on the points that seemed biased and hard-hitting on the liberals of the country, the entire session felt more like a spiritual take on the mind and the body which people fail to understand.

P.S. If it was so easy, spirituality in our country that is supposed to preach the pursuit of happiness should have saved India from screeching into apocalyptic meltdown.

Kangana Ranaut: “We have such a diversity in our country. Different language, different traditions, food and all sorts of diversity.  But don’t you think there should be one spirit that binds us together.  I think that the only common factor that binds us is the motherland. You are from South, I am from North and if we didn’t have the history of slavery to convert us, we wouldn’t talk. I can only think of only one thing that can bind us. It is “nationalism” which is the most infamous word in today’s time. What do you think can bind us together?”

Sadhguru: “There is no other country that has the complexity of diversity as India. Wherever the English went, they made sure that the entire nation was religiously compromised. This is one country where they couldn’t figure out coz they didn’t know where the head is. This is nearly our survival. Self-realization became important in our culture. Our individual genius becomes of paramount importance. We were all identified as seekers of truth and liberation. Our highest value has always been mukti or moksha. Now, the so-called liberals are talking about freedom fresh as if we are talking about it for the first time.”

Kangana Ranaut mocked in her one-sided narrative about she learned the new word “liberals” referring to the precise dictionary definitions which I am not keen on discussing at-length. 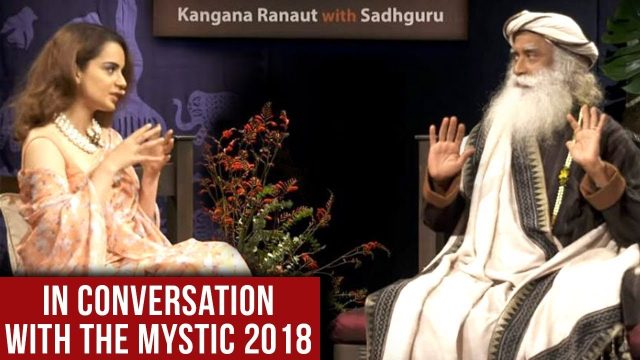 “Liberalism” which stands for the freedom of the individual is something which has been one of the core precepts of spirituality ingrained in the ancient Indian culture.

I would like to state the need for liberalism in our country with reference to LGBTQ+ Rights, sex, women, secularity or freedom of speech and expression in general.

As a liberal, you see your fellow-humans as humans being a part of this planet’s diverse tide of humanity. Being involved with mankind is the key foundation of liberalism, building a constant halo of sensitivity around it.

If Indians are so much well-articulated following their ancient cultural norms, why are most of the people standing up for the decriminalization of Section 377 are liberals who have no problem with sex besides a vaginal-penis intercourse?

Even the entire feminism movement began with liberalism raising concerns about equality and righteousness.

As far as secularity and the right to freedom of expression and speech are concerned, a true liberal stands unoffended at views different than the usual school of thought.

We are talking about the dawn of freedom in the context of what has transpired in a country that flings mud at liberals when anything wrong takes place.

You Can Also Read About: ‘Conspiracy To Get Me Ousted’; Reveals Punya Prasun Bajpai’s Own Account Of Why He Exited ABP

Is The Act of Lynching A Sign of “Real India”?

Kangana Ranaut: “When a war breaks, liberals are the first ones to say… to demotivating an Army man who is protecting the borders for you. A rape takes place in Kashmir and they say ‘Hindustan raped our daughter’. To be pointing fingers at each other when the country is so vulnerable and trying to break [into] a civil war. Is that what liberals do?”

Sadhguru: “In this country, which is a pastoral country, cow and cattle was the wealth of this nation…so if somebody stole a cow, they cut you and beat you up. This whole lynching debate that’s going on in the country, the people who are talking about it, have not seen India. They’re just living in cities and television studios and endlessly talking about these things. Let me say this clearly. I’ve always been connected with rural life. In my life, I have witnessed three lynchings. In two, they were killed and in the other one, nearly killed.”

“If we want to change this, there are many things we have to do. Not going on about, ‘somebody saved a cow’… The cow is an easy thing right now to go at.”

I have a question to ask for anyone who points a finger at liberals whenever a rape or an incident of cow-lynching takes place. What do the liberals do?

We have no business ignoring the issues that matter to our country. If a liberal can be moved by a senior citizen teaching municipal kids or doctors giving up lustrous careers at elite institutions to run a clinic in rural areas, we also have the right to get appalled when we see acts of violence committed in the acts of humanity.

And doing a debate on mob lynching is not demeaning the group of villagers who did it merely because something precious was stolen from them.

Along with law enforcement, we also need to educate the crowd to decide what is right and wrong before they get consumed by the fake news that is spread by perpetrators who have their own axes to grind.

I, being a liberal, have the right to look for justice and wisdom in order to make sure that things fall into place.

Although it seems a little odd seeing Kangana who is a flag-bearer of feminism in India being ignorant of the very movement giving rise to feminism criticizing to be a bunch of believers and fanatics align with majoritarian politics, I would never force anyone to understand and act on my belief per se.

Sources: The Scroll, The Economic Times