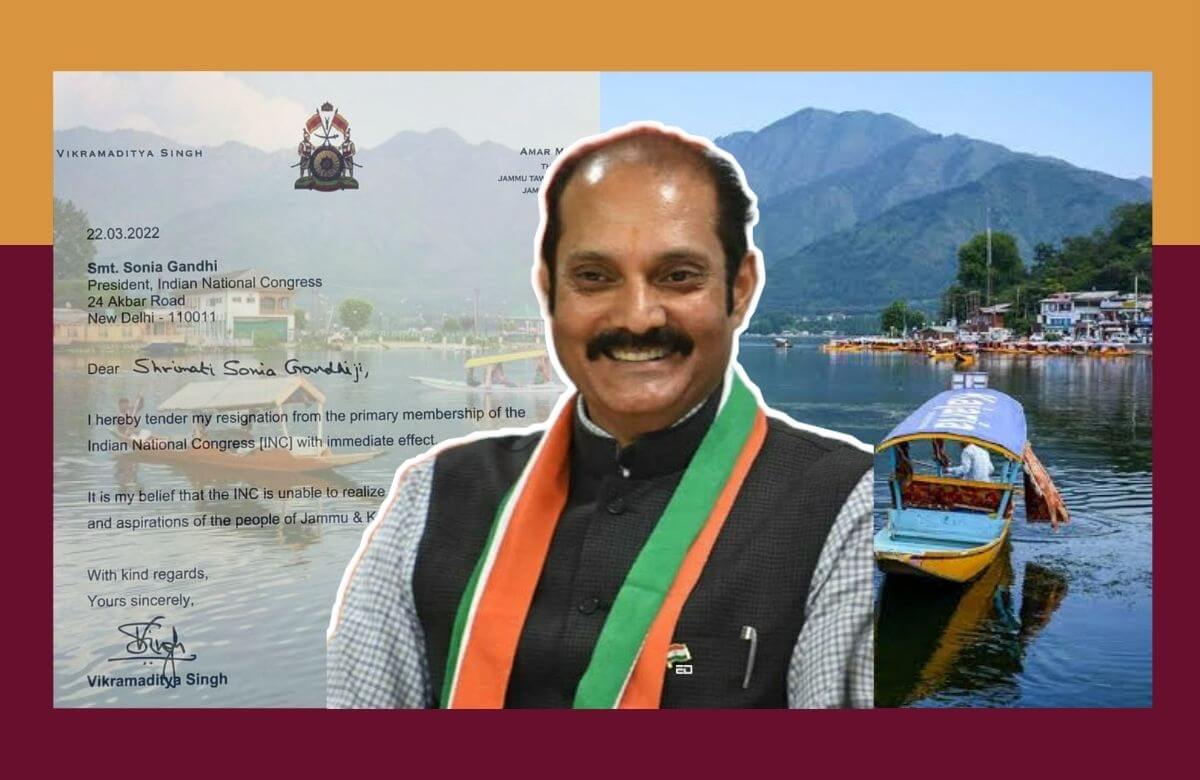 It has not been a good time for the Congress party, which has been dealing with a string of resignations.

Most of them started after the INC saw an overwhelming defeat in the Assembly Elections of 2022. Some reports said that several Congress leaders in various states resigned of their own will but many others reported that Congress party president Sonia Gandhi herself asked for the resignation of Congress chiefs in five states after the disastrous performance of the party in the elections.

But in recent news, Vikramaditya Singh the Congress leader in Jammu and Kashmir resigned and posted his letter on his official Twitter. His reason for leaving the party was its inability to properly connect with people of the region and that the party was disconnected from ground realities.

On 22nd March 2022, Vikramaditya Singh, who was acting as the Congress leader in Jammu and Kashmir posted on his Twitter that he is resigning from the party.

I hereby tender my resignation from the Indian National Congress.

My position on critical issues vis-à-vis Jammu & Kashmir which reflect national interests do not align with that of the Congress Party. @INCIndia remains disconnected with ground realities. @INCJammuKashmir pic.twitter.com/g5cACgNf9y

While sharing a screenshot of his resignation letter, he tweeted that “I hereby tender my resignation from the Indian National Congress. My position on critical issues vis-a-vis Jammu and Kashmir which reflect national interests do not align with that of the Congress Party. Congress remains disconnected with ground realities.”

Read More: Why Did AAP Hold Victory Rallies in UP Despite Not Winning Any Seat? 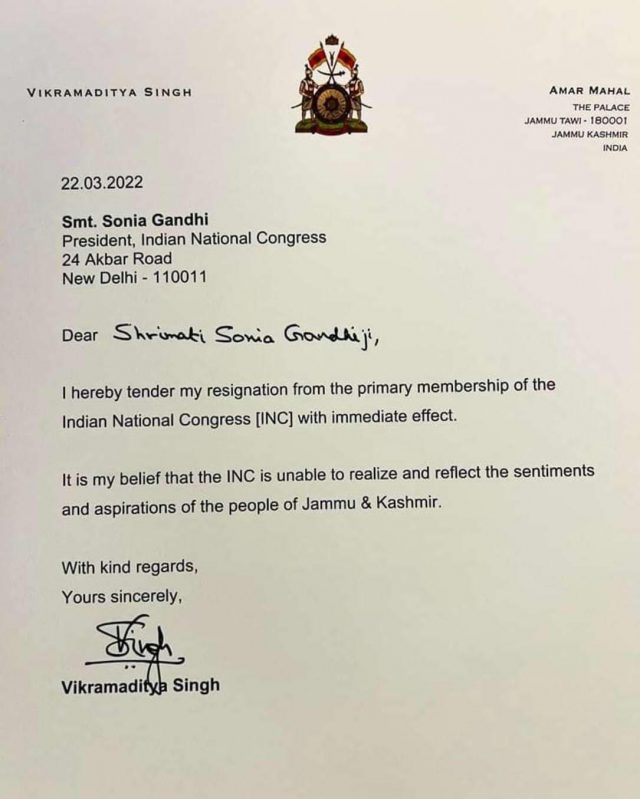 The letter itself is extremely short, just stating that

“I hereby tender my resignation from the primary membership of the Indian National Congress (INC) with immediate effect. It is my belief that the INC is unable to realise and reflect the sentiments and aspirations of the people of Jammu and Kashmir.”

As per some reports, Singh had even told the media that Congress was not able to keep up with the changing times on a general national level itself, let alone Jammu and Kashmir. It has also been said that he voiced opinions that were not in line with the party thoughts and that led him to being at odds with the party.

Beyond Singh, Congress also saw the loss of former Union Ministers Ashwani Kumar, RPN Singh and Shatrughan Sinha. Perhaps the biggest and the start of these resignations would be when Jyotiraditya Scindia switched from Congress to BJP back in 2020.

Where Does The Blame Lie When 86% Of India’s Supported The Implementation Of The 3 Repealed Farm Laws?