Let’s be honest, nothing gets this country talking more than cricket. I mean it.

From middle-aged men to school-going kids, you’d get an opinion on cricket from everyone in this country, more so when cricket’s biggest carnival, the World Cup, is on.

India’s run in this World Cup was a fairly smooth ride until the hosts England defeated the men in bl…err…orange?!

Ever since Team India unveiled their orange jersey to be worn against England in the World Cup, the whole country began discussing the color, with some coming up with their own ‘conspiracy’ theories. 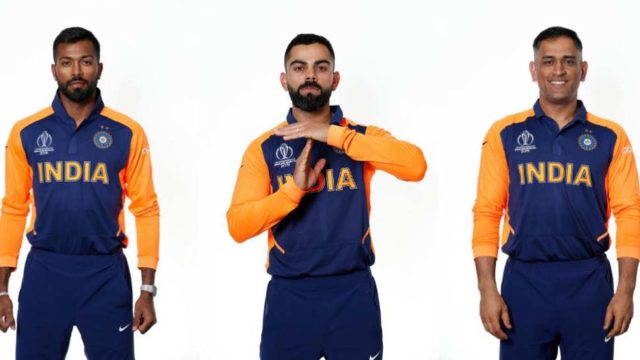 India’s loss against England just fuelled these talks further, with some blaming the loss on the color. No surprises there, right?

I mean, it has to be the Bhagwa-colored jersey that led to the first defeat of India’s World Cup campaign, not a sporting reason like a lack of intent in death overs or a better opposition on the day.

One loss in the World Cup and there was plenty to discuss for the people. Here are the two most notable topics of discussion:

Orange Jersey To Blame For The Loss

Call me superstitious but I’d say it’s the jersey that ended India’s winning streak in the #ICCWorldCup2019.

Her tweet broke the internet and in no time, it sparked debates on Indian news channels on whether or not it was the orange jersey’s fault. The debates weren’t just restricted to cricket though. 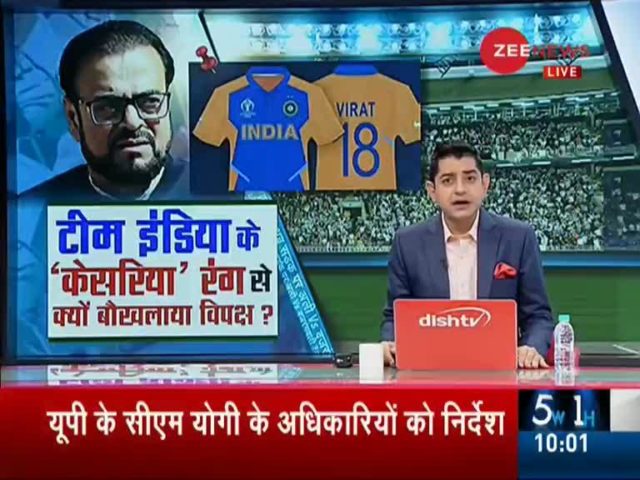 The color of the jersey led the politicians, sadhus, and maulvis present as panelists on these channels go from cricket to jersey to politics to culture real quick. Ah, the (in)famous old Indian media!

And of course, since any debate in this country is incomplete without telling someone to go to Pakistan, this time, it was Mehbooba Mufti who was told to leave the country for the neighbors after her controversial tweet.

India Lost To Knock Out Pakistan From The WC

Another rumor that was doing rounds on social media was that India and in particular, MS Dhoni, lost the match just so that Pakistan did not qualify for the knockout stages.

To put it into context, had India defeated England, they’d have boosted Pakistan’s chances of reaching the knockout stages of the tournament. Thus, the Indian team on Sunday was not just supported by a billion and a quarter Indians but also by 200 million Pakistanis. 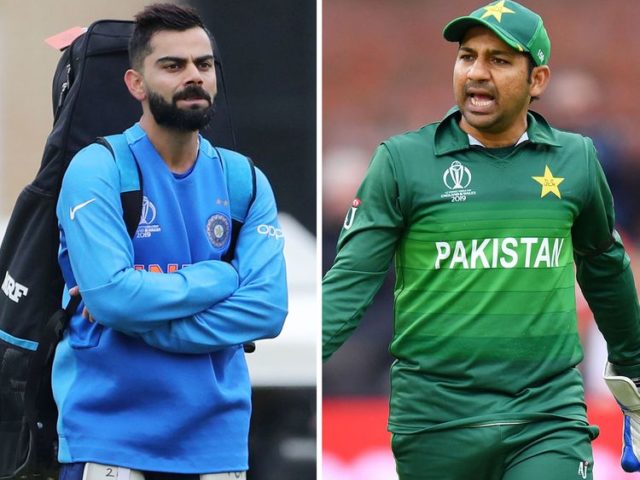 Also Read: Indo-Pak Cricket Matches Are Only For Hate Trolls Now: Where Is The Sport In It?

With India’s loss, Pakistan’s hopes now rely upon New Zealand who take on England next week. This saw people coming up with their own conspiracy theories, suggesting that India ‘threw’ away the match just to knock their neighbors out of the tournament.

Yes, ‘threw the match away’, haha. As if they were ever in it.

Former Pakistan captain Waqar Younis’ tweet on Sunday seemed to suggest so, as he mentioned that the ‘sportsmanship of a few Champions’ got tested and they failed badly’.

It's not who you are.. What you do in life defines who you are.. Me not bothered if Pakistan gets to the semis or not but one thing is for sure.. Sportsmanship of few Champions got tested and they failed badly #INDvsEND #CWC2019

To think that this is the same guy who once walked up to his partner, Wasim Akram and suggested that they should get run out just so that Anil Kumble does not get his 10th wicket of the innings is downright laughable.

Now read his tweet again and have a good laugh.

For now, rest assured that as long as there is cricket in this country, there will be news, discussions, controversies, and content for everyone.