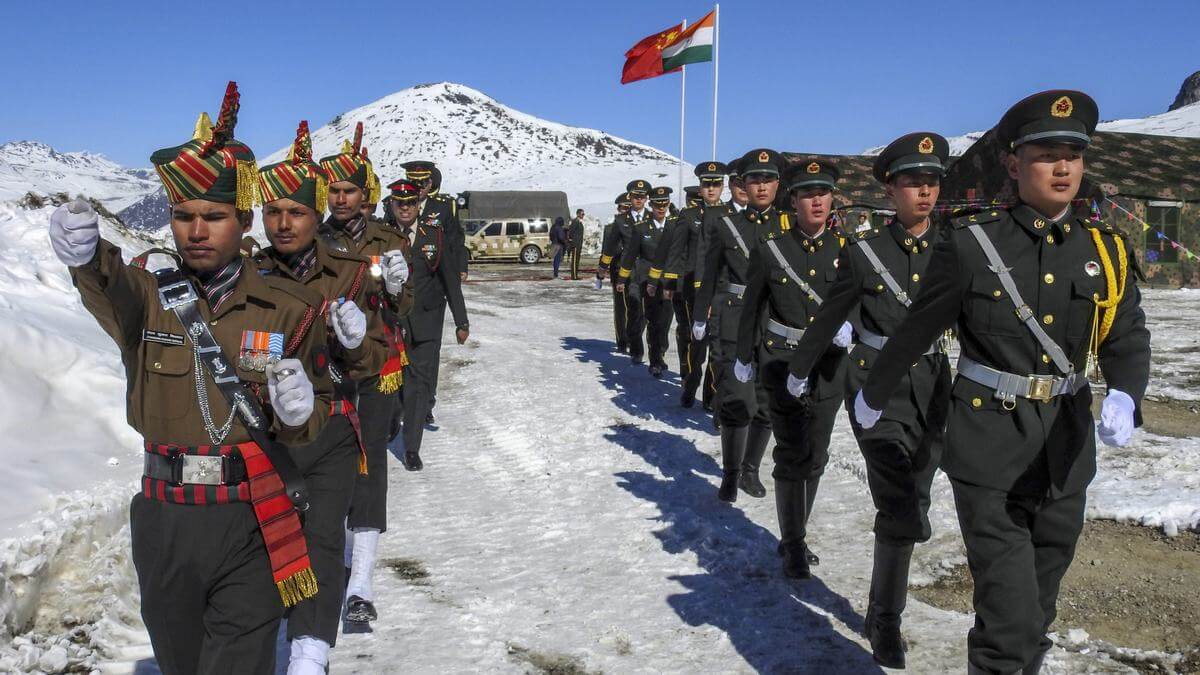 Two days ago Indian and Chinese soldiers stationed near the Naku La sector in the border state of Sikkim apparently got into a fistfight.

Reports reveal that around 11 soldiers, 4 Indian and 7 Chinese, were injured in the resulting stand-off that included  physical blows to each other.

As per army reports, local commanders eventually resolved the dispute that had allegedly started after a Chinese soldier provoked the Indian side.

Such physical fights including pushing, throwing stones and sticks, chest-bumping, etc are not very unusual between soldiers of two countries, especially on shared border areas.

Fortunately, no bullets or dangerous weaponry was involved in the altercation and everything was resolved in a mostly peaceful manner.

What Happened At The Sikkim Border?

India and China have had competing claims of more than 3,400 kilometers of the area around a Himalayan border that stretches from Jammu and Kashmir to Arunachal Pradesh since 1962.

A clash had even occurred back in 2017 when China tried to extend its border road through the remote Himalayan plateau region of Doklam.

On 10th May 2020, a fistfight was reported to have happened when as per reports a Chinese soldier who’d stepped into Muguthang said to Indian troops that, “This (Sikkim) is not your land, this is not Indian territory… so just go back”.

A report by veteran journalist Subir Bhaumik also said that an Indian Army lieutenant stepped up to the much bigger Chinese soldier and punched him on the nose.

His fellow Indian soldiers then quickly pulled him back but not before a small fight had already broken out.

While some reports said that 11 soldiers on both the Chinese and Indian sides were injured, the Press Trust of India stated that around 150 soldiers were involved in the fight.

Apparently, the lieutenant is a third-generation military official but he has now been transferred to another post away from the front.

The Response To This All

The response to this alleged punching has been pretty mixed with army officials condemning the act but reports about soldiers’ insider talk saying something different.

Mandeep Hooda, the Indian army eastern command spokesman said that “Aggressive behaviour by the two sides resulted in minor injuries to troops. It was stone-throwing and arguments that ended in a fistfight,” and added how “Temporary and short-duration face-offs between border-guarding troops do occur as boundaries are not resolved.”

He also stated that the matter was “resolved after ‘dialogue and interaction’ at a local level.”

China, on the other hand, has not come out and addressed the issue fully. Till yet, Zhao Lijian, the Chinese foreign ministry spokesperson has only said that “Chinese Border troops have always been upholding peace and tranquility along our border areas. China and India stay in close communication and coordination concerning our border affairs within existing channels.”

Zhao also added how the two countries are joined in the battle against coronavirus and how, “Under such circumstances, the two sides should work together with each other, properly manage and handle the differences, earnestly uphold peace and stability in the border region so as to create enabling conditions for our bilateral relations as well as the joint fight against COVID-19.”

A government official who once was posted at the Upper Subansiri district in Arunachal Pradesh also said in a few reports that, “It cannot be denied that such episodes like the face-off in Sikkim carry a message from China. Sometimes there is a pattern but at the same time incursions by the Chinese People’s Liberation Army (PLA) have also taken place without any reason.”