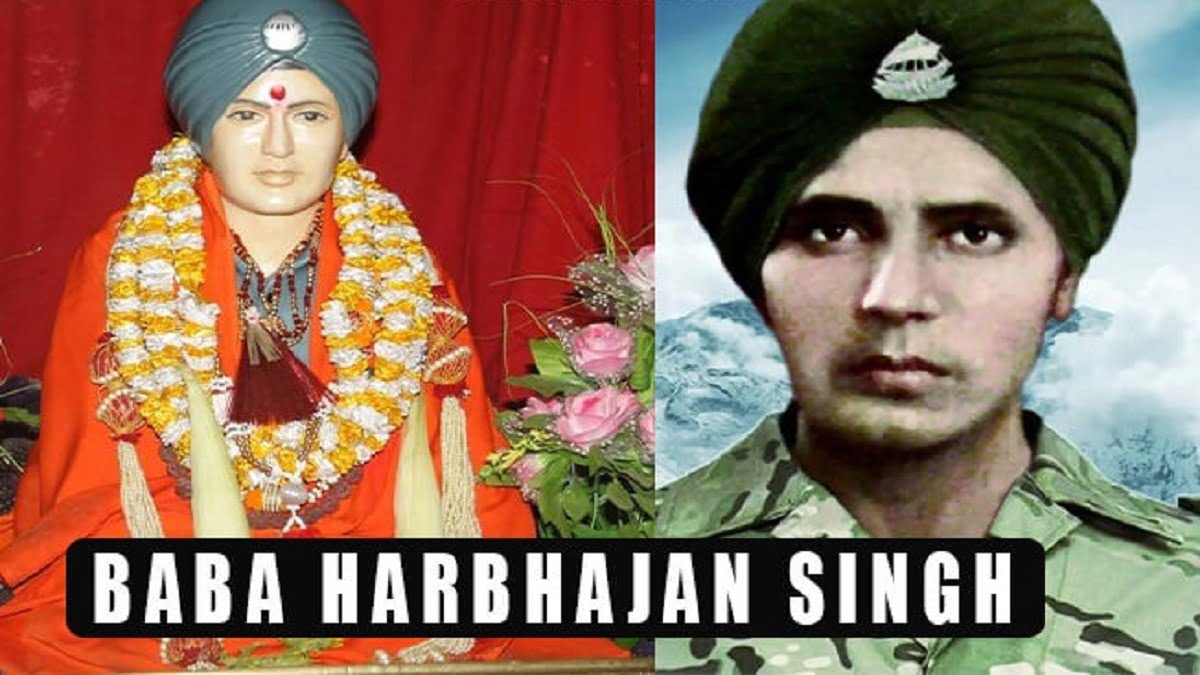 The soldiers of the Indian Army are dedicated to one cause – serving their nation. Being a young group of brave men, this dedication of theirs often helps them achieve supernatural feats, while some stories even talk about their dedication transcending one lifetime. Among all these brave jawans of Indian Army the story of Martyr Harbhajan Singh stands out.

If legends are to be believed, even after his death Martyr Harbhajan Singh’s spirit still guards India’s Borders and protects his motherland from foreign enemies. 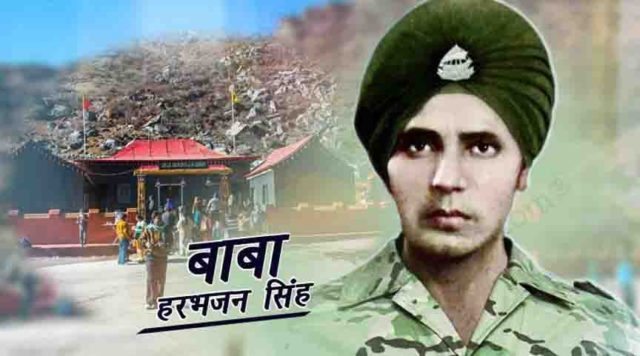 Born on 30th August 1946 in a small village in Punjab, Harbhajan Singh was quick to get himself enrolled in the Indian Army on 09 February 1966.

The Indian army is quick to answer to the calls of distress in the times of need, which not only includes attacks from foreign countries but also during emergency situations like natural calamities. Likewise, in 1968 the northeastern parts of India faced severe landslides and floods due to heavy rainfall. Because of this, the army had to be deployed for a rescue operation in those regions as heavy rains was taking the form of a disaster and claiming lives.

During this time, on October 4, 1968, while escorting a mule caravan Sepoy Harbhajan Singh found himself in an unfortunate situation and lost his life as he fell into a fast-flowing stream.

This made the Indian Army officials declare him a deserter.

ALSO READ: Here Are Some Major Facts That The Movie “War” Got Wrong About The Indian Army

If stories are to be believed, it is said that after this tragic incident, Sepoy Harbhajan Singh appeared in the dreams of his fellow soldier Pritam Singh and told him where he died.

Surprisingly, when matters were investigated, Martyr Harbhajan Singh’s body was found in that exact spot as was told to Pritam Singh, thus helping the army in its own search party. 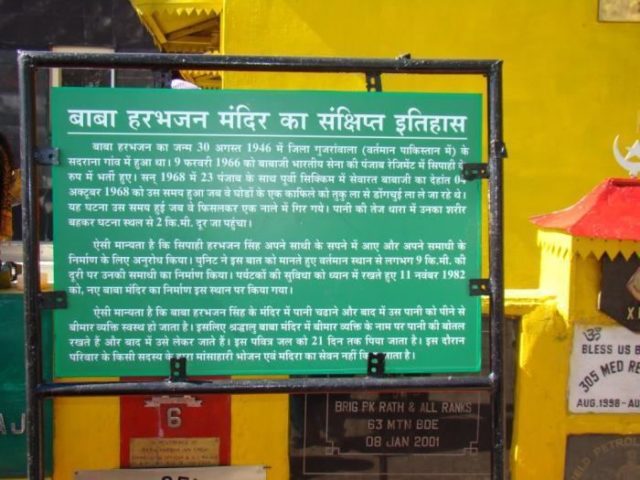 After this, many incidents kept on occurring that made the soldiers feel the dead soldier’s presence. As days passed on, the stories of the guardian spirit of Sepoy Harbhajan Singh slowly took a religious turn and became a popular folklore in the Indian Army, especially near the Nathu La pass in Sikkim where he died.

Along with considering him as the “Hero of Nathu La”, the soldiers also consider him to be a saint and their guardian who protects them. 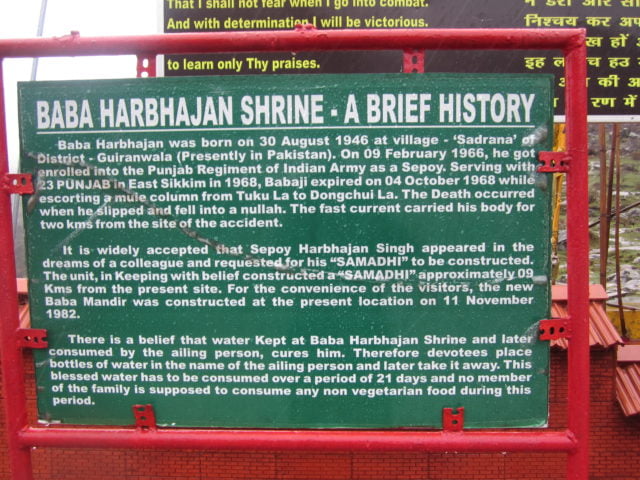 They have even built a shrine in his honour.

According to the folklore that is popular among the soldiers, Baba Harbhajan Singh grants favours to the men on the battlefront and protects those who worship him. 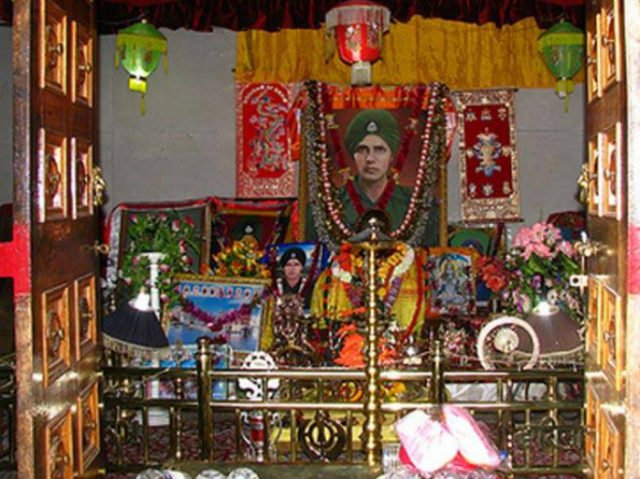 His presence is so strongly felt among the Indian Army soldiers that apparently the villagers and even the Chinese People’s Liberation Army (PLA) soldiers positioned across the Indo-Chinese border of Sikkim and Tibet are said to honour him.

According to the legends, there have been multiple reports of soldiers claiming that in an event of war between India and China, Baba Harbhajan Singh had warned the Indian soldiers of an approaching attack on our borders in advance.

Many soldiers claim that Baba himself had disciplined army officials with a slap for not maintaining a proper attire or not doing their duty well.

Even at times of war, the aggressive Chinese army is known to pay respect to Baba Harbhajan Singh. To pay respect to the spirit, they even keep an empty chair in their customary flag meetings. 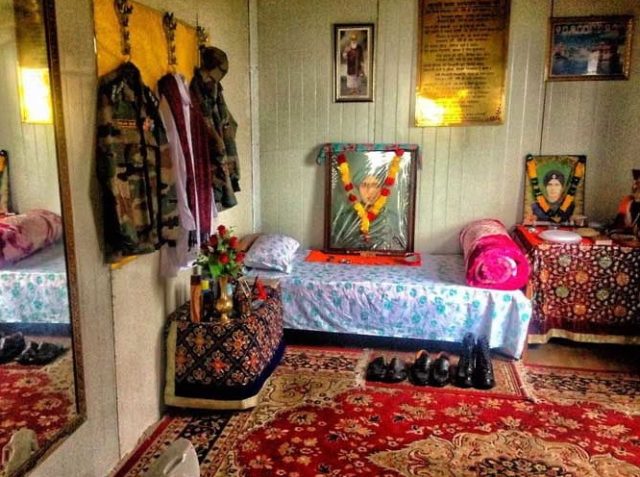 The presence of Baba on the Sino-Indian border at Nathu La Pass surely helps India’s soldiers have a confidence boost.

Facing the inhospitable high altitude environment with such an aggressive enemy just on the other side of the border, they often smile and place their trust in their guardian spirit by saying, “The dragon is scared of him. At this border, we have his backing. Nothing can go wrong here.”