Home ED Originals In Pics: With Northern India Covered In Snow, We Take A Look... 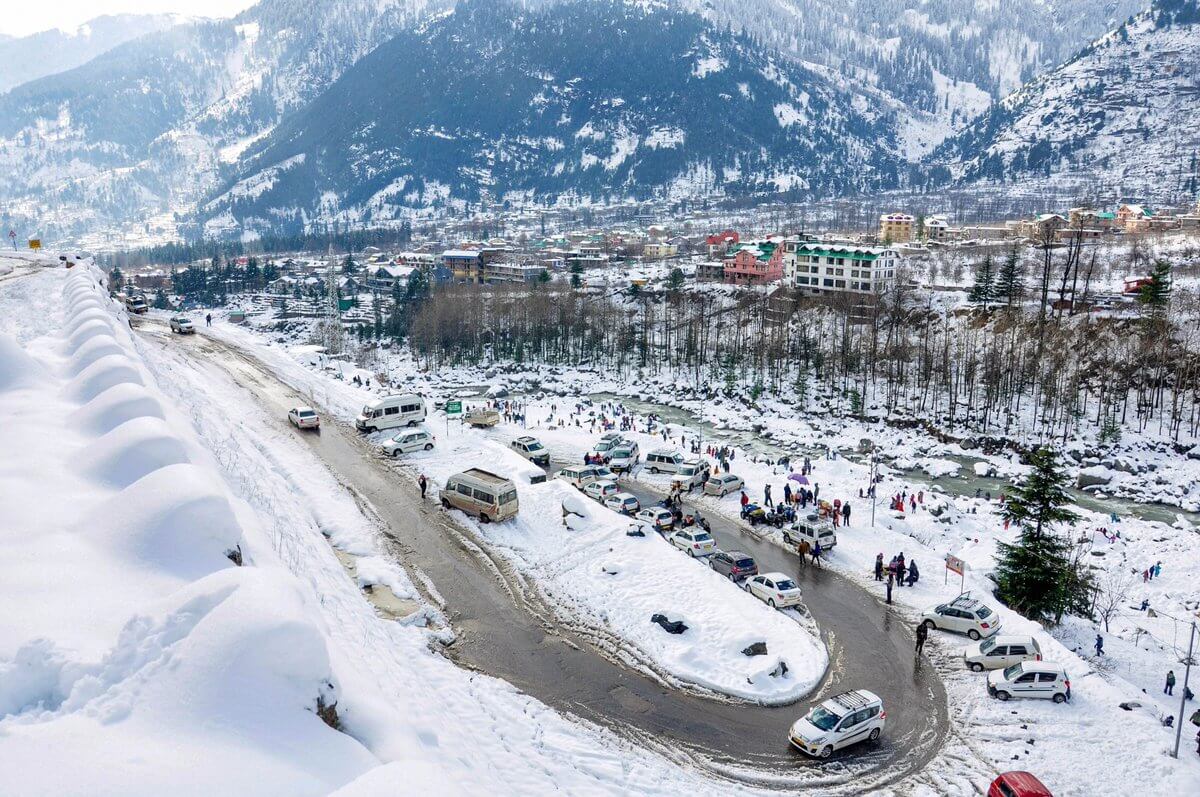 The Indian subcontinent is mostly known as a tropical country, with its warm climate and beaches attracting hundreds and thousands of tourists each year.

A winter wonderland, snow and hilly terrains are not the immediate things connected with the country. Our own Bollywood for that matter symbolised the peaks of Switzerland as the most romantic destination.

These places are said to be pretty good winter destinations, what with them receiving ample snowfall and thus allowing people to take part in winter sports like skiing, snowboarding, etc.

With winter right upon us, many places in India are covered in snow and feel like they leapt right out of a computer desktop image.

Here we take a look at some beautiful images of snow covered places in northern India:

Parts of northern India have gotten the first snow of the season and it has been quite a lot. The meteorological department revealed on Saturday that places like Shimla, Manali, Dalhousie and Kufri had gotten snowfall overnight.

Dalhousie topped the list with a whopping 60 cm of snowfall which was followed by Kufri at 20 cm, Manali at 10 cm and Shimla at just 8 cm.

These are some shots from Shimla with the temperature reaching below 0 degrees with some reports calling it between -1 and 6°C.

This is still considered warm as compared to the Spiti Valley that saw a numbing temperature of around -20°C.

The snowfall started around 5.30 pm on Friday and continued on till 8.30 am on Saturday. Along with the popular destinations Lahaul- Spiti’s administrative centre Keylong and Kinnaur’s Kalpa also got around 13 cm of snowfall.

Read More: In Pics: Why Is No One Talking About Munsiyari, The Little Kashmir Of India?

Nainital in Uttarakhand also got its first snowfall of the season with Binsar joining in.

Many roads and houses in Himachal Pradesh, Jammu and Kashmir and more are completely covered with snow.

The snowfall did end up blocking the National Highway 5 around the Kufri and Narkanda region.

This snowfall has also impacted Delhi with the city experiencing rains and strong, chilly winds taking the temperature to single digits.

Temples place like the Kedarnath shrine and Badrinath Dham have also been seen covered by a thick layer of snow.

This is a good way to take a look at some parts of northern India which are no less than the Swiss Alps and other foreign locations.