Home ED Originals In Pics: Shayaris Of Mirza Ghalib That Made Us Fall In Love... 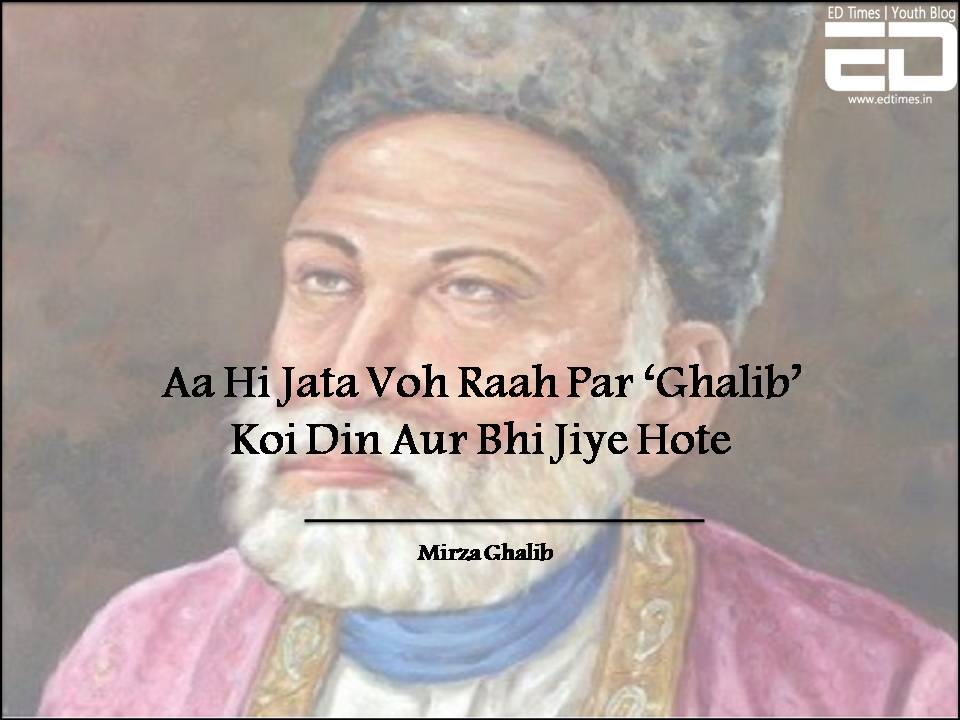 Regarded as one of the most famous and reputed Indian poets who wrote in Persian and Urdu, Mirza Ghalib is an inspiration for all of us.

Born in Agra, Mirza Asadullah Beg Khan whom we know as Mirza Ghalib, moved to Dilli (present day Delhi) when he got married to Izzat-ut-Nisa Begum. He started his career as a ‘Shayar’ but failed to make a fortune for himself. His life was full of misery as none of his 7 children survived. The pain of his life was very well portrayed in his writings.

He could not make a living out of his career as a poet during his lifetime but after his death, he became a famous name in India and abroad.

On his birthday, we have jotted down some of his brilliant pieces of work as a tribute to him. 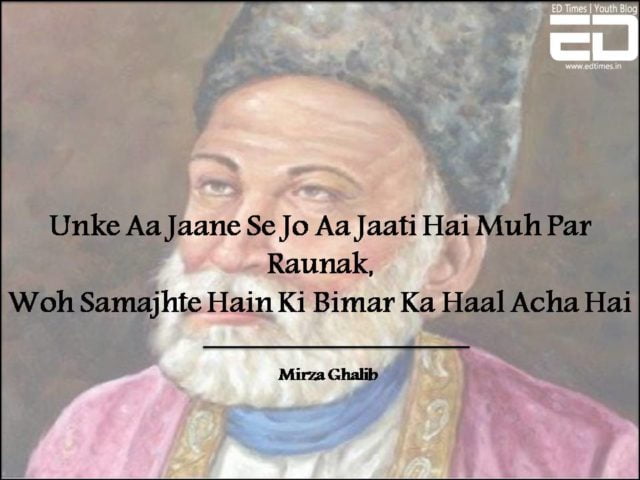 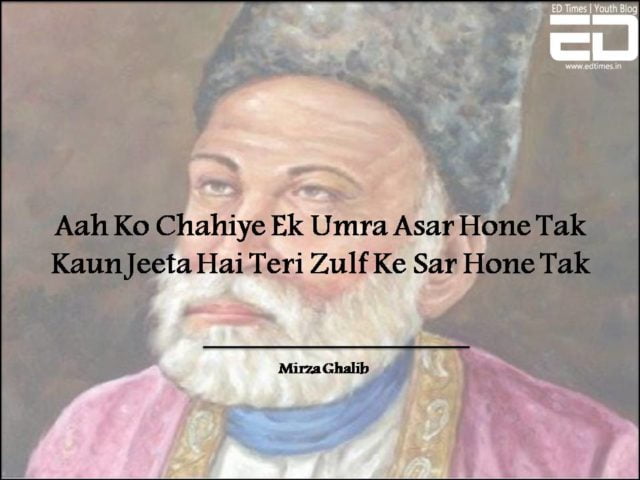 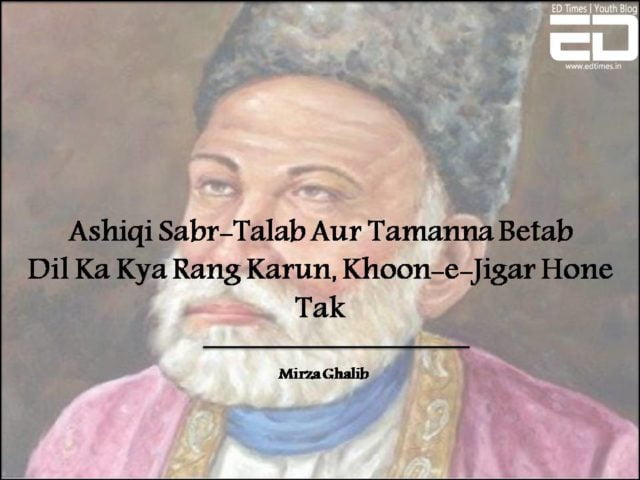 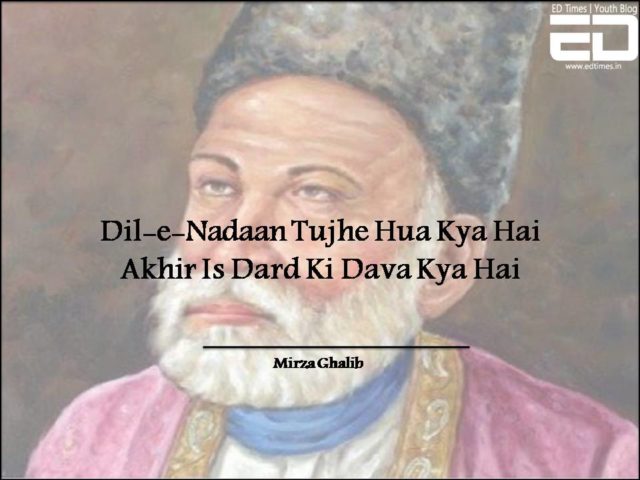 Also Read: Urdu Is Part Of Hindustani: Delving Into The Rich History Of Urdu 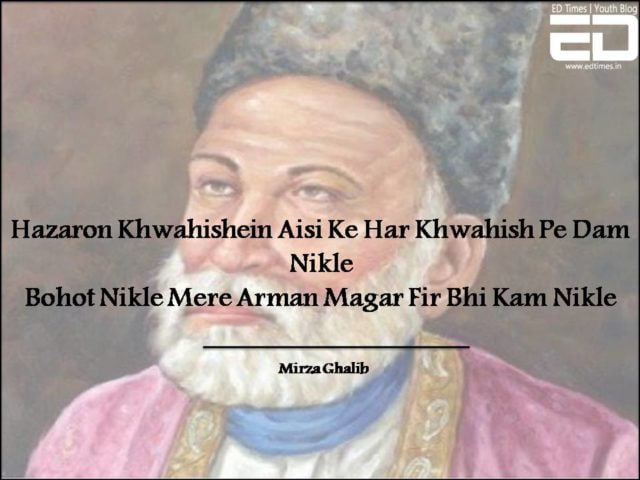 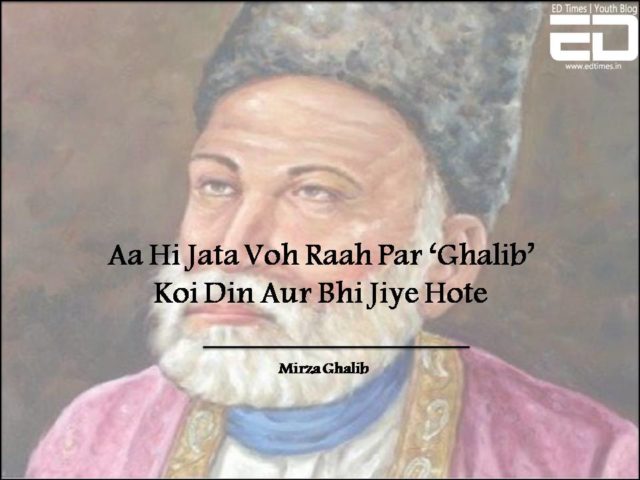 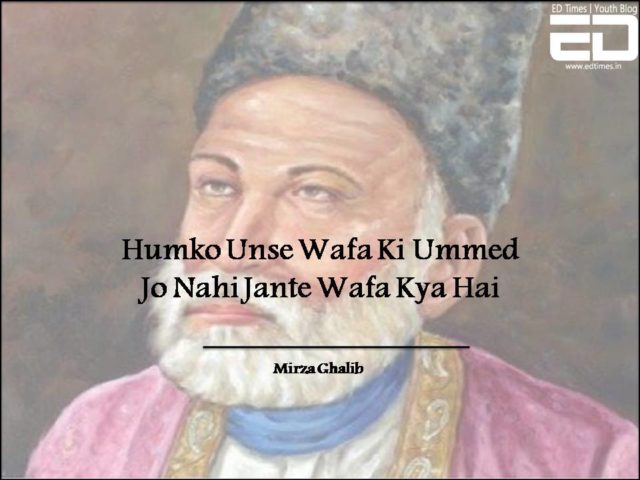 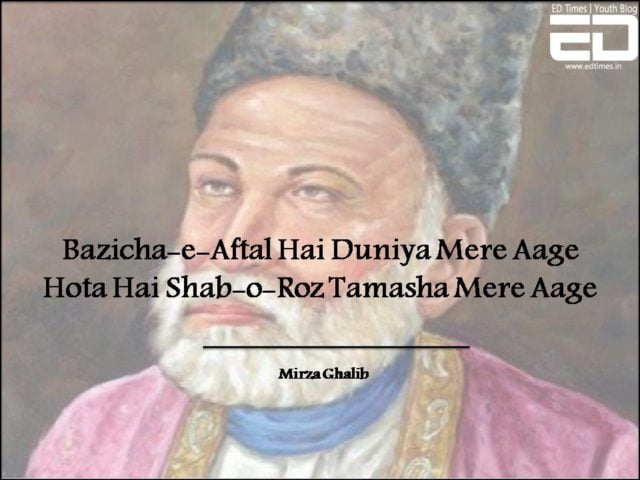 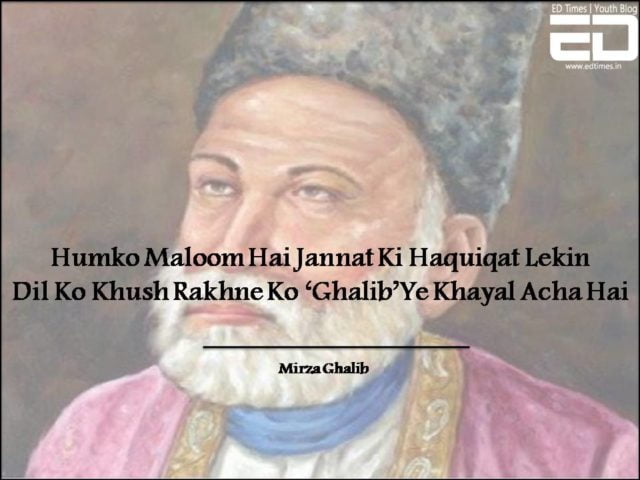 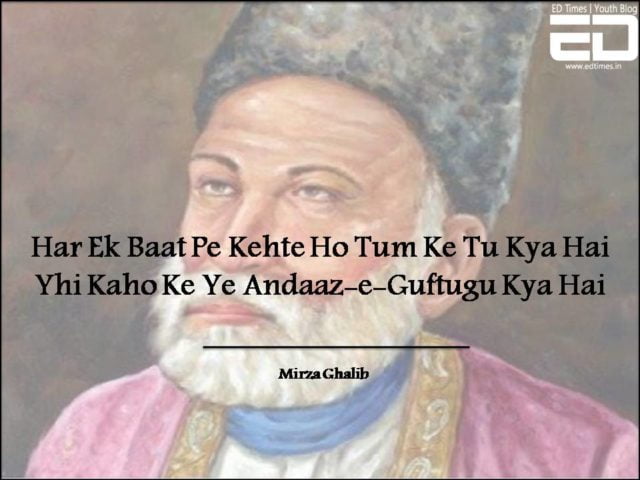