Home Entertainment Movies In Pics: Excellent Korean Movies You Need To Watch To Cure The... 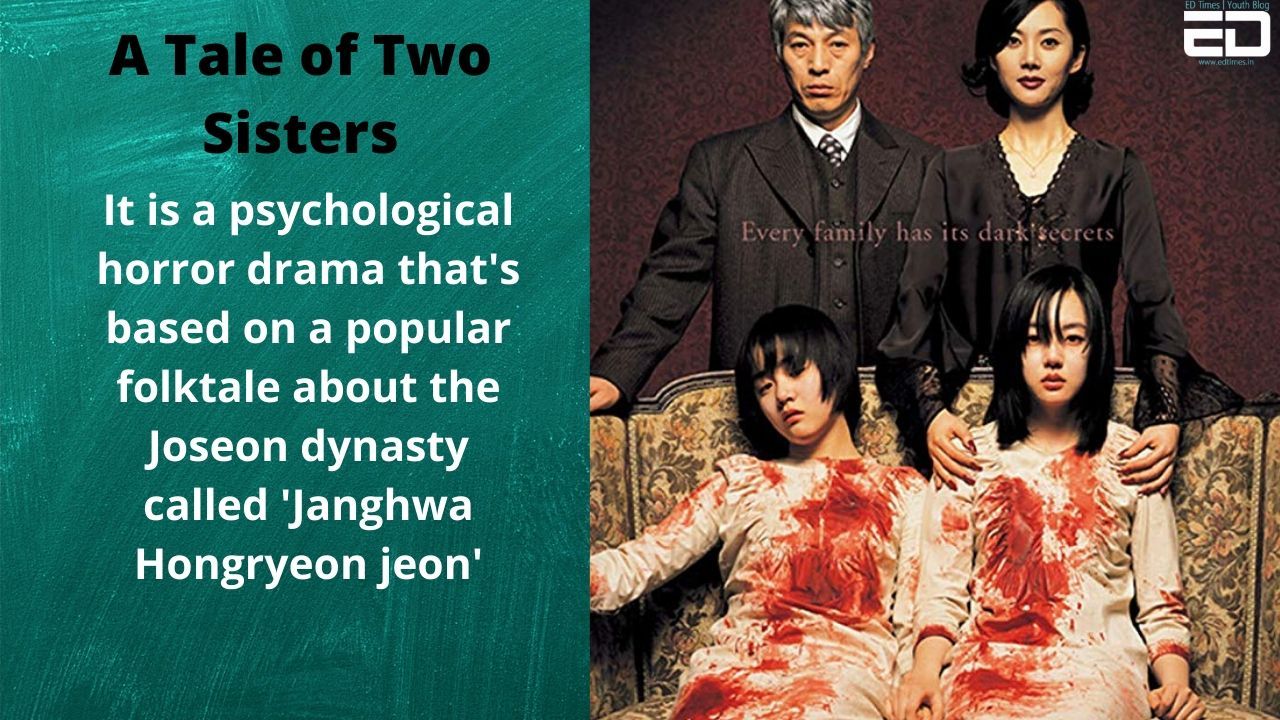 The film made history because it is the first South Korean movie to be nominated for an Academy Award for Best Picture. Moreover, there is a huge chance that it will win the award as it has been lauded by critics everywhere. It also won the Palme d’Or at the 2019 Cannes Film Festival.

The film grips you from the very start and keeps you guessing. This movie has certainly piqued many people’s interest in Korean cinema.

So, here’s a list of 6 Korean movies that will make you respect the craft of Korean artists and filmmakers even more- 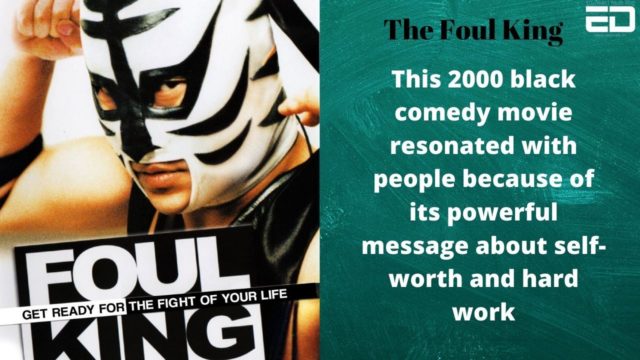 The story centres on a bank clerk who is frustrated by his job and his horrible boss. He starts to moonlight as a wrestler.

He wins his first match due to dumb luck but practices to become a better fighter. Because of his antics and dirty fighting style he’s called ‘the foul king’ in the ring. Even with its exaggerated fighting scenes, the movie doesn’t lack substance and makes for an entertaining watch. 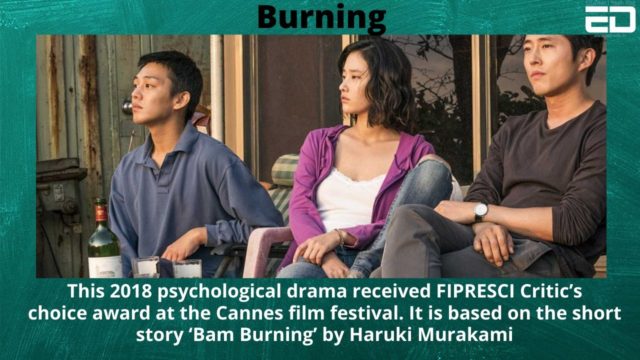 It was selected as the official entry by South Korea for the Best Foreign Language Film category at the 91st Academy Awards.

The movie tells the story of Lee Jong-Su, an aspiring writer who performs odd jobs to make ends meet. He becomes reacquainted with his childhood classmate Hae-mi. She, in turn, introduces him to her wealthy boyfriend Ben.

The story picks up when Ben reveals that he has a strange hobby that involves burning abandoned greenhouses every two months.

If you are a fan of mysteries then this film is a must-watch. There is a sense of unease that’s present throughout the movie and it keeps the audience on edge.

It holds the title of the highest-grossing Korean horror film. It obtained the Best Picture Prize at the 2004 Fantasporto Film Festival. 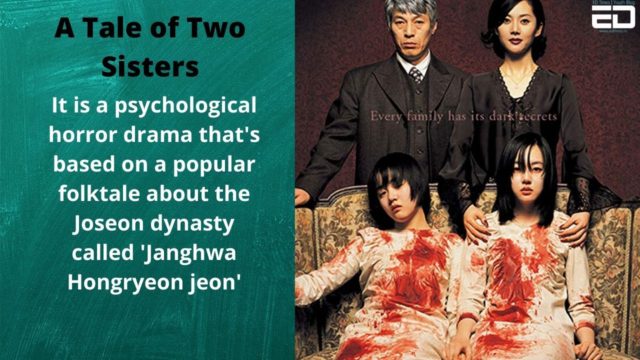 The protagonist of the movie is a teenage girl named Su-mi who returns home from a mental institution. Her family has witnessed the tragic death of her biological mother and her twin sister and she has a difficult relationship with her stepmother.

The twist and the big reveal of the movie thrilled me to no end and I thoroughly enjoyed watching this film. 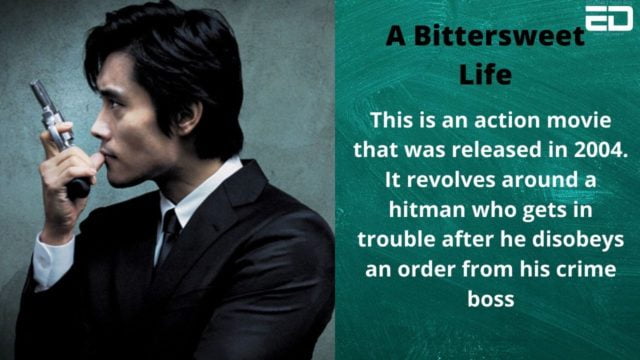 The protagonist Kim Sun-woo becomes enthralled with his boss’s young mistress and spares her by not revealing her affair with another man. This invites the wrath of his boss who tortures him and sets the stage for a daring escape and a promise for revenge.

The movie was helmed by Kim Jee-woon, the acclaimed director who is responsible for gems like- A Foul King, The Quiet Family, The Way of Shadows, A Tale of Two Sisters, etc. 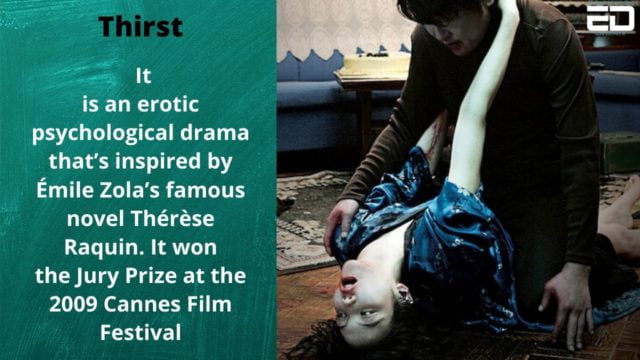 The film is about a catholic priest who gets infected with a deadly virus that forces him to survive on blood. The film revolves around a love triangle between the priest, his childhood friend, and the friend’s wife.

If you like vampires then this is the movie for you. 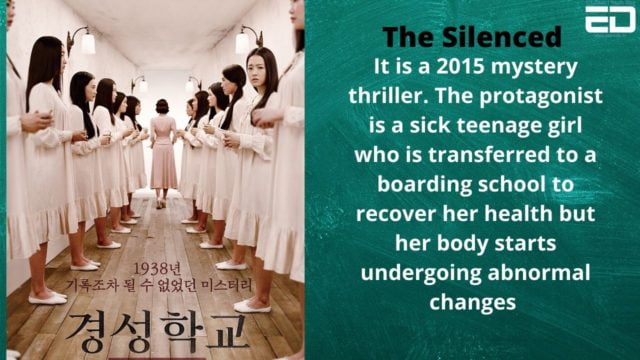 This film is set in 1938 during the Japanese occupation of Korea. The film’s plot revolves around the mysterious disappearance of young girls from the boarding school. The film criticizes the cruel Japanese regime.

These are just a few movies that have been loved by critics and audiences alike.

So, if you enjoyed Parasite and want to know more about Korean cinema give these movies a chance. I am sure you won’t be disappointed.

7 ASMR-Tists You Need To Watch For Tingles and Relaxation