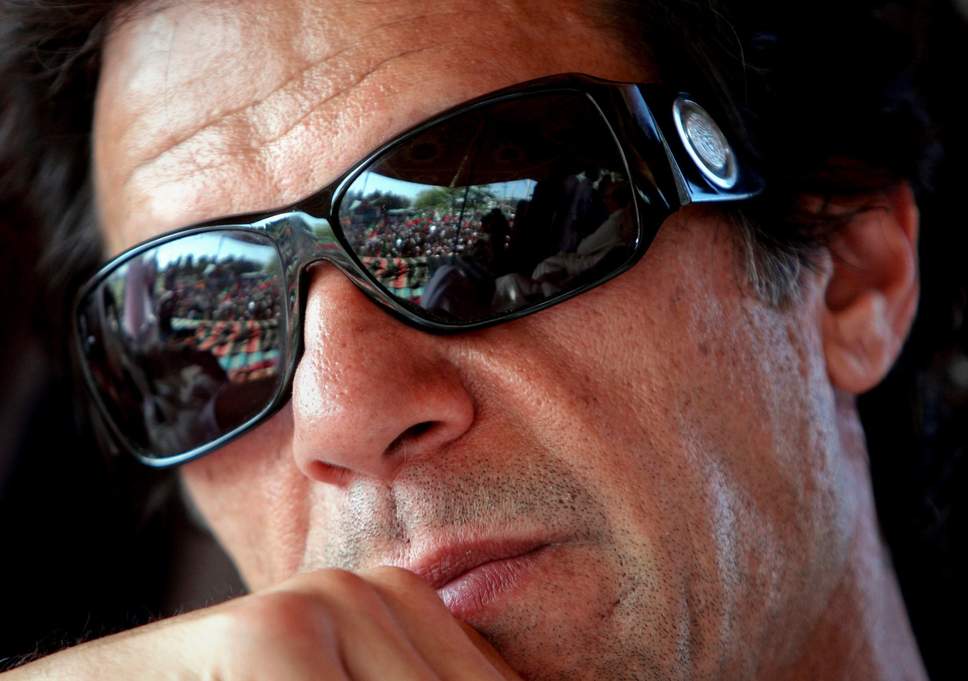 “22 years later, after humiliations, hurdles and sacrifices, my sons’ father is Pakistan’s next PM. It’s an incredible lesson in tenacity, belief & refusal to accept defeat. The challenge now is to remember why he entered politics in the 1st place. Congratulations.”

Imran Khan is set to become the PM of Pakistan after his party, Tehreek-e-Insaf (PTI) claimed to have won the elections in the general elections.

In a presidential style speech, he said,

“I came into politics 22 years ago because I believe that the potential of our country was not being realized.”

“The Pakistan that I saw growing up deteriorated in front of my very eyes. I came into politics because I wanted Pakistan to become the country that Jinnah had envisioned. This has been a historic election.”

The Oxford-educated Khan is the only Pakistani captain till date to have won the World Cup. This historic election will mark only the second civilian transfer of power in Pakistan’s history.

As mentioned in Independent, Pakistan needed a change and the supporters kept on saying, “We’ve tried the others”, referring to the parties of former PMs, Benazir Bhutto and Nawaz Sharif, “let’s try him this time”.

People were aghast and the Panama Papers controversy was the final nail on the coffin for Nawaz Sharif’s party, PML-N. The cricketer turned politician is an epitome of an honest and clean leader who the public wanted to sit on the throne finally.

The elections have been marred by allegation of rigging across polling stations. Major parties like PPP and PML-N have accused Imran Khan who is being called the adopted son of the Pak army to have colluded with the military to rig elections. “It is a sheer rigging. The way the people’s mandate has blatantly been insulted, it is intolerable, We totally reject this result, It is a big shock to Pakistan’s democratic process.”

What Does It Mean For India?

Though Imran Khan is known to be anti- India, he reassured everyone that he will his try his utmost best to improve relations and most importantly, increase the trade ties with the neighboring country.

On the major thorn between the two nations, he said,

“The biggest dispute between us is about Kashmir. We need to talk about Kashmir. We’re still on Square 1. India sees Baluchistan, we see Kashmir. This blame game has to stop. We are ready to take two steps forward if you take one, the situation in Kashmir, the human rights violations, deploying army there. Kashmiris have suffered. The leadership has to find a way out.”

Again, one of the slogans of Imran Khan in his rallies were,

It is clear that the fundamentals of India–Pak relations won’t change. It will continue to be decided on the orders of the Army. Nawaz Sharif did try to assuage matters but failed.

A change in the establishment may bode well for Pakistan but the underlying factors which have strained the two nations will remain the same.