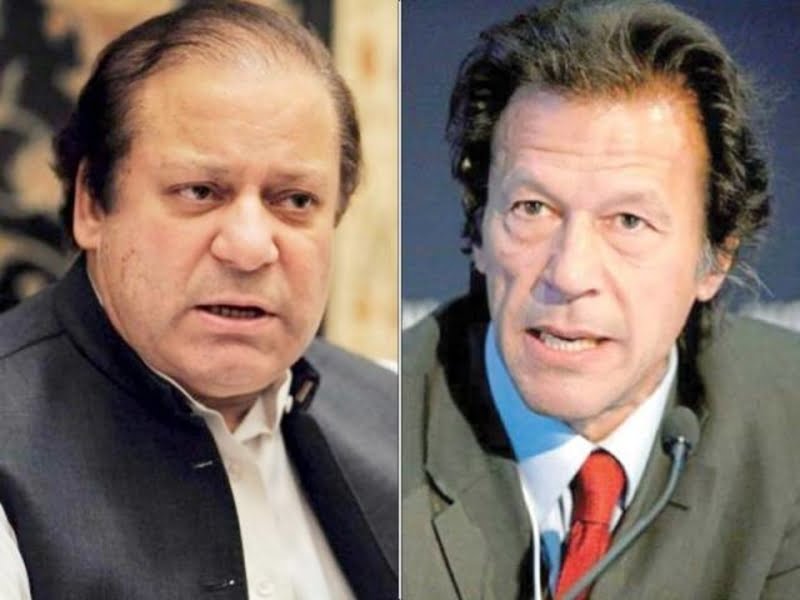 With just a couple of weeks to go for the national elections, the Pakistan Muslim League-Nawaz (PMLN) party was dealt with a huge blow as former party leader Nawaz Sharif was sentenced to 10 years in prison on corruption charges.

The verdict, which was long awaited, was finally passed by the National Accountability Bureau (NAB) court.

Sharif’s daughter Mariam Nawaz, who was earlier regarded as his political heir, was also found guilty and has been handed a seven-year jail term. Her husband, Captain Safdar, was also sentenced to one year in prison.

Sharif, currently in London for the treatment of his wife Kulsoom Nawaz, who was diagnosed with cancer, addressed a press conference after the sentence was handed down. He did mention in the press conference that he will return to Pakistan, although he didn’t specify a particular date.

It is funny how Sharif, who was the Prime Minister of Pakistan less than a year ago, claims corruption as the price he has to pay to ‘love’ his country. What is all the more hilarious is that no head of government in Pakistani history has completed a full term in office.

Says a lot about the messed up state of politics in Pakistan, eh?

The sentence, which may come as a shock to many, was long overdue.

The case in which Nawaz Sharif has been accused is often known as the Avenfield Reference, which is the name of the luxury property Nawaz had illegally acquired.

In 2015, the Panama Papers leaked revealed links of the Sharif family to offshore companies, which were used to channel funds to buy foreign assets.

In July 2017, Sharif was ordered by the Supreme Court of Pakistan to step down from the post of Prime Minister while a government investigation was on into his family’s wealth.

The court has fined both Nawaz and his daughter Mariam $10.6 million and $2 million respectively and barred the duo from contesting the general elections, to be held on 25th July.

Political Scenario After The Verdict

With this verdict coming hardly two weeks before the elections, it is certain to have a huge impact on the results.

The PMLN party is the ruling party at the moment, but is expected to be ousted by its main rival, Pakistan Tehreek-e-Insaf (PTI) after Sharif was convicted on Friday.

The Pakistan Peoples Party (PPP) is also in the fray, but it isn’t as much a threat to PMLN as PTI. The opinion polls are in favour of PTI, but only just.

The PMLN party, formerly led by Nawaz Sharif, is now led by his brother Shahbaz Sharif, after Nawaz was accused of corruption and was banned from leading the party in February 2018.

During his time at the helm of affairs, Nawaz Sharif didn’t have the best of relationships with the Pakistani military, with him criticizing the military for its links with militant groups.

With Nawaz now sentenced to imprisonment, the party is blaming it on the military, accusing it of ‘conspiring’ against the party.

Although the chances of winning the elections now look bleak, the party hopes to gain sympathy votes after Nawaz Sharif returns in Pakistan to be jailed.

PTI is the Pakistani opposition party, led by former star cricketer Imran Khan. Ever since Nawaz Sharif was removed from the post of the Prime Minister, PTI has been gaining ground in the country.

With the leader of its main rival accused of corruption, PTI has been riding on those accusations, tarnishing the image of their opposition as much as it can.

PTI is widely recognized as the most rapidly growing party in the country, and with the dynamic Imran Khan at its helm, it is no surprise to see why.

The Pakistanis often complain to be ruled by “Allah, America, and the Army”. While not literally true, of course, but it does show the state of politics in the country.

The political parties are deemed ineffective, with two corrupt families, going by the name of the Bhuttos and the Sharifs, in the forefront for decades. Pakistan’s economy needs an overhaul with fresh ideas and PTI seems to offer just that.

With PMLN in deep trouble, it will be interesting to see if their substantial supporters remain loyal to the party, or will they do the obvious and ditch PMLN for PTI?