Home Social Opinions ‘I Am The Real Creator’: Twitter User Claims To Be Behind The... 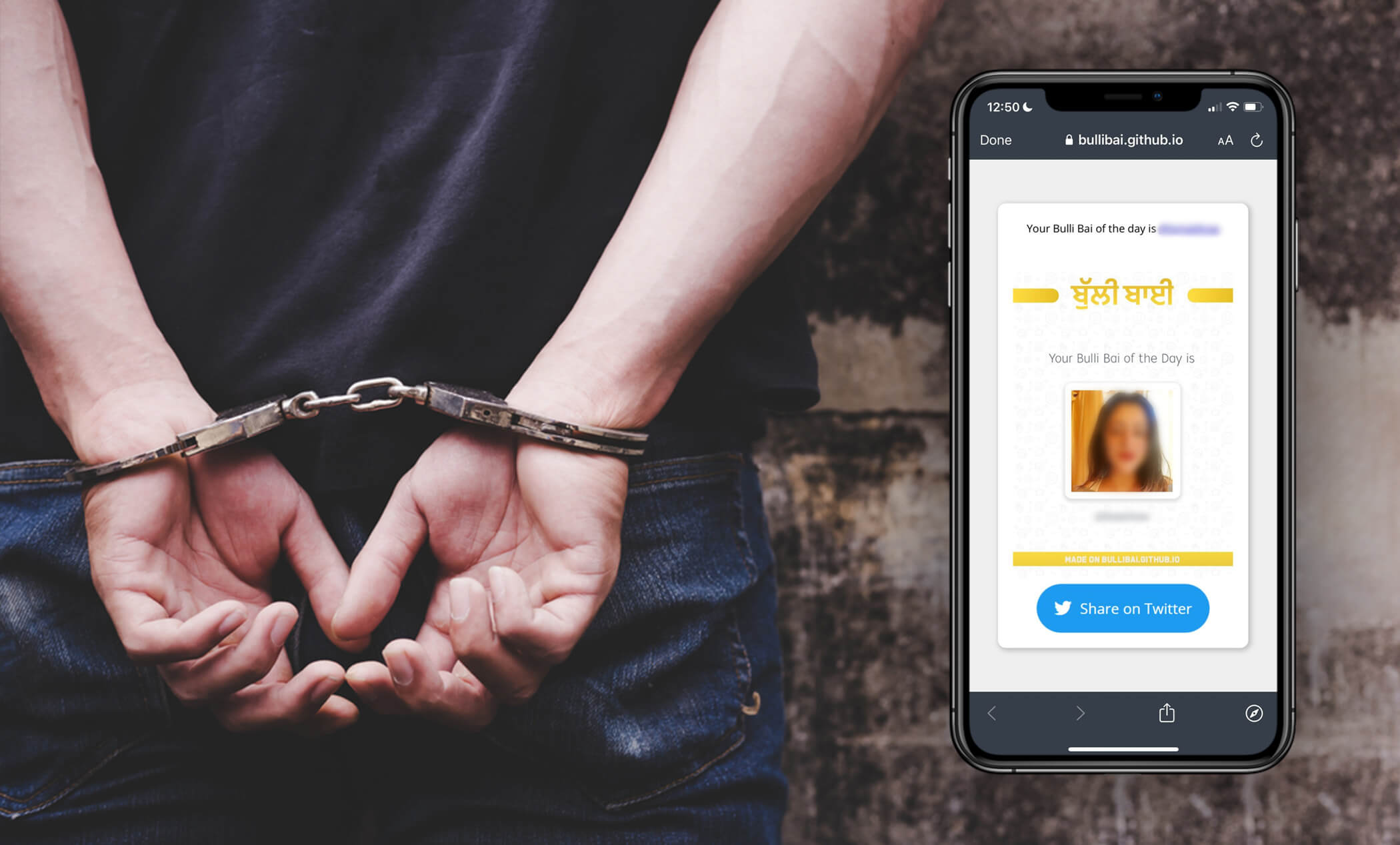 The Bulli Bai controversy exploded on social media on 1st January 2022 when several Muslim women found that they had been listed for ‘auction’ on an app that seemed to be a crude clone to ‘Sulli Deals’ that was also an offensive app from last year that offered users ‘sulli’.

The term is an insulting word used for Muslim women often by right-wing trolls and religious haters. It is interesting that both these apps were hosted on the same platform of GitHub.

A female journalist was one of the first ones to post about this degrading matter with a screenshot of an app called Bulli Bai app where an image of hers was put up as ‘deal of the day’ and said that “very sad that as a Muslim woman you have to start your new year with this sense of fear & disgust.”

Since then around 3 arrests have been made by the cyber cell of Mumbai Police. The first was 19-year-old Shweta Singh, then 21-year-old student Mayank Rawal and after that Vishal Kumar Jha was arrested recently. According to Mumbai Police it was Shweta Singh who was the mastermind behind it all.

On Wednesday, a Twitter user claimed to be real mastermind and creator of the Bulli Bai app and he stated that the arrest of the first three people was incorrect. According to reports the user seems to be from Nepal and they even stated they would share the real username, password and source code they had used to make the app.

Read More: Karnataka: A Dustbin Can Put On A Teacher’s Head On The Name Of “Prank”, How Far Will Harassment Go?

The user going by handle @giyu44 tweeted out that “You have arrested the wrong person, slumbai police. I am the creator of #BulliBaiApp. Got nothing to do with the two innocents whom u arrested, release them asap.”

They further said that “When this fiasco started I wasn’t even aware of what it might entail, so I use my friends accounts. Both Vishal and that Swati girl, I use their accounts.. They didn’t even know what I was going to do. Now they got arrested coz of me… Feel free to abuse me in comments.”

They then posted that “I will personally surrender if someone arranges for my travel by flight.”

In the latest update, the Delhi Police Special Cell’s IFSO team has apparently arrested a man from Assam called Neeraj Bishnoi that is now being claimed to be the main culprit behind the app.

As per K P S Malhotra, Deputy Commissioner of Police, Intelligence Fusion and Strategic Operations (IFSO) unit “Neeraj Bishnoi, arrested from Assam by Delhi Police Special Cell’s IFSO team, is the main conspirator and creator of ‘Bulli Bai’ on GitHub and the main Twitter account holder of the app.”

The 21-year-old man is reportedly a second-year engineering student from an institute in Bhopal and was arrested in his hometown of Jorhat in Assam and will soon be brought to Delhi.

FlippED: Is India Really Becoming Intolerant Or Just Setting Some Wrongs Right: Our Bloggers Fight It Out