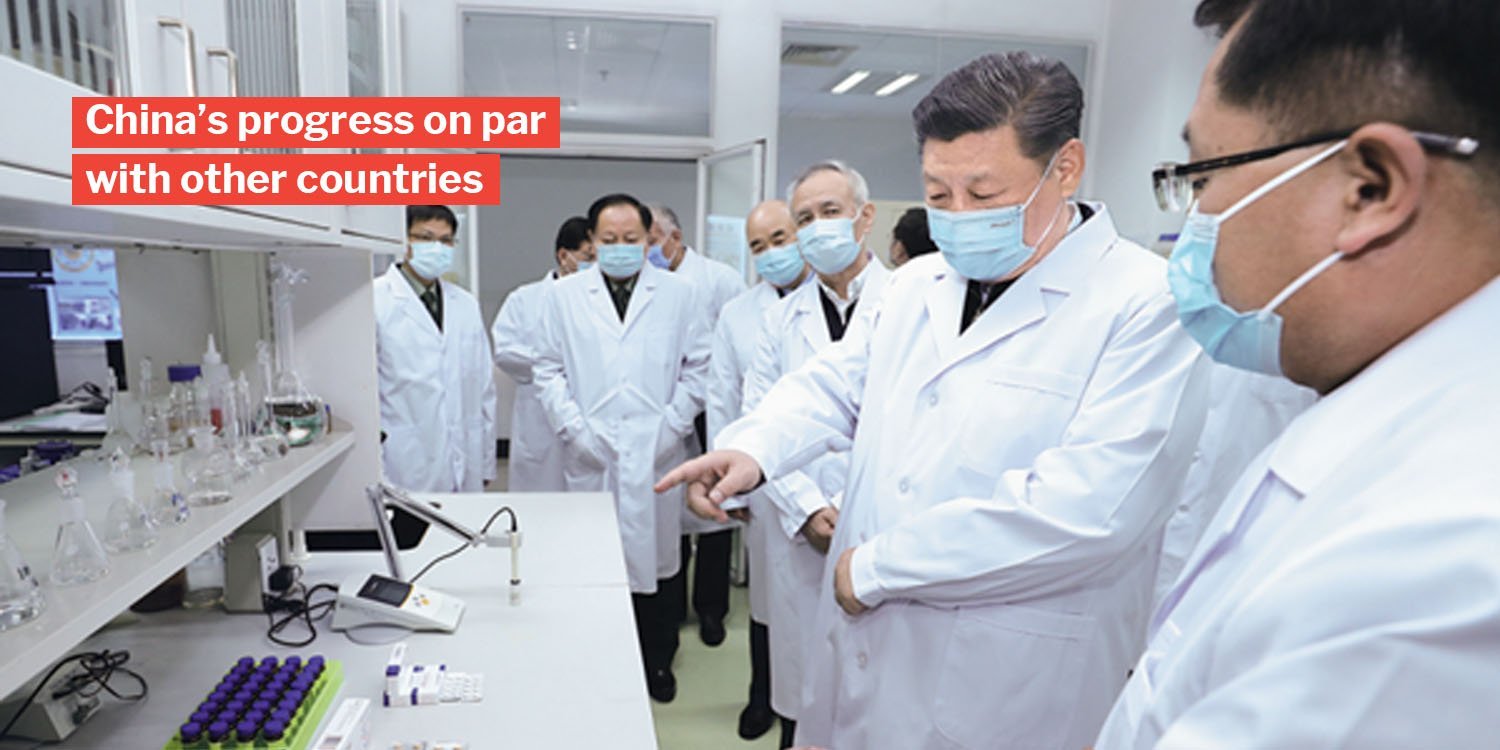 Scientists all over the world are in a hurry to find an antidote for respiratory illness COVID-19 that has killed thousands of people and infected many more. Many medicines and drugs are being used to treat patients as there is no definite information about the cure of coronavirus. The pandemic has not yet reached its height and we are still struggling to find the exact origin of the virus, let alone finding a vaccine for it.

China on their way to make a vaccine for Coronavirus

Global Times, China’s national English language newspaper, under People’s Daily, reported that Chinese scientists have developed a new weapon to combat the coronavirus. They say they have found a nanomaterial that can absorb and deactivate the virus with 96.5-99.9% efficiency. However, not much is known about this scientific investigation. 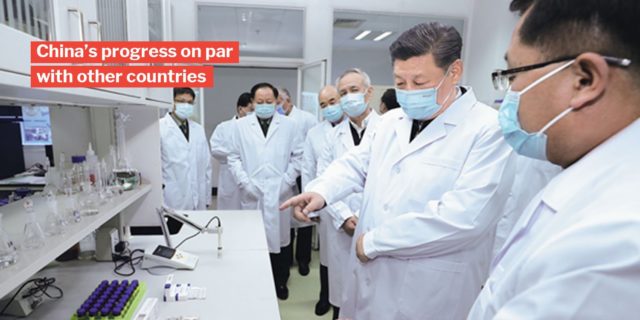 People on Twitter were not very happy to get this news. They brutally blamed China for spreading the virus and now pretending to be a savior.

Let us look at some of the Twitter comments under Global Times’ recent report:

It's fully fake propaganda of Chinese govt Pro news channel @globaltimesnews . There is no official confirmation from any Chinese member of Parliament. It's unconfirmed and Inhuman news. satire on it's own govt for hiding truth.#Covid_19 @rifatabdullahh @WHO @amnesty @BSF_India pic.twitter.com/bJSefWls2Z

It was Malaria not COVID 19…Article coming from China's own Global Times back in February. Should debunk the lies from the Chinese government about the US military infecting Wuhan! https://t.co/C9g6bu0ALC

NIH on use of Nanotechnology to treat COVID patients

According to the United States NIH, “Nanotechnology can be used to design pharmaceuticals that can target specific organs or cells in the body such as cancer cells, and enhance the effectiveness of COVID-19 therapy”.

However, while engineered nanomaterials provide great benefits, “We know very little about potential effects on human health and the environment. Even well-known materials, such as silver, for example, may pose a hazard when engineered to nano size”, according to NIH.

Interferon Alpha, a drug developed by Cuba in its Center for Genetic Engineering and Biotechnology, is being used to treat patients with this respiratory illness. This drug earlier was used to treat HIV-AIDS, Hepatitis B and C , Dengue and various other viral infections. Although it will not cure the illness but it is really helpful in preventing virus replication.

Chinese authorities found this drug very beneficial in their effort to curb the spread of this disease in Wuhan. 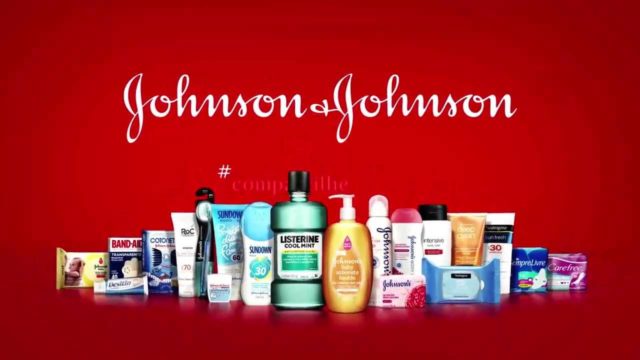 Johnson & Johnson, a leading US based healthcare company, announced on Monday that they have developed a leading candidate vaccine for COVID-19 that will be used on humans by September and would be ready for use early next year.

“We had several vaccine candidates which we tested in animals in order to choose the best one, that took 12 weeks, from January 15 to today,” said Paul Stoffels, the company’s chief scientific officer. The stocks of the company increased rapidly despite mentioning the fact that the vaccine would be available on a non-profit basis.

Apart from this, the US pharmaceutical Moderna and China’s CanSinoBIO have already moved into human trials for its vaccine candidates.

The vaccine, mRNA-1273, developed by Moderna in collaboration with NIH was for the first time used on a patient at Kaiser Permanente Washington Health Research Institute in Seattle.

Moderna said it “continues to prepare for rapid acceleration of its manufacturing capabilities that could allow for the future manufacture of millions of doses should mRNA-1273 prove to be safe and effective”.

WHO launches a mega global trial with four promising drugs 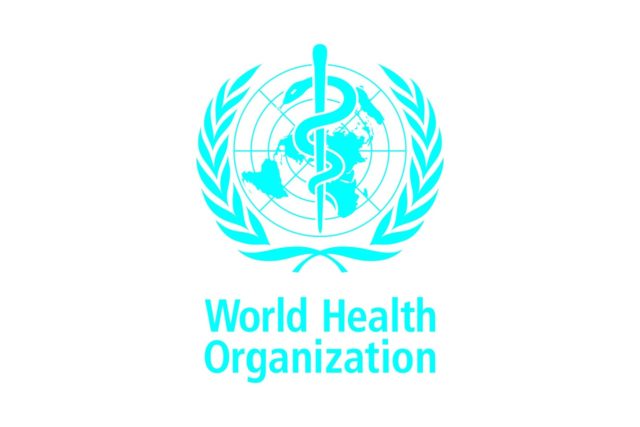 WHO launched a mega global trial with four promising drugs to treat the patients with this illness. It includes:

“It will be important to get answers quickly, to try to find out what works and what doesn’t work. We think that randomized evidence is the best way to do that”, said Ana Maria Henao Restrepo of World Health Organization.

Thus, not much is known about the treatment of this novel respiratory illness. However, China claims that it has found the vaccine for the disease and after adequate scientific testing and experimentation, it will further disclose more information on this topic. Meanwhile, scientists in Europe and America are also running many researches simultaneously to find a cure as soon as possible.

Animals Reclaim Their Space Back From Humans Amidst Coronavirus Pandemic 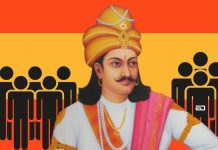 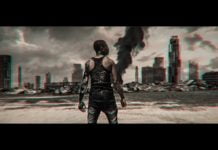 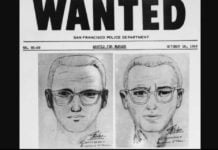 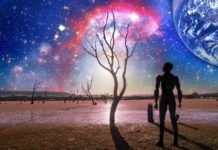