Home Lifestyle How Did A Banana & Some Duct Tape Become A Modern Art... 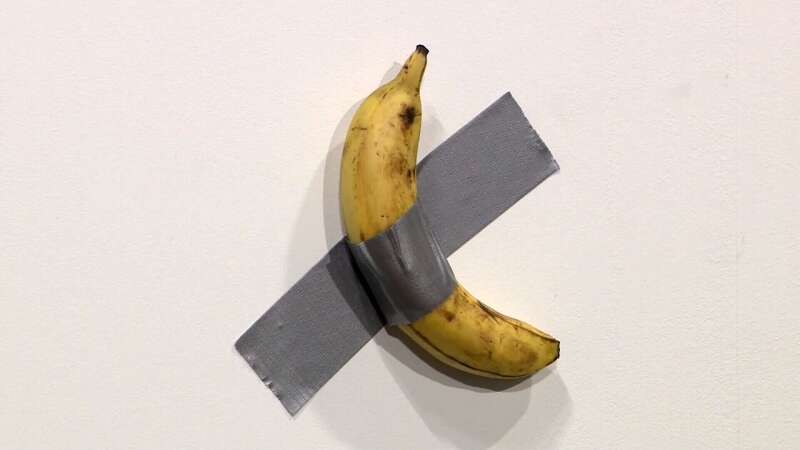 Art has the power to inspire and connect people. But sometimes, it can even confuse people, like in the case of the Comedian, aka a modern ‘banana art.’

Baffled? So was I when I got to know about Italian trickster artist, Maurizio Cattelan’s new creation. The art piece, made out of a banana and duct tape was put up for display in Miami’s renowned ‘Art Basel fair.’

What Is The ‘Comedian’?

The artwork is very easy to explain. It is nothing but a banana bought from a local grocery store that was stuck to a wall using some grey duct tape.

But you’d be mistaken if you think this is nothing but a hilarious prank. The banana art, as some would call it, is priced at a whopping $120,000 (85 lakhs INR).

The bizarre, mundane and yet over the top pricing of the piece has made the potassium rich fruit pretty famous. Believe it or not, certain art lovers have even purchased the fruit and tape combo despite its cost.

What Does It Signify?

There’s been a lot of theorizing on this amusing exhibit. The Perotin Gallery claimed that the work “offers insight (into) how we assign worth and what kind of objects we value.”

Some have drawn comparisons to the time when the artist duct-taped his dealer to a gallery wall as part of another exhibit. The phallic symbolism and the tongue-in-cheek humour associated with the infamous fruit is something that others have made note of.

As for the artist himself, he got the inspiration for the banana art work a year ago when he thought of making a sculpture shaped like the fruit. After experimenting with various moulds and materials like resin and bronze, he finally decided to stick with his original muse – the ‘locally-sourced’ banana.

Also Read: These Crazily Valuable, Stolen Indian Artefacts Are Coming Back To Us

What Did The Buyers Get?

If you thought that these art lovers just got a fruit and some tape, you’re wrong. They were given a 14 page long manual on how to install the work.

Apparently, the ‘work’ should be hung about 175 cm from the ground, fixed to the wall at a 37 degree angle. Special note should also be given to the banana which is supposed to be changed every 7 or 10 days, depending on its ‘aesthetic appearance.’

While the art world was head over heels in love with this ‘fruity’ creation, most people (like me) were a little confused with this ‘modern’ art piece.

If someone hasn’t duct taped a thousand bananas to the walls, stalls, storefronts and street lamps in and around the convention center by tea time, artbasel deserves to sink into the sea pic.twitter.com/zbjaoaxy4k

Not the last one, i got like 20 Duct-taped bananas ready to go. Offers on reply, starting… now.

But the icing on the cake was that this ‘prestigious art’ was only recently gulped down by another artist, David Datuna. He ate the banana in front of an astonished crowd, simply because he was hungry!

Is it a nod to the mundane nature of hopeless human lives or a cheeky artist’s attempt at quizzing the art world? Let us know what you think of the Comedian in the comments below.

The History Of Modern Art