Home Social Opinions These Crazily Valuable, Stolen Indian Artefacts Are Coming Back To Us 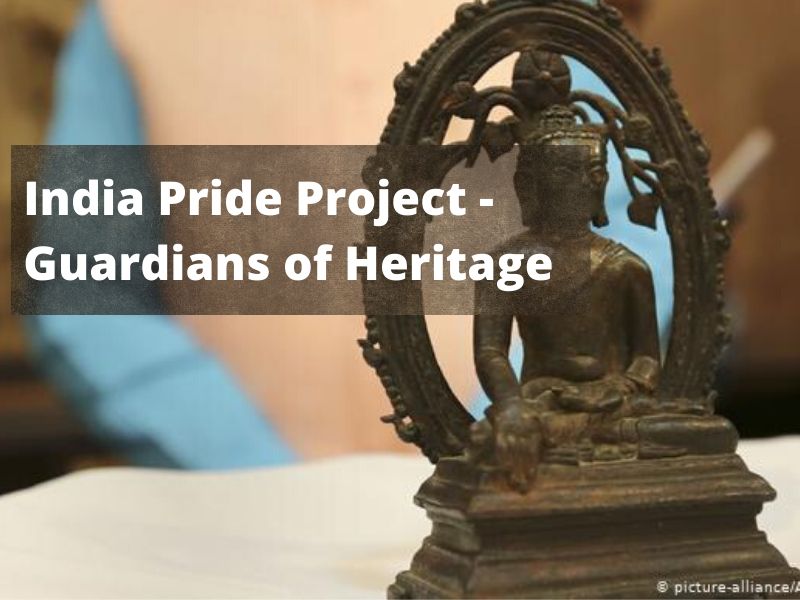 ‘History belongs to its geography,’ is the motto that is driving the India Pride Project (IPP), a group of art enthusiasts who are striving to bring back Indian treasures that were unjustly stolen.

Co-founded in 2014 by Singapore-based art enthusiasts, S Vijay Kumar and Anuraag Saxena, the initiative has been successful in bringing many artefacts of value back to the nation. Two of their greatest achievements include the retrieval of a Dancing Shiva idol and a statue of Lord Buddha.

Now with activists all across the globe, the IPP uses the power of social media to identify artefacts that were stolen from religious temples and ensure their safe return.

The Dancing Shiva or the Sripuranthan Natarajan was the idol stolen by former Manhattan-based art dealer Subash Kapoor from the ancient Brihadeeswarar Temple in Tamil Nadu. The 900-year-old idol was smuggled to the United States and was eventually sold to the National Gallery of Australia for a whopping sum of $5.1 million.

Aside from the monetary worth of the idol, it was its symbolic significance that made it so valuable. The Brihadeeswarar Temple was built almost a millenium ago by the Chola emperor, Rajaraja Chola.

Once the idol went missing, the temple was crumbled to ruins as there was no longer a deity for people to worship. The thieves thus took away with them not just a symbol of history, but also the beliefs of a huge population.

The Australian gallery kept denying allegations that the idol was indeed a stolen Indian artefact. This was when the India Pride Project intervened.

By using their influence on social media, the IPP compared images of the stolen idol to the one kept in display in Australia. Due to the mounting pressure, the museum finally gave in and returned the idol to the Indian government, along with another similarly stolen one.

This initiative was successful on many counts as it ensured the arrest of Subash Kapoor, thereby exposing an extensive racket of idol traffickers. This even led USA to initiate their ‘Operation Hidden Idol,’ which paved way for India to reclaim almost 200 stolen artefacts.

Also Read: The Mythical Story Of Amarnath Yatra And Its History

The Buddha Statue From Nalanda:

In 1961, the Archaeological Museum in Nalanda witnessed a heist that robbed them of a 6-and-a-half inch bronze statue of Buddha, along with 14 other prized sculptures. A 12th century artefact, the statue was exchanged several times before ending up in a trade fair in the UK.

In a cinematic twist of events, the statue was identified with the help of a photograph taken by Sachindra S Biswas, a retired director general of the Archaeological Survey of India (ASI).

The IPP’s involvement proved fruitful in this case also as after about 57 years after its theft, the statue was safely returned back to Indian authorities, in 2018.

Guarding Treasures Within The Country:

For the India Pride Project, work doesn’t stop at the borders. Their efforts have been integral in many recovery operations within the country as well.

For instance, in a raid conducted against a Jaipur-based idol trafficking gang, they were able to recover more than 200 religious statues. These statues worth almost $984,000 were set to be sold illegally in International markets.

Our Heritage And Therefore Our Concern

Despite their struggles with internal and external criminals, the India Pride Project still believes in their goal to reclaim India’s lost treasures. After all, our heritage rightly belongs to our soil.

These restored artefacts in that sense, serve as a reminder of not just our rich history, but also of our glorious heritage and culture.

Sources: The Diplomat, The Guardian, The Asian Age, Wikipedia

Forgotten In The Folds Of History: Cornelia Sorabji – The First Female Lawyer Of India