With a massive, diverse, and incredibly talented cast, Marvel Studios’ ‘Eternals’ has however divided the critics and audiences like no other movie under the Marvel Cinematic Universe (MCU). While many critics were dismissive of the Marvel movie, a few others enjoyed watching it.

Eternals is one of Marvel’s weirdest experiments, an overlong, angst-ridden plot with far too many characters and far too little personality. The film is infused with a feeling best described as “weightless gravity,” trying to hit the viewers over the head with a series of tragic events that are distressing.

Let’s take a look at some of the unusual sequences that make ‘Eternals’ the most unique movie in the MCU, that left the audience scratching their heads.

Marvel surprised Desi fans by introducing a crazy stereotypical Bollywood dance video over an English tune in the midst of the film. 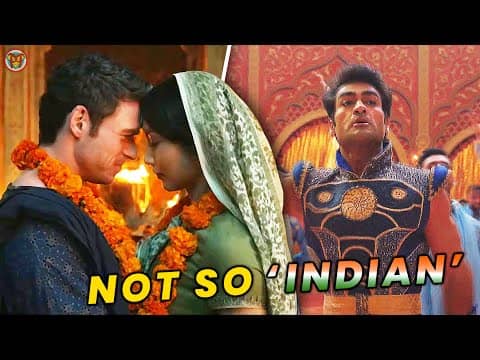 Kingo (Kumail Nanjilani) appears in the scene as Ikaris in the Hindi film Dastan-e-Ikaris. The real Ikaris, played by Richard Madden, pays him a visit and invites him to rejoin the rest of the Eternals in their struggle against the Deviants. Karun, Kingo’s manager, is played by an Indian actor Harish Patel in the video. He, on the other hand, has been aware of Kingo’s heroic identity for the past 50 years.

It appears that the scene did not impress a big number of fans. They were dissatisfied with the analogy made in the video. Here are some reactions to the video which was posted on Instagram. 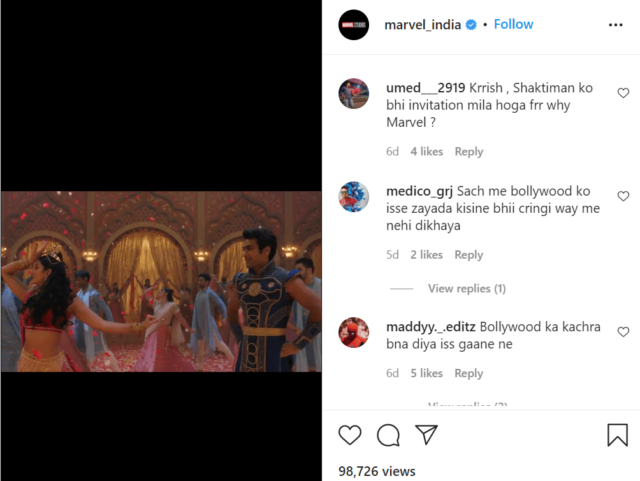 Phastos, one of the titular Eternals, played by Brian Tyree Henry is one of the MCU’s first LGBT main characters. He is presented in the film with a husband and a child that they both care for.

The same-sex kiss by the LGBT couple a leading character makes it the most unique movie amongst MCU and in a Majorly family-oriented Walt Disney Studios Film. 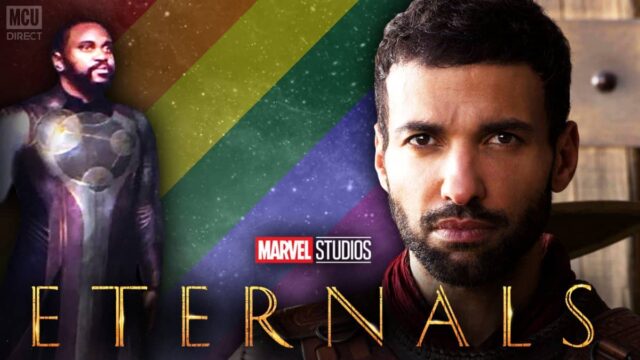 However, this movie has been withdrawn from Saudi Arabia, Qatar, and Kuwait after Disney allegedly refused to delete a same-sex kiss because Homosexuality is still illegal in much of the world, and gets a death penalty in all these places.

Also Read: 6 Reasons Why Marvel Fans Are Losing It Over The Spider-Man: No Way Home Teaser Trailer

An Army Of Superheroes With No Fanbase

Eternals has an all-A-list star cast that boasts the largest ensemble assembled post-Avengers. But being an MCU Fan, I believe that these superheroes are far away from the fanbase that Avengers enjoy. 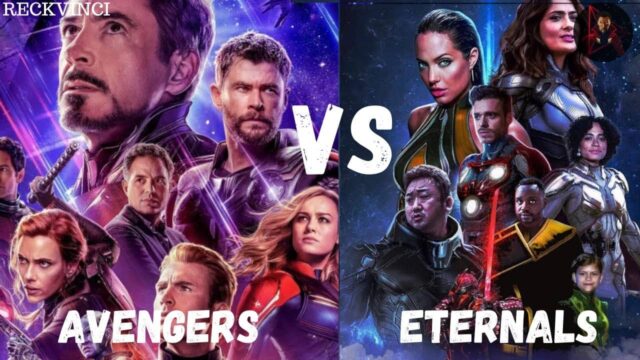 Salma Hayek leads the gang as their spiritual leader Ajak in Eternals.  Angelina Jolie’s role, Thena, is the most complicated and evil of the Eternals. What makes her intriguing is that her battle is not with the terrible Deviants, but with her own mind.

Here are a few fan reviews after watching this unique movie which is quite mixed. 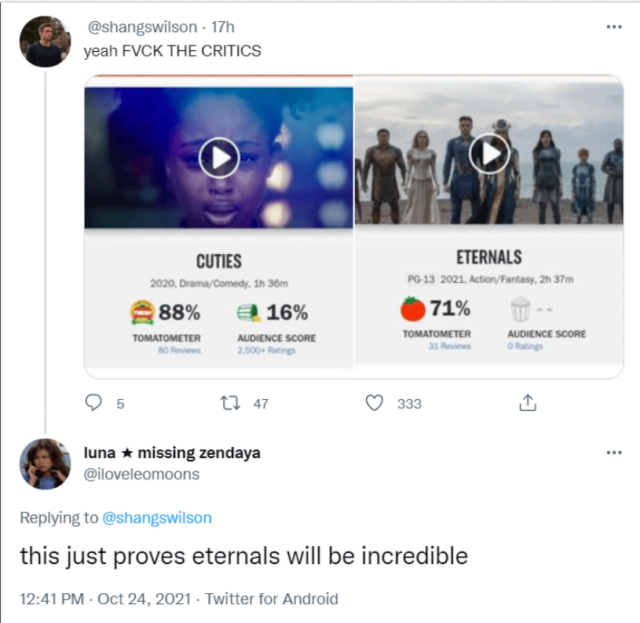 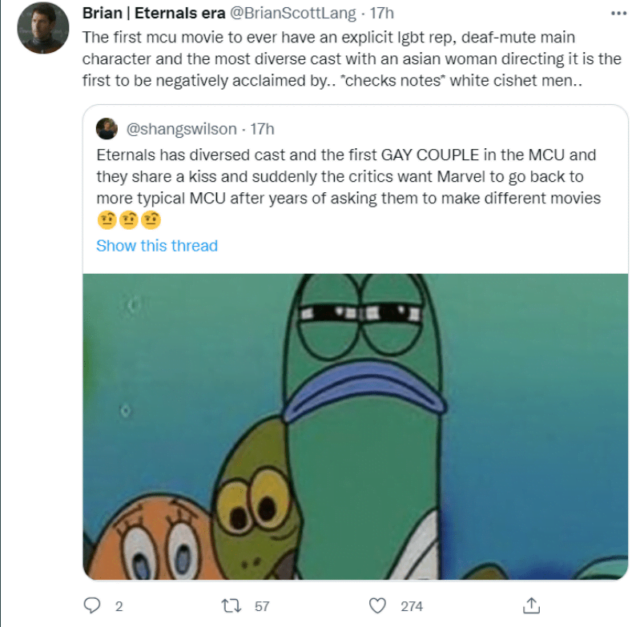 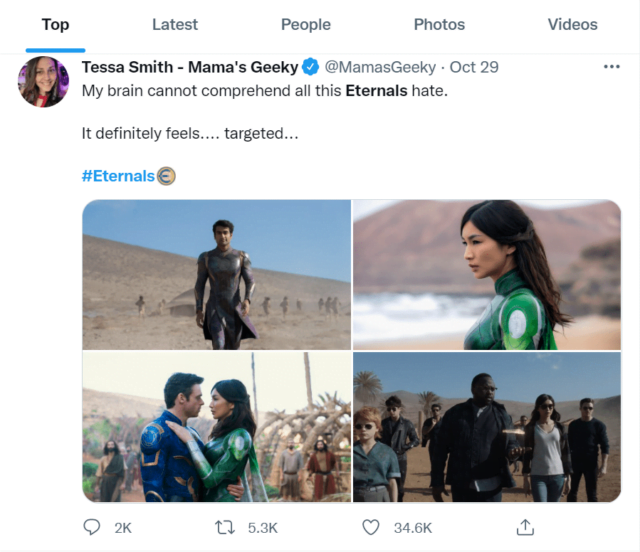 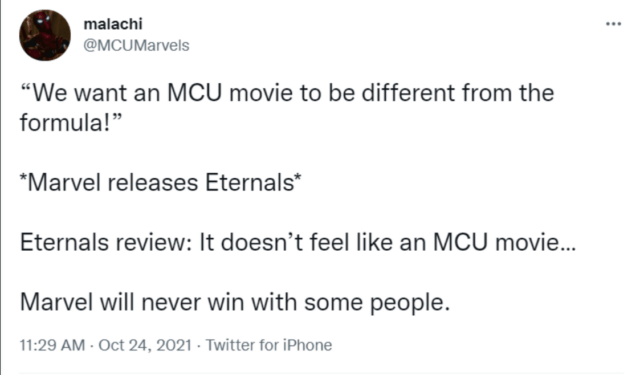 Eternals is visually amazing. No frame is empty of vision, and the action scenes, particularly the opening montage, are expertly staged. However, the picture falls short when it comes to developing interesting characters and subplots that you can genuinely invest in.

So, putting a humble opinion, this movie might not have created an impact like the Avengers. What are your reviews regarding this movie? Let us know in the comment section below.

10 DC And Marvel Movies We Would Never Get To See