A beloved Labrador named Bruno was mercilessly beaten to death by three youths on a beach in a horrific and gruesome event. The incident took place five days ago in Thiruvananthapuram, Kerala, when the pet dog was resting near a boat after playing on the beach.

Bruno was tied to a fishing hook in a boat and brutally beaten with a stick until death. Later, he was thrown onto a beach, much to no one’s surprise.

Upon the filing of a case against the three accused, the dog owner’s family was issued a series of warnings and murder threats in order for them to withdraw their complaint. According to one of the dog owner’s family members, the police were also burying the case until they decided to seek justice for the dog through social media. 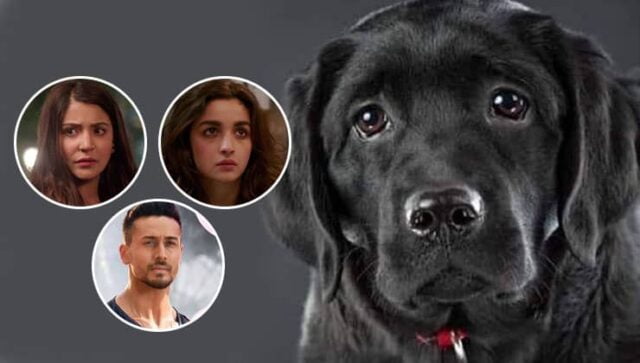 A man witnessed and recorded the accusation and sent it to the dog-owner Christuraj, who further shared it on Facebook with the hashtag #JusticeForBruno. The video went extremely viral on all social media platforms and caused a great outcry, demanding the arrest of the cruelty by Kerala police.

Bollywood Celebs Reacting To The Case

In response to the repulsive act of animal cruelty, the Big screen stars of Bollywood expressed their wrath at the event.

Alia Bhatt, Tiger Shroff, Anushka Sharma, Disha Patani and Malaika Arora took to their Instagram Stories and called them “Disgusting” and “Monsters” and requested the Kerala Police to arrest the three inhumans. 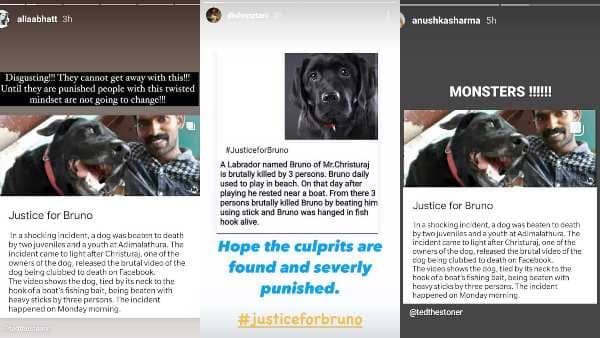 After a lot of retweets and re-shares among Instagram, Facebook, and Twitter, finally, the police arrested the three accused out of which one was a minor boy, under the Prevention of Cruelty to Animals Act and the Indian Penal Code section pertaining to the maiming of animals.

Also Read: Instagram Animal Accounts That Will Take You To Utopia Through Your Feed

On July 2, the Kerala High Court, in an unusual step, ruled that the suo moto proceedings launched by it for the protection of animal rights in the state be renamed “In Re: Bruno” in honour of the departed dog, Bruno.

“We feel that this would be a fitting tribute to the hapless dog Bruno that succumbed to acts of human cruelty, and disturbed by which incident we had initiated these proceedings,” mentioned the court in a heart-warming gesture.

Social Media As A New Court For Justice

Netizens have spoken against animal abuse on many occasions. A number of photos and videos have gone viral in recent times where animals were mistreated, which resulted in a strong revolt from the people.

A similar incident happened a few months back where a video of a guy asking his watchman to beat the dogs went viral on social media, to which many passionately revolted and ensured animal safety in the locality. 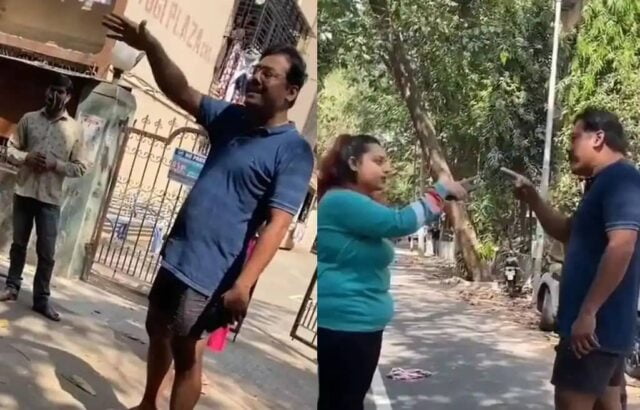 These internet websites offered a voice to those voiceless. However, they also amplified the voices of individuals who want to speak up against acts of violence.

Social media has created platforms for activists, groups and organisations to demand justice, whether it is for animals or for people and is thus, the mother of all these movements like #MeToo, #BlackLivesMatter, #LoveWins which has got global recognition.

It does not simply cover #TwitterCrush trends, political drama and big screen celebrities, but has shown how justice is indispensable and possible for even those who are unable to speak up for themselves, like in the sad death of Bruno.

What are your opinions on the role played by social media to garner justice for Bruno? Let us know by commenting below.

PETA Activist Wants The Word ‘Pet’ Banned; Irony Is Their Own Spelling PETa!