Mahatma Gandhi, the father of our nation, was born on October 2, 1869, and a great freedom fighter who forged India’s independence from British control in 1947 by leading huge nonviolent rallies against poverty and the battle for women’s rights and religious tolerance.

This is exactly what we have all known about Gandhi from time immemorial. We remember him as the epitome of Satyagraha and Ahimsa. But do we know these lesser-known facts about Bapu that we rarely have come across?

Apart from being an integral part of the Indian freedom struggle, he had an interesting personal life! Read more to find out the “lesser-known Gandhi.”

Mohandas Karamchand Gandhi, like many teens, was inquisitive and enjoyed trying new things. During his time in high school, he had a variety of experiences, not all of which were pleasant, but from which he learned a lot.

Mohandas was very much swayed away by his friends to eating meat by being vegetarian. His friend told a lot of stories and the benefits of eating meat.

“Some of our teachers eat meat secretly,” he said. “So do some of our leading men.” “I did not know that,” said Mohan. “Why do they do it?” 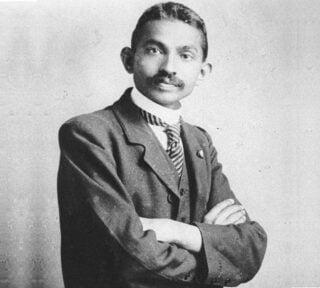 “Meat-eaters grow strong and healthy”, said his friend. “Look at me! I can run long distances. I can do any hard work. And look at you! You are weak, you have no courage.”

“That is true,” thought Mohan. “I am a coward. I am afraid of darkness and ghosts and thieves. Even Kasturba is bolder than I am.”

“Do you know why the English rule over us?” his friend went on. “It’s because they are meat-eaters. If we want to fight them and drive them out we too must eat meat and grow strong.”

Mohandas felt the urge of eating meat to eradicate the British Rule over India. And that’s when he started eating meat and soon he felt that he’s cheating on his parents. After a long while, he realized his mistake and promised not to eat meat anymore.

But his friends were still affecting him in a negative way. Another classmate persuaded Mohandas to start smoking. They had a good time and saw nothing wrong with it. Adult guys smoked; why shouldn’t we? They were quickly dissatisfied with collecting half-smoked cigarettes that others had discarded.

They want their own, yet smokes were expensive. They began by stealing coppers from the wallets of servants, but this was insufficient. Mohan was too self-conscious to ask his wife for money. Finally, he took and sold a little amount of gold from his brother’s armlet.

His guilt pricked him once again and he soon had quit all these mischiefs.

And then, at a very young age, he got married. Let’s know more about his married life.

2. Gandhi As A ‘Jealously Possessive’ Husband

Gandhi was a newlywed teen. In 1882, he was just 13 years old when he married his 14-year-old bride Kasturba. The young couple wasn’t completely into each other at first, but they eventually discovered common ground. After the loss of their first child, he became a staunch opponent of child marriage. 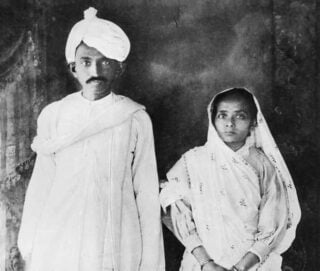 The book read that Gandhi, who married a richer lady when he was 12 years old, was a jealous, possessive guy who constantly doubted his wife and, as a result, took a unilateral vow of celibacy.  This Emotional Atyachaar contradicts his spiritual message of non-violence. His heinous sexual experiments were the cream of the bunch.

Gandhi and Kasturba were married for 61 years, and he is frequently described as a jealous and possessive spouse in his autobiography. She died in 1944 in the Aga Khan Palace in Pune, where she had been imprisoned alongside Gandhi since 1942 for her role in the Quit India movement.

3. His Experiments On A Larger Canvas In London

Gandhi traveled to London to study law in 1888, after assuring his mother and brother that his religious convictions would not be compromised. This was a time when he was exposed not just to poor weather and lousy food, but also to ideas and people who would shape his personality.

He took French, dance, and violin lessons, worked on his English and etiquette, attended Christian meetings, and began his experimentation with truth, nutrition, religion, and value-based life. 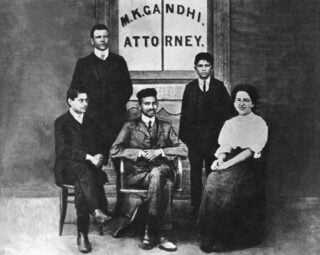 Gandhi was a hesitant vegetarian until he moved to London, held on the path only by his father’s orders and promises made to his mother. He’d eaten meat on the sneak for a year as a youngster, thinking he might do so “freely and publicly” one day.

In London, where he was frequently hungry, he discovered and joined the Vegetarian Society. This was the start of his diet experimenting—fruitarianism, veganism, intermittent fasting, and more. 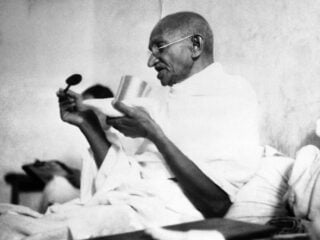 Enthralled reading his life experiences? I’m sure it was shocking for you to read about a man, who you claimed was a simple perfectionist.

On his very birthday today, let’s remember the contributions that he made for the nation, his non-violent approach, his contribution to South Africa’s Freedom Struggle, the Quit India Movement, and a person who tried and tested everything and opted to follow his ethics and simple living.

Happy 152nd birthday to the father of our Nation!

Back In Time: 91 Years Ago, The Salt Satyagraha Led By Gandhiji Began

Holiday looks for your skin! As the festive season commences, give your skin a...

Reviews Brand Voice - October 20, 2021
October 20: While the festive season brings with it a lot of fun and excitement, the holiday stress, binge eating decadent goodies and late...