For a long time now, the title of the World’s richest person is held by either Jeff Bezos, the founder and ex-CEO of Amazon, or Elon Musk, founder and CEO of Tesla and SpaceX.

In January 2021, Musk became the World’s Richest Person for the first time surpassing Bezos who had held the position for a long time before that. It happened when Tesla’s share rose by 720% last year.

Since then, they have exchanged the prestigious position between them a couple of times along with Bernard Arnault, chief of French luxury goods conglomerate LVMH.

Now, Musk has become Number 1 again and the third person in history to surpass the mark of $200 billion net worth. In August 2020, Bezos achieved this milestone for the first time ever, followed by Arnault.

To get a sense of victory over his rival, Musk sent a giant statue of Number 2 along with a silver medal as a mocking gift to Bezos.

This is not the first time that Musk has taken a jibe at Bezos. The two have been competing against each other over the race to space and now over self-driving cars too. Elon Musk tweeted a cat emoji, calling Bezos a copycat indirectly when the latter started working on launching internet-beaming satellites in competition with Musk’s SpaceX. 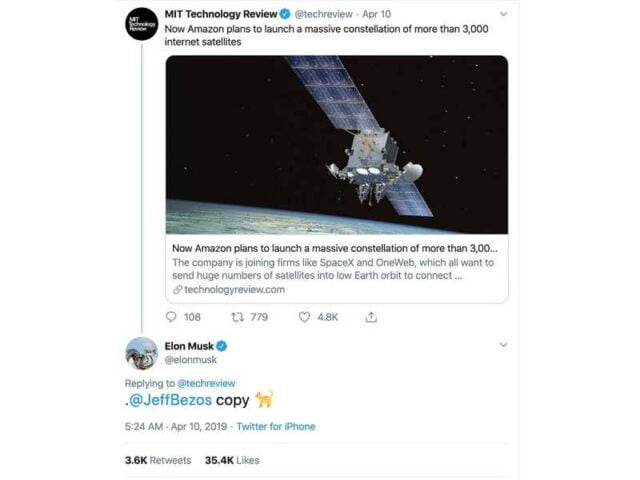 Amazon then acquired Zoox in 2020, a self-driving car company, which is in direct competition with Tesla now. Musk called him a copycat again.

Then one time, Bezos made a comment on Musk’s ambition to colonize Mars in 2019 saying, “My friends who want to move to Mars? I say, ‘Do me a favor. Go live on the top of Mount Everest for a year first and see if you like it—because it’s a garden paradise compared to Mars.’”

In April this year, NASA signed a 2.9 billion dollar worth of contract with SpaceX, instead of Blue Origin (the space company founded by Bezos in 2000). What followed was litigation threats from Blue Origin, which then prompted Musk to take to Twitter. Him being him, he mocked Blue Origin’s lander design. 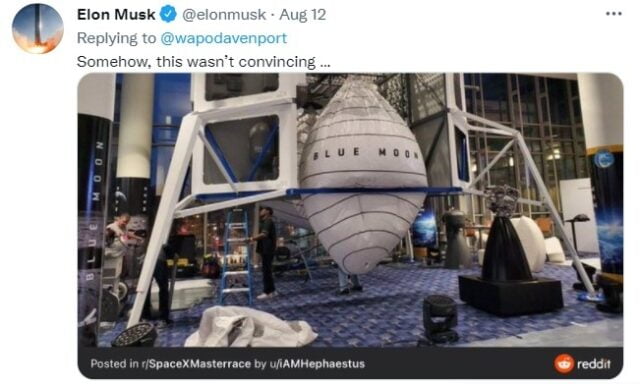 This time, Musk took it one level further by sending a silver medal and a number 2 statue to the Amazon founder. Bezos hasn’t reacted to it yet.

Let’s see for how long Musk maintains his position and what happens if and when Bezos overtakes him.

In Pics: Times When A Single Tweet By Elon Musk Moved Companies’ Shares And Fate