Top-shot entrepreneur Mukesh Ambani has given his opinion concerning the potential of the gaming industry in India. He says that he believes the industry is going to be the next big thing in the country.

Some people would say that gaming is already big news in India. As reported by Lighthouse Insights there are around 250 million mobile gamers in India. It’s estimated that there are 50 million players of PUBG alone and online card and casino games are also popular. For instance, online roulette is one of the most popular games of choice.

There are several different versions of the game available. One software creator alone, NetEnt, provides 8 roulette games for players to enjoy. Despite the currently healthy appearance of the gaming industry, it seems that Mukesh Ambani believes that there is room for further improvement.

Mukesh Dhirubhai Ambani is a billionaire and is the chairman, managing director, and largest shareholder of Reliance Jio Infocomm Ltd. His success in business makes him highly qualified to comment on the potential of gaming in India.

Ambani believes there is huge potential in the industry. He has said that, “Gaming will be bigger than music, movies and television shows put together.”

It remains to be seen whether this is the case but certain factors make it more likely that the prediction will be accurate. These factors include the continued growth of the smartphone market in India. 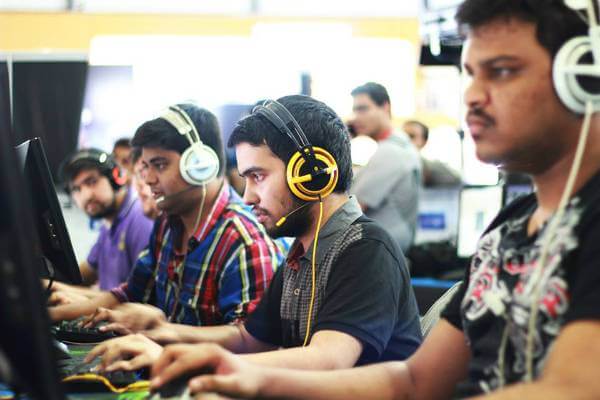 Read More: In Pics: I’m A Girl Who Plays PUBG, And Here Are Some Of The Stupid Stereotypes About This

There is no doubt that the growth in the number of smartphones in India is hugely beneficial to the gaming industry, given that most gamers have a preference for mobile play.

India is a popular destination for mobile companies. This is due to the appetite that Indians have for smartphone use. As reported by Business Standard, research suggests that there will be 859 million smartphone users in India by 2022.

Will Ambani enter the gaming market?

Despite his confidence in the growth of gaming in India, it’s not clear whether Ambani’s own company, Reliance Jio Infocomm Ltd., will enter the market. The company has been successful in attracting 380 million users to its 4G technology, so it may well be that it enters the gaming market at some point.

Whether this happens or not, it seems that Ambani’s predictions about the future of the Indian gaming market are likely to come true. According to a report by KPMG, revenue from the gaming industry in India is expected to rise from 43.8 billion rupees ($610 million) in the financial year ending March 2018 to 118.8 billion rupees by 2023.

There seems to be no doubt that the gaming industry in the country is going to continue being big news. It represents a massive opportunity for entrepreneurs in India who are looking to gain good profits on their financial investments. It remains to be seen whether Ambani’s own company will enter such a potentially profitable market place.