The second episode of Game of Thrones season 8 just got released and the fans were turned in for yet another surprise with Arya Stark having a steamy moment with Gendry (Robert Baratheon’s bastard son).

Unlike any regular sex scene that is associated with the series, this particular one did not go very well with the fans.

They sure had expected a romance to develop between Arya and her traveling companion but this hook up came up pretty unexpectedly, didn’t it?

And so, it wasn’t long before the fans took to social media to express their wonderment and displeasure towards it.

Here’s a compilation of some of the funniest memes and reactions that we could find online:

Arya: man…. I should have gone to podrick #GameOfThrones pic.twitter.com/1AiHHLVfYI

Since I know y'all were wondering it. #GameofThrones #AryaGendry pic.twitter.com/FwkMPfML1k

Also read: Instagram Will Soon Hide Your Likes. Are You Ready For It?

A girl is no more a girl.
A girl is a woman now. 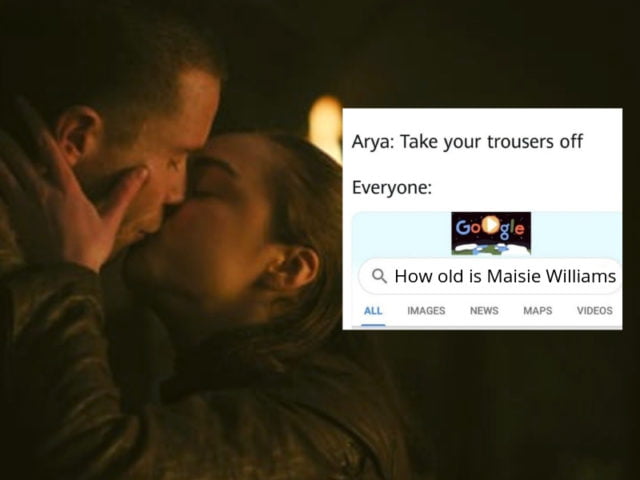 Arya: I’m not the red woman, take your own bloody pants off.

When people see incest and rape on Game of Thrones: “Whatever, it’s normal I guess.”

When Arya and Gendry, two people who are not related, are now both adults at this points, and have genuine romantic feelings for each have normal sex: pic.twitter.com/zoUtLEnmF6

*When Jon finds out abt Arya n Gendry*
*when he remembers he needs every last man*#AryaStark pic.twitter.com/j2VPhhEPhB