Climate change is a hot topic these days and Greta Thunberg, the 16 year old Swedish climate activist is the show-stopper for it.

Thunberg has attained mass popularity and praise from around the world for her attempts at saving the environment and recently even spoke at a climate summit at the United Nations in New York a few days back.

Her passionate speech where she called out world leaders for failing young kids like her and throwing the safety of environment into the fire-pit (pun not intended) just to focus on the economy got her thunderous applause.

Her emotional words on how she was still lucky and that there were kids sick and dying along with how humanity is slowly approaching a mass extinction struck the cord with many people.

No one will forget her snap at world leaders with strong words, “How Dare You!”

Thunberg first came into the spotlight in 2018 when at the age of 15 she skipped school for several weeks to peacefully protest outside the Swedish parliament asking the government to focus on climate action.

She has stopped flying for some years now, along with her family, and attended the UN conference by taking a carbon neutral boat to New York.

Thunberg’s address at the 2018 United Nations Climate Change Conference resulted in student strikes all across the world.

India also took part in it with several young kids taking a step forward to save their environment. One of them is Ridhima Pandey and her story is as inspirational as Thunberg.

So let us put aside Greta Thunberg for a second and take a look at the young talent trying to bring a change from our own country. 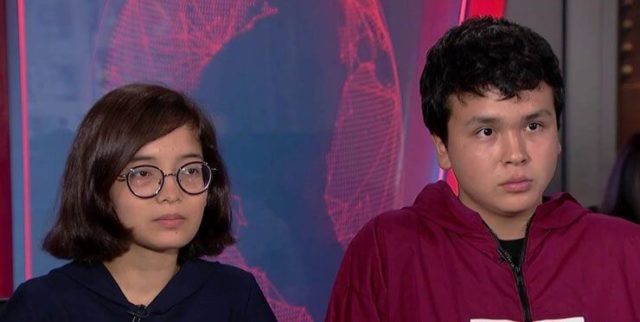 Who Is Ridhima Pandey?

Ridhima Pandey from Nainital, Uttarakhand moved with her family to Haridwar some six years ago.

It was there that she noticed the Kanwar Yatra, an annual festival held in the region, getting affected by the strange weather where the temperature was high both during summer and winter months.

The hotter weather had in turn affected the Ganges river causing its water level to go down. The recent droughts had only further impacted the water level and thus created an issue with people carrying out the religious rituals, centered around the river, during the festival.

According to her bio on the #childrenvsclimatecrisis site, she said that,

The few times it does rain, it rains very heavily. The rain causes the Ganges to reach the danger mark, threatening floods, and the increasingly intense rainstorms overwhelm the local infrastructure.

With her father Dinesh Pandey being an environmental activist who runs an NGO in Uttarakhand, it was no surprise that Ridhima had such in-depth knowledge of the climate change issue.

However, it was when she witnessed the 2013 devastating Uttarakhand floods where more than 5,000 people lost their lives, that she really decided to take charge of the situation. 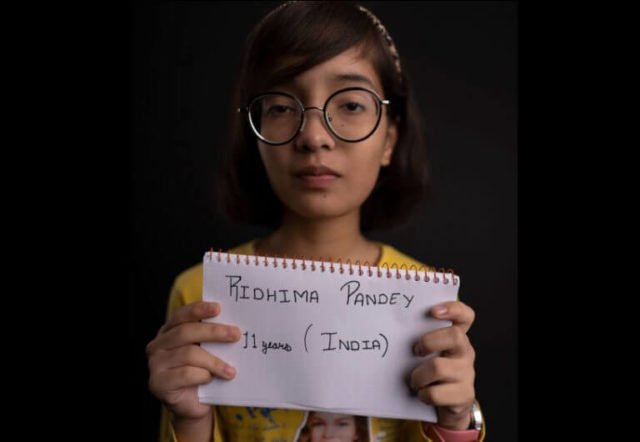 At the age of 9 most of us are doing something completely superficial like buying that toy we’ve been eyeing in the nearby shop or enjoying life.

The most about environment we were concerned about at that age was planting 1 single tree, that too reluctantly, during a school event.

However, Ridhima Pandey at that soft age was suing the Indian government, accusing them of not focusing on climate-related issues.

Her complaint stated how the policies and laws taken by the Indian government were not beneficial to the climate or created positive climate change. She also added that these policies were not enough to stay in accordance with the limits set by the Paris Agreement.

Pandey in her case mentioned that the courts should order an assessment by the government of their industrial projects in relation to climate issues, create a national climate recovery plan and also make a “carbon budget” to limit carbon dioxide emissions.

Pandey in 2017 gave an interview to The Independent and commented her feelings on the matter saying that,

“My government has failed to take steps to regulate and reduce greenhouse gas emissions, which are causing extreme climate conditions. This will impact both me and future generations. My country has huge potential to reduce the use of fossil fuels, and because of the Government’s inaction, I approached the National Green Tribunal.”

She also demanded that the government tries out alternatives to fossil fuels, and as per reports, “protect forests, grasslands, soil, mangroves, engage in massive reforestation and improve agricultural and forestry practices.”

Although her case was dismissed by the tribunal, who said that the Environment Protection Act, 1986 covered the demands she sought, she did gain recognition. 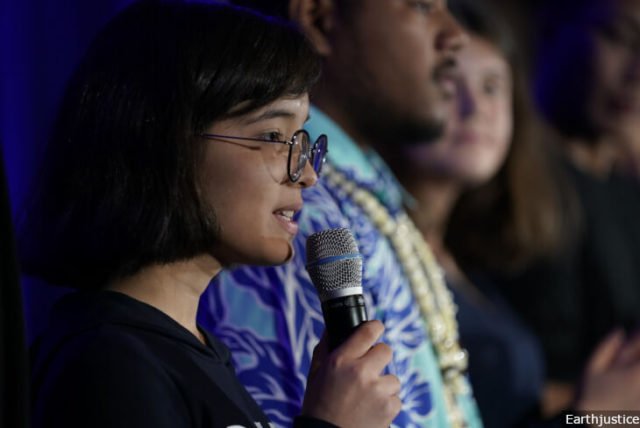 Read More: Should We Create Or Consume To Save Our Environment?

Apparently, Ridhima after her own country, decided to take things to the next level by targeting the big one… the United Nations (UN).

Ridhima is currently among the 16 teenagers who are suing UN about climate change. On 23rd September during the UN Climate Action Summit these 16 brave kids filed a legal complaint against the UN.

They have argued that the failure of these nations to properly and appropriately address the climate crisis is violating their human rights.

Their petition argues how these countries are not fulfilling the international treaty of UN Convention on the Rights of the Child which demands that countries ensure to provide the health and well-being of children.

Incidentally, India has not been included into the list of countries complained against.

However the reason for this is because just like US, China, Russia (who are also omitted from the list) India has not signed the optional protocol which lets children complain about them to the UN Committee on the Rights of the Child.

However, the petitioners in the complaint have alleged that all members of G20 (which India is a member of) along with major economies are not taking the necessary steps to:

Rahul Choudhary, a lawyer representing her at the NGT said this about Ridhima:

“For someone so young, she is very aware of the issue of climate change and she is very concerned about how it will impact her in future.”

He further added, “That a young girl is doing so much to draw the government’s attention is something. We hope the case puts some pressure on the government to act.”