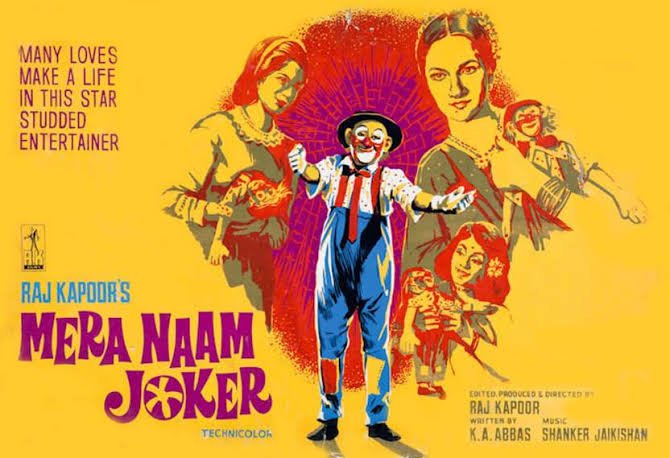 A movie’s success at the box office depends on a lot of factors that work as one cohesive unit to tell the audience a beautiful story.

While artistic skills are something that the producers and the directors are in control of, they often forget to take the audience into account. And, it is the audience that decides if the movie becomes a box office flop or faces success.

Let’s take a look at few of those famous Bollywood movies that started as a flop but eventually went down in history as classic cult movies.

Not only that, the trend-setting ‘bromance’ movie has transcended generations and is still a relevant movie, even after 45 years of its release.

This classic 1970 Raj Kapoor-directed movie was a massive flop. Based on the tragic life of a circus clown, because of its run time of 5 hours, this movie was disliked by the audience and the critics, in spite of its brilliant plot and acting talents. Unconventional in every way, Mera Naam Joker was Rishi Kapoor’s debut film.

Later in 1972, the movie had to be released in the Soviet Union as three different parts and was re-released in the ’80s with a screen time of 3 hours and 44 minutes.

Although this Raj Kapoor’s epic autobiographical tale was initially considered a critical and economic failure, it soon went down in history as one of the best movies under the RK banner.

Ashutosh Gowariker‎’s Swades fell flat at the box office when it released in 2004. Swades is a story of an NRI man, played by Shahrukh Khan, who goes back to his roots and helps his homeland to grow.

Although this story of nostalgia and love for the homeland was loved by critics, it was a commercial flop as it was tagged ‘ahead of its times’. Many consider the timing of the release to be the reason for its failure. ‎

In 2004, SRK had two other films which were blockbusters and the excited audience went to the theatres for his third, Swades, only to find it to be nothing like the masala/romantic movie he had done previously.

Also, the fact that Gowariker‎’s previous film was an exciting award-winning movie- Lagaan, which made the audience expect something entirely different from a movie like Swades.

ALSO READ: A 100 crore movie could be Stupid & Hit. A good movie can Flop in Bollywood-land

A movie that inspired hundreds of youth to join the Indian Military Academy, was a flop when it released in 2004.

Based on the tense times between India and Pakistan regarding territorial dominion, Lakshya is a movie about a lost soul who finally finds his purpose by serving the nation as he joins the Indian Army.

The movie wasn’t appreciated by the audience as it was too long for their liking and it also had few similarities with movies like L.O.C. Kargil, which had released 9 months earlier.

It wasn’t quite time-appropriate either, as it was based on the Indo-Pak border tensions but got released when the two countries were signing peace treaties.

In this modern era of multiplexes, a film’s success is judged on its run during the weekdays. Tamasha had a decent start but it failed to attract the crowd once it was Monday.

Although this Imitiaz Ali movie had a brilliant story which got amplified by A.R. Rehman’s soothing music, the movie failed to grab attention from the trailer itself.

Along with poor marketing, the movie didn’t have any target audience as such, as it was a story of a guy who steps out of the corporate rat race to answer his true calling.

With an audience that mostly prefers commercial movies, an unconventional movie like Tamasha was expected to fail only to be considered as a relevant story loved by the urban crowd of millennials.

Although Bollywood is a storyteller’s paradise, it mostly relies on big names like the ‘Khan trio’ or raunchy dance numbers to please its audience. While some movies find economical success without all that, some fail to do so. What movies did you like, even though it failed at the box office?

Watch: Moments In The Last Decade When Hindi Cinema Made Us See Life In A Different Way