Home Entertainment Did Badshah Really Steal Lyrics From A Poor 85 YO Bengali Folk... 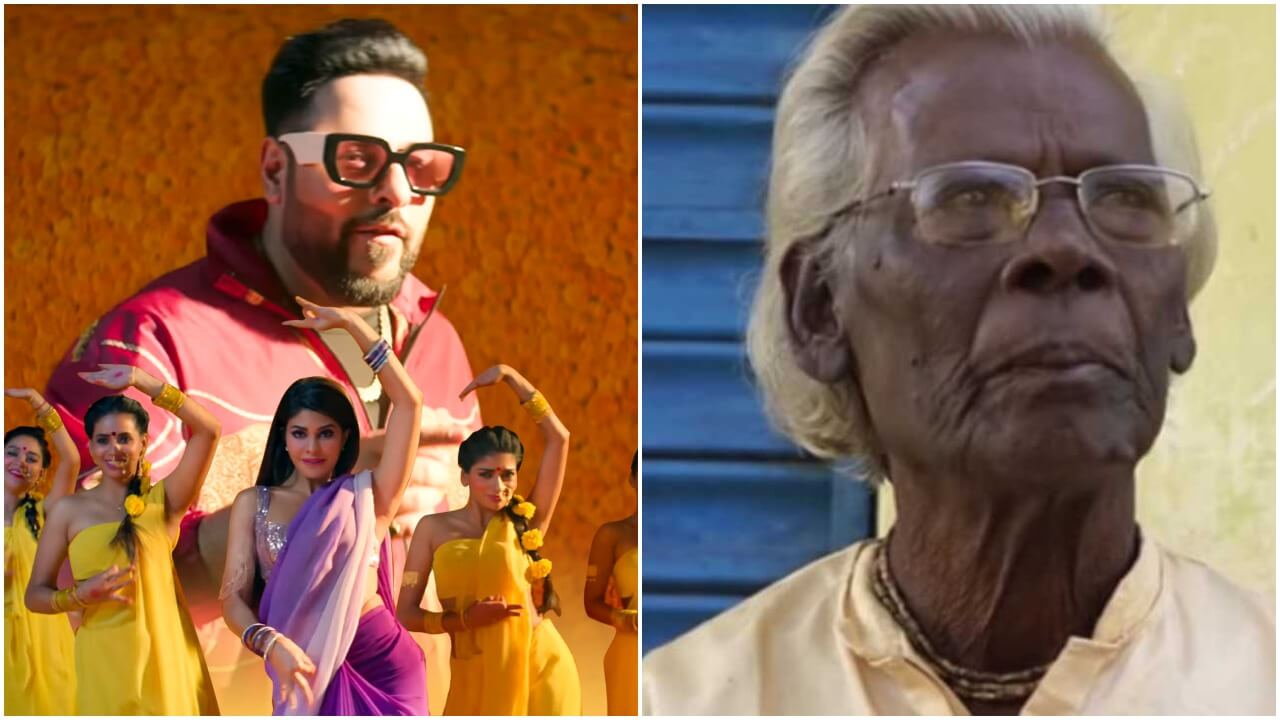 Bollywood or Indian industry is no stranger to copying work from other places and slapping the Indian sticker on it, making bucket loads of money off it.

The Indian musical industry especially has some golden artists who are known to openly plagiarising beats, lyrics and tunes from other artists, usually foreign and giving them an Indian name.

Some of them include music producers like Pritam, Anu Malik etc. who have been alleged to copying other people’s works. Many of their famous songs that initially cemented their name as credible musicians later turned out to be copied from other artists.

The latest one to join this brigade though is so called Indian rapper, Badshah’s song ‘Genda Phool’ featuring Payal Dev, and starring Jacqueline Fernandez.

It has been reported that Badshah apparently stole lyrics from Ratan Kahar, an  85-year-old songwriter who wrote the song ‘Borloker Bitilo’ way back in the 1972 for singer Rajkumar Saha.

In the chorus of this new song the lyrics, “Boroloker bitilo, lomba lomba chul, Emon mathay bnedhe debo lal genda phool (The rich man’s daughter has long hair, I want to tie a marigold on it)” have been taken as it is from the original song.

Here is Kahar singing the song:

The social media storm arose because nowhere has the original writer been given credits for the lyrics or song in any form.

Speaking to a Bengali website, Kahar actually said that, “I wrote the song Boroloker Bitilo. The music, the words, everything is mine. Now, if people are dishonest, what can I do? I am extremely poor. Many people have taken my songs, but have not given me credit. They can’t write their own songs. They used my songs as their own. I live in a hut. I write songs of the soil. I don’t have the financial strength to drag them to court.”

This is also not the first time he has had to go through this as back in 1976, Swapna Chakraborty also took his song and released an adapted version of it, all without giving him any credit.

In an interview with News18 he also said that, “I felt really bad. I wrote and sang the song in 1972. Shouldn’t I get some recognition for it? When I was first showed the song, I couldn’t believe this.”

“I am 85 years old. I still write and sing songs. Music is everything I have, I cannot imagine a life without it. I really do not want anything much, I don’t want money either. All I ever wanted was due credit and recognition. If the song has been written by you, wouldn’t you want the same?” said Kahar.

Read More: Differences Between People Who Listen To Music And Those Who Don’t

Many people on Twitter were incensed by it and started to expose this plagiarism:

#Blasphemous @Its_Badshah has stollen the "Gaada Ful" song from Ratan Kahar without seeking express consent from or giving any credit to the original composer.@YouTubeIndia must immediately withdraw this video from their site with an apology to the Bengali community.#GendaPhool pic.twitter.com/VDC3yo7lc6

. @Its_Badshah is it true that "Genda Phool" is not your song?
Someone posted its RATAN KAHAR performing his classic hit GENDA PHOOL from his residence in Shiuri (Birbhum district, West Bengal). Hope original composer get credit. https://t.co/tZUmxNXAk1 #BhulaDunga50M pic.twitter.com/STzjfKKCau

When you realise that the music video of the song has had over 65 million views on YouTube you really have to imagine how much exposure the original artist lost out on.

Time to shell out some money and credits, Mr. Badshah?