The coronavirus outbreak has turned the world upside down just in a matter of three months.

Man has been exploiting nature recklessly for a long time now. However, the COVID-19 pandemic makes it look like humans are now ready to surrender their atrocious practice of harming nature and animals.

The virus that has taken more than 55,000 lives is showing a positive impact on nature and wildlife, making it look like a lesson to humans. It seems like man is realizing his mistake and this viral disease is giving him a chance to make it right.

A Chinese City Bans Eating Of Cows And Dogs

Noticeably, the Chinese are said to have a culture of eating animals in a notorious way which is not only condemnable but an unacceptable practice.

Rumour also has it that the coronavirus outbreak was due to Chinese people eating bats that resulted in the evolution of a mutant coronavirus infecting humans. 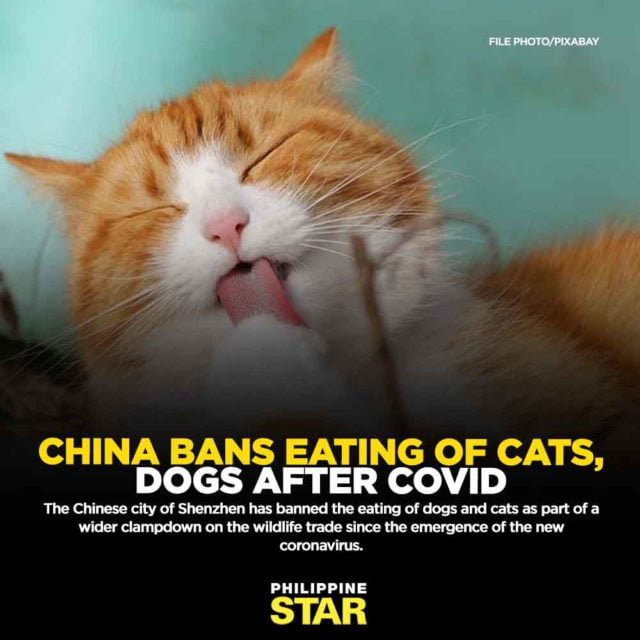 While it is still not clear if the eating of bats is the main reason behind coronavirus; eating such exotic animals is itself not recommended (Endangered Wild Animals People Notoriously Eat).

Considering the same, Shenzen, a small city in China becomes the first one to ban the eating of cats and dogs. The Chinese authorities have decided on the welfare of both wildlife and the human race.

Under this new law, the sale and consumption of cat and dog meat in this city is banned and strict action will be taken against the violators of this rule.

The news was welcomed by animal lovers worldwide and is a response to keep up the spirit of human civilization.

“This really could be a watershed moment in efforts to end this brutal trade that kills an estimated 10 million dogs and 4 million cats in China every year,” said Dr. Peter Li, China policy specialist for HSI.

Another positive impact of the coronavirus on wildlife is that Thailand has set 78 elephants free who were held as prisoners in an elephant park for a long time. 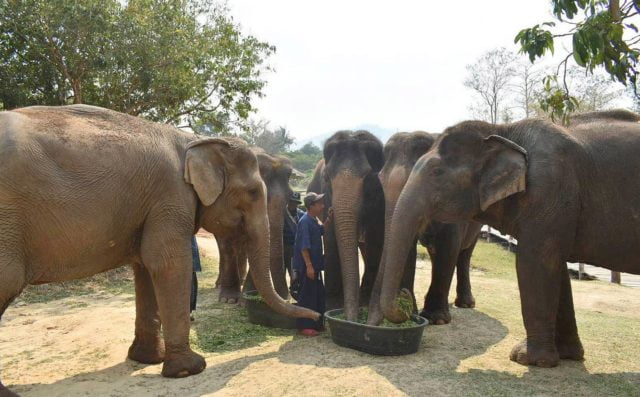 This elephant camp in a small city in northern Thailand is famous among tourists for its elephant rides. As fun as it sounds to us humans, these rides are a burden on the poor animals and they were kept captive with a heavy log of wood on their back.

This activity was prevalent in Thailand for 44 years and has recently been called off due to the COVID-19 pandemic.

Read Also: Angry Nature Has Its Own Way Of Getting Back At Us; Hitting Us At All Levels

According to the park authorities, this step was taken due to a fall in the number of tourists visiting the park and the government’s order to close the park.

Considering the same, the authorities had a change of policy for visitors and now the elephants are allowed to roam freely in their natural habitat while the tourists can watch them from a distance. This comes as a relief to wildlife enthusiasts as the sport of riding on an elephant is permanently called off in the city.

Botha Chailert, President of the Chiang Mai Tourism Business Association and the Maetaeng Elephant Park, said a large number of elephant centers around Thailand were also facing closure due to the decline in tourists’ visits.

Man Is Realizing The Importance Of Free Animals

Although the coronavirus is giving a tough time to everyone around the world, it is showing a positive impact on the environment and wildlife.

People in power are reconsidering the ongoing animal cruelty in the world and the debate over animal rights has taken a new turn due to this pandemic.

The animals were undoubtedly becoming captives of mankind and people were relentlessly exploiting them to make a business. Man’s indifference towards the animal world itself screamed that a break was needed and a change had to be brought in. Urgently! Even sadistic crimes towards animals were on a scary rise.

It looks like the much-needed change is coming in the form of a viral disease and is teaching us, humans, the importance of free animals and the need to be kind towards nature, which was forgotten long ago.