The entire world is facing an unprecedented enemy in the form of the novel coronavirus.

The virus that was first detected in December 2019 in a small city of Wuhan in China has taken over the entire world in a short span of 3 months.

Coronavirus has caused more than 18,000 deaths worldwide and considering the trends in the progression of COVID-19, it seems there is no stop to it anytime soon. 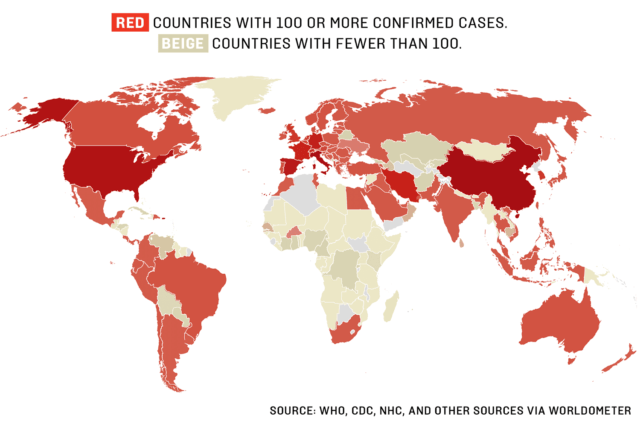 The rapid pace at which the virus is getting spread is nerve-wracking and all the affected nations are trying their best to gain control over this apocalyptic element.

What Measures Are Taken?

Following in the footsteps of China, all big nations like Italy, Spain, USA, India, had to impose a complete lockdown to ensure that the virus infection gets restricted.

Complete lockdown of all these nations is making their economy hollow and the after-effects of the lockdown are as dreadful as the virus itself.

We understand that the health of the nation and their citizens comes first before anything and are grateful for our governments to consider that. But the aftermath of the same can be another challenge shortly.

Let’s have a look at how the virus has affected the functioning of the world.

The global economy is the worst hit with the stock market going down like never before.

According to experts, the world will see a similar kind of blow as of the 2009-2010 recession.

Alone in India, “a single day of a complete shutdown which entails zero production of goods and services involves around Rs 50,000 crore of real GDP and hence a 10-day shut down would be Rs 5 lakh crore or 3.4 percent of GDP i.e., from around Rs 146 lakh crore in FY20 to Rs 141 lakh crore,” as per the data presented by First Post.

According to Economic Times, Moody’s has slashed India’s GDP growth in 2020 to 2.5% from approximately 5.4%.

You tried accessing the mobile version of Economic Times from a non-mobile device. We feel this desktop version suits your device better.
Take me back to the Mobile Versionx 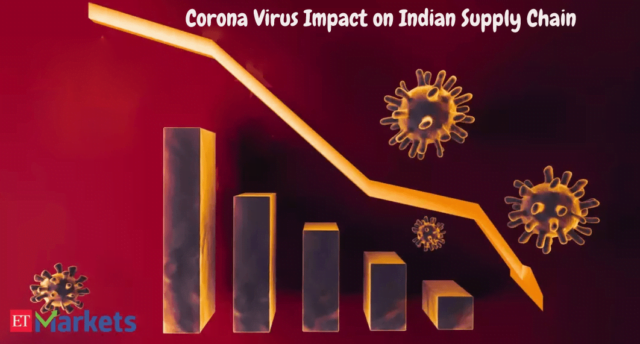 The coronavirus pandemic has a huge impact on the travel and tourism industry.

India is facing a crippling loss in the same amidst the crisis. With all domestic and international flights banned, visas canceled and no resolution over the timeline for the same; the country’s tourism sector is heading towards irreparable damage.

“As the news of the virus started picking up from November, the percentage of cancellations started going up in this segment exponentially and is reaching a peak of almost 80 percent now in March in many Indian locations. The value at risk from this segment will be in multiples of tens of thousands of crores,“ the CII assessment report said. 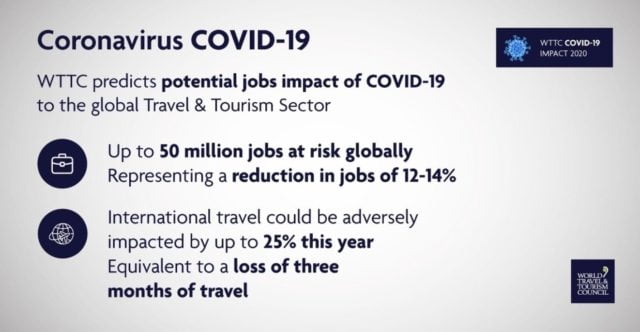 Read Also: List Of Where To Order Food, Groceries, Medicines, Veggies From During COVID-19 Lockdown

This pandemic is making the education crisis at its all-time worse.

With schools and colleges being closed for over a month, the future of these children is also at stake. According to a report by UNESCO, considering the shutdown is in over 156 countries having made 1.37 billion children deprived of education during this crisis which means a total of 83% of students worldwide are impacted.

Humans are proved to be social animals and socializing with friends and family is an instinctive behavior.

However, the shutdown prohibits people to step out of their house or gather together in public and has limited them in a kind of house arrest. While it is indeed the need of the hour in the current scenario, when you look at the situation in the context of mental health issues, this move is a major hurdle for those suffering from it.

Another social consequence of this lockdown is that it might induce mental health issues ranging from anxiety to depression among people as confinement or restriction over freedom of movement can easily make a sane person into a lunatic.

Whereas, on the other hand, If we take a look at it, the world seems to be a quieter place. It sounds less chaotic, less cruel, less competitive.

The coronavirus pandemic is showing a major positive effect on the environment. According to reports, the air is cleaner than before, pollution levels have drastically decreased, the water is clearer, the birds can be heard chirping and the animals are rejoicing this eerie, uninterrupted silence.

It seem to be a different kind of world for them. A world which they don’t fear to live in and nature is giving them back all the time to recover.

It was evident that we, humans, were becoming very selfish and reckless with nature. Nature was exploited by us without any guilt. Nature gave us many warnings about stopping our madness via climate change, bushfires, glacier meltdowns, irregular earthquakes and floods; but we did not care about it and kept harming it in the worst way possible.

Maybe, they say it perfectly: ‘Karma is real and spares no one’.

Since we have been messing up with nature for a long time now, it looks like angry nature got back at us and we are just serving the fruit of our action in form of this viral pandemic!

Nature has hit us at so many levels: social, economic, political (war), personal, educational, mental. It’s like its payback time! It’s like nature has told us that the planet belongs to humans, animals, environment, everyone and not just us. We don’t own it, we have to co-exist harmoniously. Poaching, eating, hurting, torturing large, exotic, endangered, speechless animals and wildlife…what has it led us to?