Twitteratis trended the hashtag #15000CroreBauxiteScamInAP on Tuesday all day long. Read what it is all about.

The Bauxite Scam In Andhra Pradesh

Nara Lokesh, the National General Secretary of Telugu Desam Party (TDP), alleged that the Jaganmohan Reddy-led Andhra Pradesh Government is involved in a Bauxite Scam worth 15,000 crores in the Vizag district of Visakhapatnam.

Allegedly, the government has laid a road for the YSRCP (Yuvajana Sramika Rythu Congress Party) mafia to steal Bauxite, an ore of Aluminium, in the Manyam region of Vizag district.

A 30-feet wide road has been laid over a 14-km stretch for easy transport of the ore that connects directly to Kakinada Port. From there, it would be shipped to foreign destinations, alleges a TDP leader.

This road has been constructed in the protected forest region for which 10,000 trees were cut down. It is a massive loss of biodiversity and adds to the menace of climate change. To justify this construction, the government said that this is done for a remote village of 250 people. 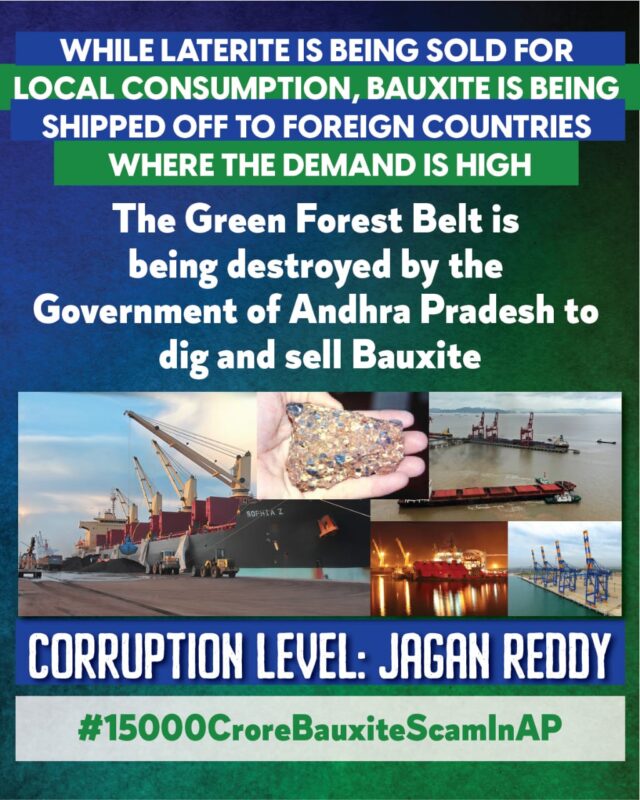 The State President of the party Kinjarapu Atchannaidu said, “This is where the great Sri Alluri Seetharama Raju fought the Britishers using Guerilla warfare.”

It implied that the site where our ancestors fought the colonizers is where this mass-level scam is happening which is a disregard to history and everything that our ancestors stood for. 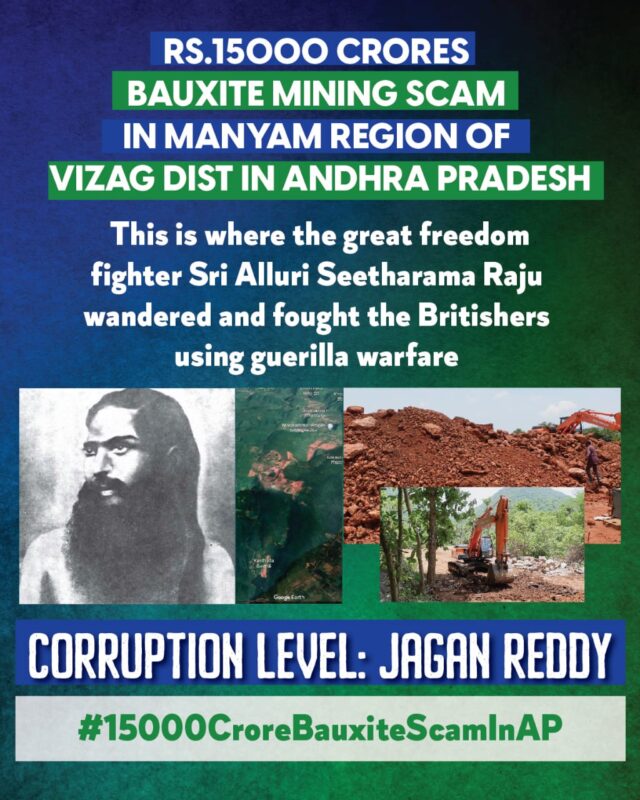 Former minister Nakka Anand Babu also claimed that the road was constructed using the NREGS Fund and demanded a CBI probe into the matter.

APCC leader S. Sailajanath claimed that the Chief Minister is cheating people in the name of development, and that the government is mining bauxite in the name of laterite, a low-quality ore of aluminum. It is found on the surface, but bauxite is found 50 meters in depth. 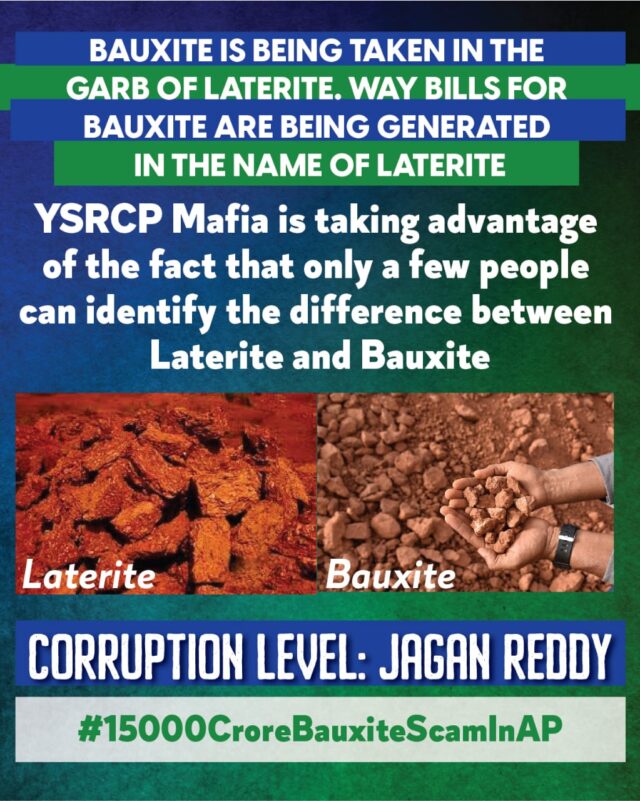 Since laterite and bauxite look alike, it is hard for a layman to differentiate them.

Netizens are demanding a probe into the matter.

Know All About The Fake Vaccine Registration Scam Of India