Home Politics Delhi People Have A Right To The Govt. They Voted For: Centre... 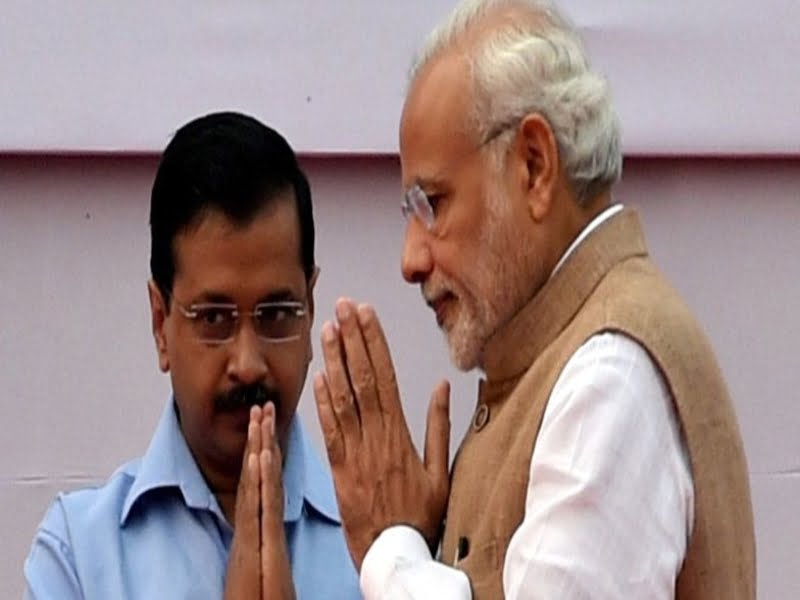 The Centre and the Aam Aadmi Party are no strangers when it comes to creating hindrances in the way of each other. The Arvind Kejriwal government and the Centre have locked horns on a range of issues in the past, especially appointment of officials. It’s like when one party is up on the rise, the other tries to pull them down and this case is no different.

What did AAP get accused for now?

The General Administration Department of the Delhi Government cancelled the appointment of nine advisors of the government, after receiving a clarification from the Ministry of Home Affairs.

In their defense, the Home Ministry argued that these appointments were made without the consent of the Centre and had been done “by an agency not competent under the law to do so.”

This seemed absurd, as the Order was already cleared by Delhi Lieutenant Governor Anil Baijal but rejected by the Home Ministry later, who pointed out that these posts hadn’t been approved by the Central Government as required under a 1997 circular, and reiterated in 2015.

Does this move have another flip side to it?

Given that BJP has already been at the end of a fair share of backlash in recent days revolving around the Kathua and Unnao rape cases, this could be taken as a propaganda to attack the Aam Aadmi Party’s reputation in Delhi.

Along with accusing the BJP, the Deputy Chief Minister of Delhi Mr. Manish Sisodia has also accused Delhi’s Lieutenant Governor of political vengeance.

“Modi government’s order to remove Delhi government advisors is a conspiracy to derail education revolution in Delhi. Real intention of the order is to paralyze our government work, since no BJP government has been able to deliver anything on education & health.”

Also Read: Based On This Report Of AAP Govt’s Work In Delhi For Past 2 Years, They Seem To Have A Bright Future

Who were the ministers whose appointments got cancelled?

One of the ministers, Raghav Chadha took to Twitter to vent his dissatisfaction where he praised the “impressive diversionary tactics by the MHA, at the behest of BJP. To divert attention from spate of rapes, cash crunch etc. an opportune time to rake up non issues with AAP like retrospective sacking for a post I held for 45 days in 2016 for a paltry sum of Rs 2.50.”

Only four out of the total nine officials are currently working with the Aam Aadmi Party whereas the rest 5 worked in the past/never worked for the party before.

It’s funny, how the Center can do this given how Aam Aadmi has the required public support it needs, by not allowing Ministers like Atishi Marlena who has been key in the revolution of the educational reforms in Delhi, to not work alongside the Delhi Government.

Are they trying to bring down Aam Aadmi Party only because they performed well in the education and health sector?

But sacking Atishi Marlena goes a long way to say that Aadmi Aadmi Party is headed in the right direction.

Rather than politicizing every issue and trying to blame the opposition, it is high time political parties start talking with their actions for the benefit of the people.

This latest tussle between the Center and the Arvind Kejriwal government comes at a time when the row over the disqualification of 20 AAP lawmakers for holding offices of profit as parliamentary secretaries is yet to be settled.

Sources: The Hindu, NDTV, The Times of India +more