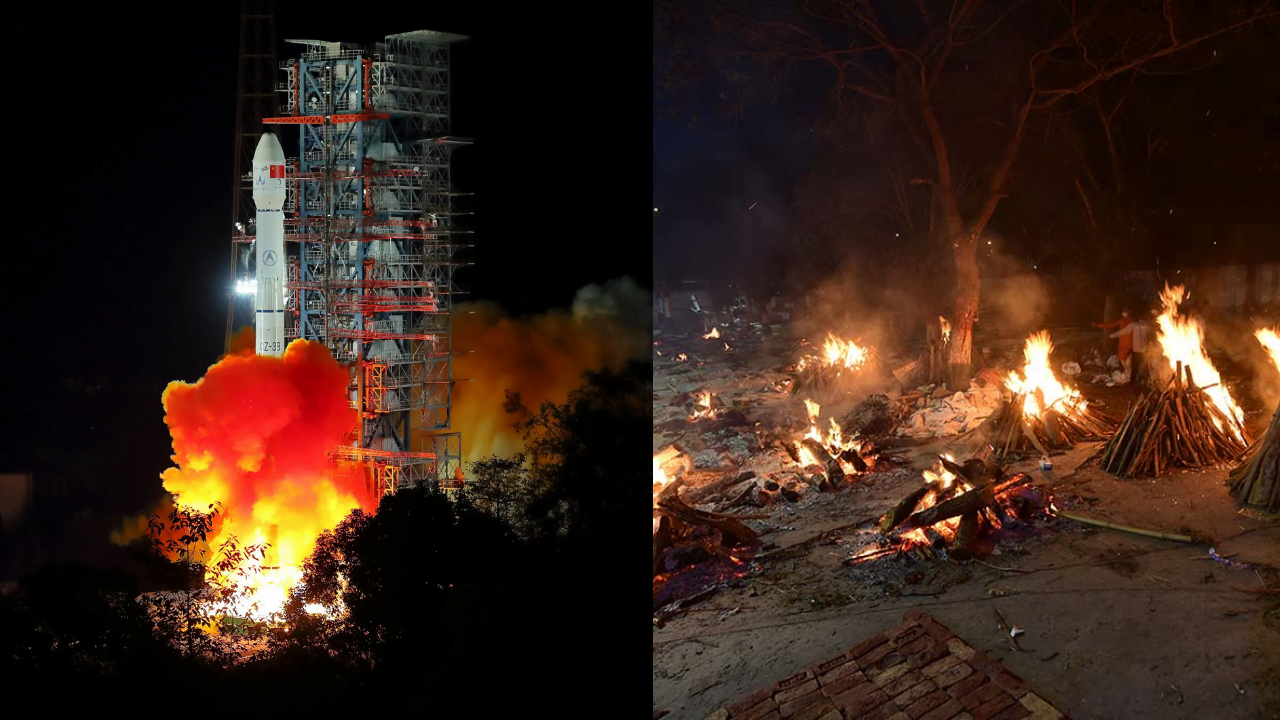 A post on the Chinese site Weibo, a well-known microblogging website in the country,  showed a picture of a rocket dispatch in China close by a photograph of the collections of COVID casualties being incinerated in India. 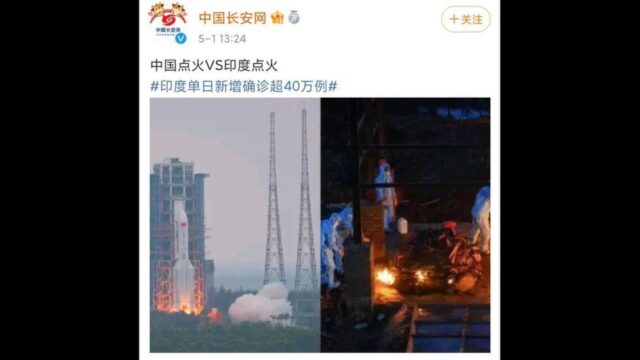 The post, which showed up on Saturday evening, has since been deleted. It came a day after the nation turned in the first to record an excess of 400,000 new cases inside a 24-hour time frame.

It was allegedly distributed by a Chinese law authorization organization – the Communist Party’s Central Political and Legal Affairs Commission which has a great many supporters on Weibo.

The Commission for Political and Legal Affairs is a powerful wing of the CPC. It is tasked with overseeing police officers, prosecutors, and courts. It is currently headed by Guo Shengkun, a member of the political bureau of the CPC’s central committee.

Also Read: A Personal Account Of Crossing The Border Between Nepal And China

How Did Chinese Citizens React?

The post was roundly criticized for being insensitive and inappropriate. “Hold high the banner of humanitarianism at this time, show sympathy for India, and firmly place Chinese society on a moral high ground,” wrote Hu Xijin, the editor-in-chief of China’s Global Times.

Public reacting to the post, which was subsequently shared utilizing screen captures, composed that it was “unseemly” and that China “should communicate compassion toward India at such times”.

“Every country encounters disasters! Not to mention that in times of the pandemic, every country is involved,” said, lawyer Wang Peng. “From the propaganda point of view this is a classic case of propaganda failure,” added another person in support. “This is so inappropriate for an official account, it does not represent the people of China.”

What Does China Have To Say?

“The human race belongs to a community with a shared future,” Xi said. “Only through solidarity and cooperation can all countries across the world defeat the pandemic finally.” Xi also expressed his willingness to strengthen anti-pandemic cooperation with India and offered to provide support and help.

The post was soon deleted after backlash and responding to a question from Hindustan Times on the same issue the Chinese Foreign Ministry said, “The relevant picture mentioned in your question, we currently cannot find it on the relevant Weibo account. What we want to emphasize is that China has been paying close attention to the development of the epidemic situation in India. China is doing its utmost to support India in fighting the new round of the epidemic.”

China’s advances came at a time when diplomatic relations between the two countries have been at their lowest point in the backdrop of the months-long military standoff along the Line of Actual Control.

India is battling to adapt to a staggering second flood of COVID, with emergency clinics doing combating to treat patients amid an ongoing deficiency of beds and clinical oxygen.

‘Don’t Need Army, China Will Not Have Guts To Come Inside If You Use Indian Farmers’: Rahul Gandhi Jokes Again