Have you ever had that feeling when you hear something senseless, and you don’t have any words to react to it, but then you need to use all the words your brain possibly knows to scream in anguish and disbelief due to what you just heard? Well, I have that feeling every time Rahul Gandhi opens his mouth to say anything.

Without any rhetoric or story, here are the exact words Mr. Rahul Gandhi, the future of this country, uttered:

“If you use India’s labourers, India’s farmers, India’s workers, you will not need the Army, Navy and Air Force to be standing over there. China will not have the guts to come inside.” 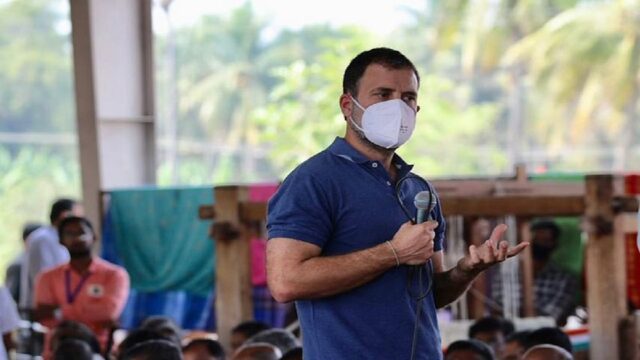 From saying that he would put a machine on the moon which will produce gold output with potatoes as input, to staring at journalists cluelessly for 10 minutes, and now saying that we don’t need the armed forces to guard our borders, Rahul seems to be too much under parental pressure to perform well.

With upcoming state assembly elections, Congress’s prodigal son addressed a gathering of the weavers’ community in Tamil Nadu and attacked the Modi government quite bluntly. I get that attacking the ruling party is the opposition’s only job, but that at least has to be done well.

He linked the bad performance of the Indian economy to friction between Indian and Chinese troops at the borders.

Mr. Gandhi was very confident that if Indian small business owners were stronger economically, the Chinese president, whose name I’m sure he doesn’t really know, would be wearing Indian shirts. 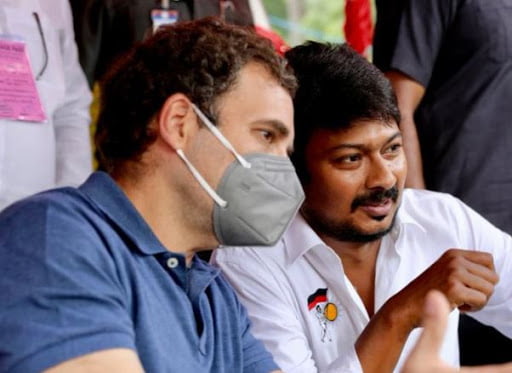 He went on to say that the Chinese would have been driving cars made in India if it was not for the Modi government which helps only a handful of rich businessmen and drives the economy down.

“I can guarantee you, that Chinese people would be driving Indian cars”, he said.

In All Seriousness – What Is Wrong With Congress?

In 2008, the Indian National Congress signed an MoU with the Communist Party of China and there was a big ruckus in the country when they tried to hide it. The Supreme Court had to ask, ‘How can a political party sign an agreement with a foreign political entity?’

But we received no answers for that. INC does such a thing and on top of that, lets Rahul Gandhi say whatever he wants in public. Please don’t misunderstand me. Nor am I a Modi bhakt, neither am I anti-Congress. But this is too much to digest.

I urge Rahul Gandhi to spend one day at the borders of India and China, or Pakistan for that matter and come back without getting his soul scared to death.

The farmers of India work in peace because the military guards the borders. The Indian Army, Indian Navy and Indian Air Force are all absolutely capable of protecting the country and they’ve done it for more than 7 decades.

The problem is politics and politicians. There is no need to drag the armed forces into this and try to create disturbance between jawaan and kisaan. If either ceases to exist, India wouldn’t survive a day.

And for all those trying to understand Rahul Gandhi’s words like Rohit in ‘Koi Mil Gaya’ tried to understand mathematics, I feel you. Exactly the same emotion here.

How The Indian Music Industry Is Losing Rs. 200 Crore In Revenue?